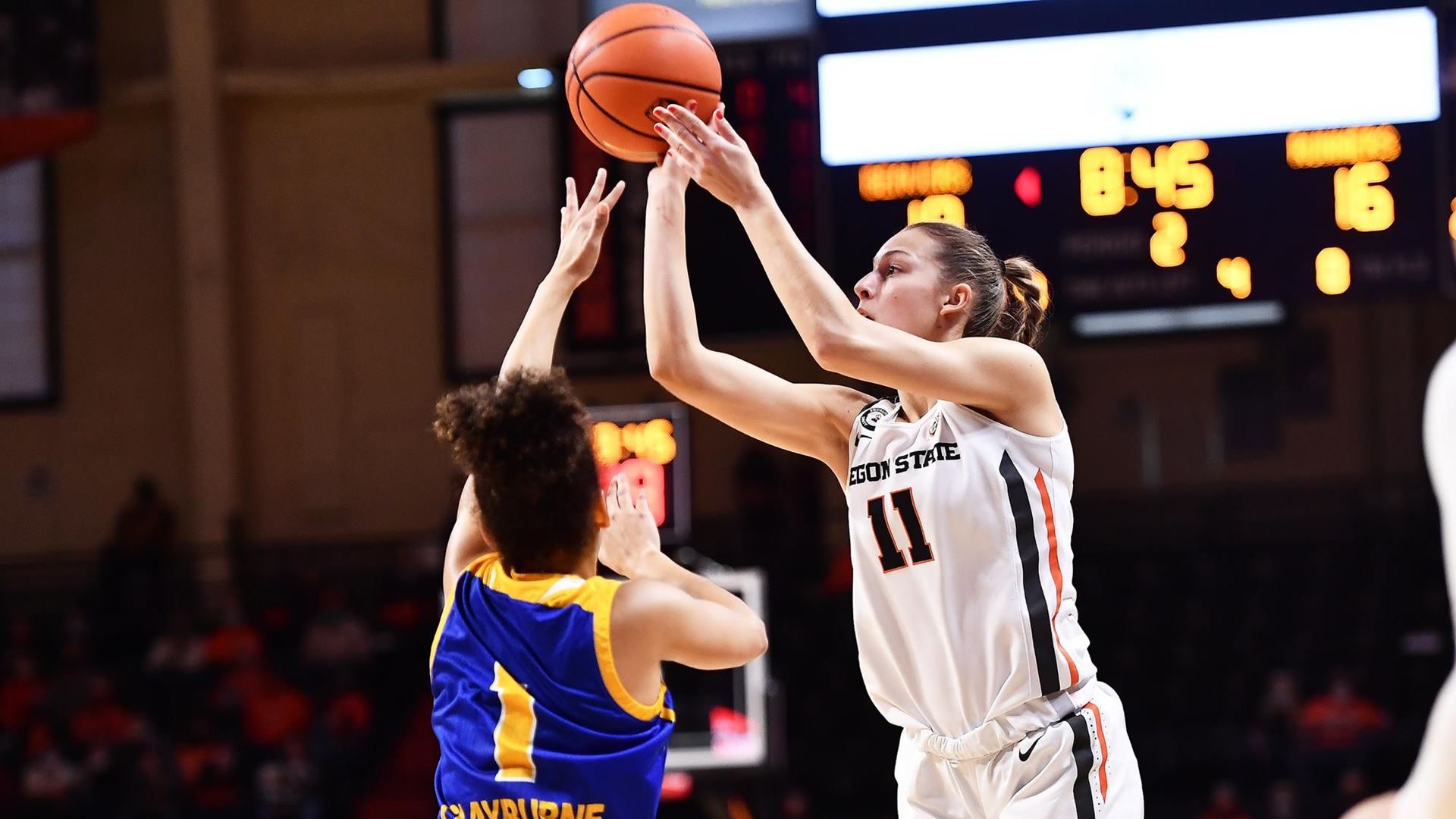 Pellington, a senior guard, scored all 12 of her points in the second half as the Wildcats (12-1, 2-1 Pac-12) got back on track after losing their last game at USC.

The Beavers final hope went awry when the in-bounds pass at midcourt was deflected.

Bendu Yeaney led the Wildcats with 15 points. Taya Corosdale scored a career-high 19 points for the Beavers, hitting 6 of 8 from the field with a team-high eight rebounds.

Corosdale’s 3-pointer from the left wing with 3:42 left put the Beavers on top 51-49 for the first time since early in the third quarter.

Talia von Oelhoffen’s top-of-the-key jumper increased the lead to 53-49. But Arizona came back to score the game’s final six points.

Pellington scored eight points in the first five minutes of the third quarter after going scoreless in the first half, helping the Wildcats surge ahead, 38-34.

Ariyah Copeland’s three-point play gave Arizona a 45-39 lead late in the third quarter, and it sent Oregon State forward Kennedy Brown to the bench with her fourth foul.

Arizona: With the departure of leading scorer Aari McDonald, who was the No. 3 overall pick in the 2021 WNBA Draft by the Atlanta Dream, Arizona is not the same team that lost to Stanford in last season’s national championship game. But the Wildcats remain formidable.

Oregon State: Due to COVID-19 issues, the Beavers were playing their first game in 25 days. Five of their games were postponed or canceled. Taylor Jones, who is second on the team in scoring and rebounding, was unavailable for the Arizona game due to an unspecified injury.

Arizona: The Wildcats will be at Oregon on Saturday.

Oregon State: The Beavers will host Colorado on Monday.