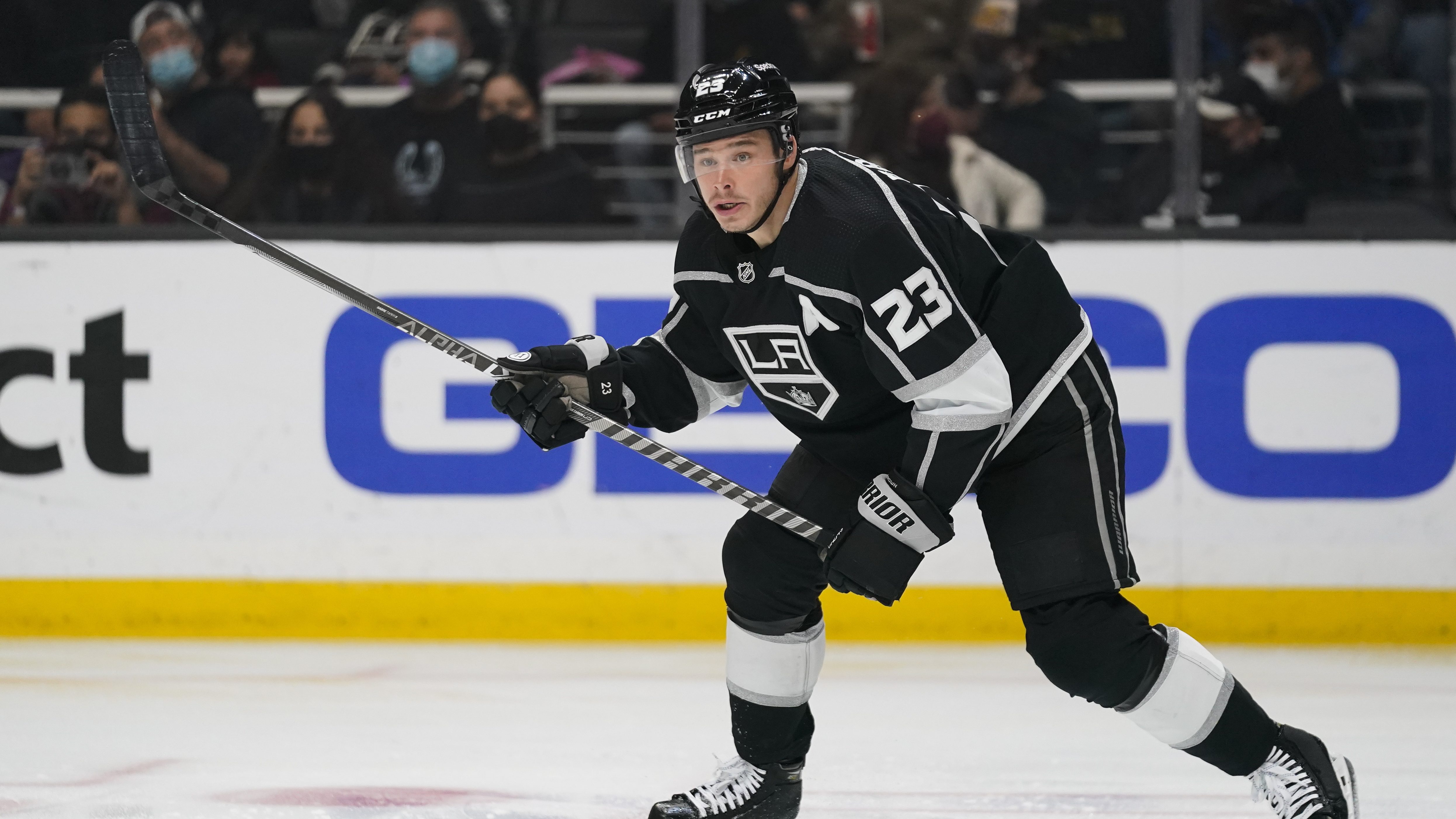 LOS ANGELES (AP) — Mikey Anderson, Viktor Arvidsson and Anze Kopitar scored in a span of 1:23 of the third period and the Los Angeles Kings won their third straight, 6-2 over the Pittsburgh Penguins on Thursday night.

Dustin Brown had a goal and an assist to reach 700 career points, Sean Durzi had a goal and two assists, and the Kings went 5-2-0 on their seven-game homestand. Jonathan Quick made 27 saves.

Shortly after the Penguins tied it at 2 1:37 into the third on Zohorna’s one-timer, the Kings seized control for good. Anderson reclaimed the lead with his first of the year on a shot from the blue line that Jarry seemed to lose track of. Arvidsson made it 4-2 on a one-timer 10 seconds later, and Kopitar got his second goal and third point at 4:30 to cap off the scoring blitz.

Brown put the Kings up 2-1 with 5:28 left in the second for his 700th point. He grabbed the rebound of Durzi’s shot and scored his first power-play goal of the season from close range.

Durzi scored from the right point with 1:40 to play, with Brown getting the primary assist for his 701st point.

Brown has 322 goals and 379 assists in 1,266 career games, all with Los Angeles. He is the seventh player in franchise history with 700 points.

Letang extended his point streak to six games by forcing an own goal off Quick’s right skate with a centering pass 4:42 into the game. It was Letang’s first goal to go along with nine assists during his strong run of play.

Kopitar canceled out the mistake with 6:12 left in the opening period, getting to a loose puck in the slot and beating Jarry with a wrist slot to tie it 1-all.

NOTES: Kings F Trevor Moore had two assists, giving him five points during a three-game streak. … Kings F Samuel Fagemo made his NHL debut. Fagemo was a second-round pick in the 2019 draft. … With three support staffers unavailable because of COVID-19 protocols, Aisha Visram served as athletic trainer for the Kings. Visram, who is head trainer for Los Angeles’ AHL affiliate, is believed to be the first woman to work on the bench of a NHL regular-season game in any capacity, according to the Professional Hockey Athletic Trainers Society and Society of Professional Hockey Equipment Managers.

Kings: At Seattle on Saturday night.