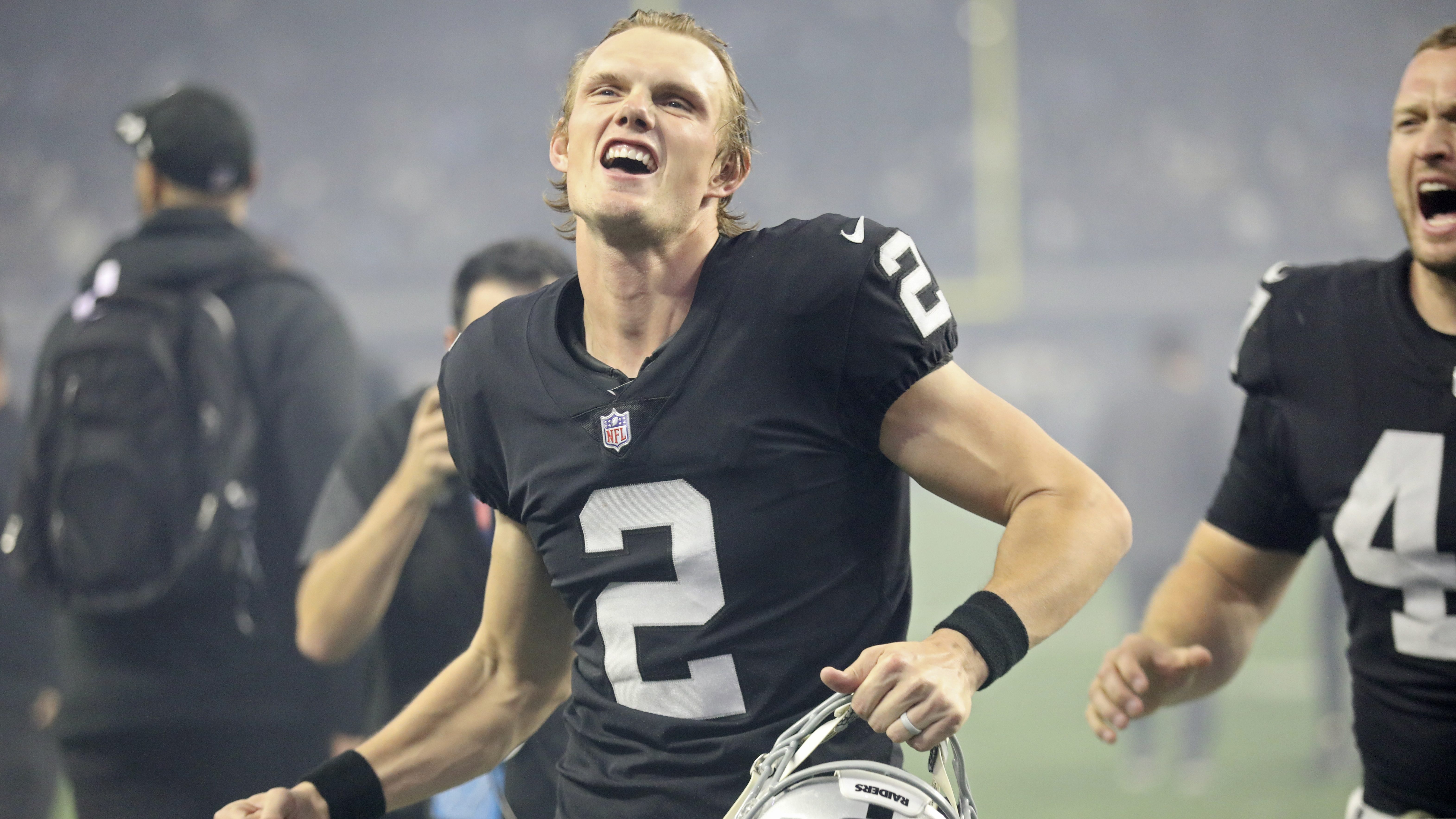 Daniel Carlson’s latest clutch field goal for the Las Vegas Raiders earned him some fans from across the country.

Carlson’s overtime winner from 47 yards on Sunday gave the Raiders a 35-32 win over the Chargers and clinched a playoff berth for the Pittsburgh Steelers by avoiding a tie.

Steelers fans were appreciative and made donations to charities that Carlson has been affiliated with over the years.

Carlson sent a message on Twitter telling the Steelers to “please thank your fans who are generously donating to charities I’ve been involved with! I’ll add some links below for any others who would like to join in on the fun! PLAYOFFS!!!”

Michele Tafoya hits a milestone during Sunday’s playoff game between Pittsburgh and Kansas City when she works her 325th NFL game from the sidelines. After that, it will be only two more games before she closes the book on that part of her career.

Tafoya announced on Tuesday that her final NFL game will be NBC’s broadcast of the Super Bowl from Inglewood, California, on Feb. 13. She will remain in broadcasting, but has decided not to reveal her future plans until likely after the playoffs.

“I just feel very grateful,” Tafoya said. “It is bittersweet for me. The only sweet in it for me is that I’ll get a little more time with my family and I’m going on to pursue, and this is something I wanted to do for several years now, to pursue some other opportunities that are really meaningful to me.”

Tafoya has worked more combined primetime and playoff games than any sideline reporter. She started on ABC’s “Monday Night Football” in 2004 before it went to ESPN two years later. Tafoya then moved to NBC in 2011.

Tafoya said she has been planning to transition away from sports for a while, but the COVID-19 pandemic slightly delayed those plans. Her final game will be next month’s Super Bowl from SoFi Stadium not far from where she grew up in Manhattan Beach.

Besides the NFL, Tafoya worked two Summer Olympics with NBC and has four Sports Emmy Awards for Outstanding Sports Personality-Sports Reporter. It will also be her fifth Super Bowl.

Five of the six games this weekend are rematches of 2021 regular-season games. That’s the most for the wild-card round in league history, though it must be remembered that the 2020 season was the first with six games in that round.

Skip to Week 11, when the host Bengals routed the Raiders 32-13. That same week, the Patriots won a blustery, cold Monday night game at Buffalo 14-10. But three weeks later, the Bills went to Foxborough and won 33-21 to grab first place in the AFC East, which they held on to.

The Buccaneers went to Philadelphia in Week 6 and won 28-22, while the Steelers were hammered by the Chiefs 36-10 in Kansas City in Week 16.

Eight teams in the previous five years have rebounded from at least one regular-season loss against an opponent to win in the wild-card round. Last season alone, Baltimore beat Tennessee, Cleveland knocked off Pittsburgh, and the Rams beat Seattle in such scenarios.

Grudge matches take place in the Cincinnati locker room where Burrow’s chess board has been a fixture since training camp. He was a big fan of “The Queen’s Gambit,” the 2020 Netflix series about a chess prodigy.

“I’ve been playing chess since elementary school, back in indoor recess days and it got too cold and we would play chess,” said Burrow, who grew up in rural southeastern Ohio. “So I’ve been doing that for a long time.”

Burrow, who desperately hates to lose at anything, is 0-2 in matches against cornerback Chidobe Awuzie, who has yet to lose to anybody on the team.

“I had to get a little better from the first (match) and then started putting a little pressure on him,” Burrow said. “I think the next game we have might be a little different.”

The AFC North champion Bengals face the Las Vegas Raiders in the opening round of the playoffs on Saturday.