MENOMONEE FALLS, Wis. — Menomonee Falls’ number one sports fan and photographer Jon Cline was limited in the sports he could participate in as a child due to having epilepsy.

“Growing up, I wasn’t allowed to leave the house unless I had someone else by my side,” recalls Jon. “Having seizures made it difficult to learn or remember things because everything I’d been taught that day in school was washed from my memory. I would wake up from having a seizure and wouldn’t remember where I was or anything that happened that day.

“My parents were relentless in trying to find help. I was accepted at Gillette Children’s Hospital in Minnesota to see if I was a candidate for what was then a newly developed seizure surgery. However, after a month of intense testing, it was determined I was not. Shortly after that, I entered an experimental drug program, and three years later, I became seizure free. It has now been 28 years since my last seizure.”

As a youngster, Jon played soccer but had to give up the sport once his team advanced to practicing headers. Hitting a soccer ball with your head is not recommended for persons with seizures. He then joined a bowling league, which he played on until he became too old for the league.

Teachers have always been instrumental in Jon’s life. In seventh grade a teacher encouraged him to join the track team to throw shot put and discus. Jon stuck with it all the way through high school. Upon entering his senior year, Jon remembers track coach Joe Hennes saying to him, “We could use someone like you to help the football team during practice and game nights.” After graduation, Jon continued to help the football team from 1998 to 2001. On game nights he would prepare everything the players needed for the games, taking their equipment to the football field. He has fond memories of that time.

After landing on unemployment, he returned to WCTC for additional training and obtained certificates in photography, desktop publishing and small business. While covering community events, high school sports, parades and concerts for Falls Cable Access, Jon decided to turn his hobby into a full-time business.

During the high school baseball season summer of 2016, Jon mentioned to the Fall’s athletic director that he was looking to grow Cline Design. The AD asked if Jon would be interested in doing photography at high school sporting events. They set up an appointment, and the rest is history.

Jon has expanded his business to include family photos, senior pictures and business headshots, as well as small weddings. He also enjoys creating video presentations of pictures for weddings, funerals, reunions or company productions. Jon will take pictures of whatever the customer needs.

Some of the more memorable sporting events Jon has covered include state events during the 2017-2018 fastpitch season, the 2018 and 2021 baseball seasons, the 2020 football season and, more recently, the 2022 boys basketball season. He says it is difficult to pick a favorite sport since they are all so different, but “one thing that’s the same in all the events I cover are the friendships I make with parents, athletes and grandparents, along with other community members.”

Two years ago, Jon was featured in The Falls Neighbors. “The title was Capturing the Present to Preserve the Past for the Future,” he recalls. “I liked that title so much that I now use it for my business motto. It’s especially meaningful to me because when I was young, I always looked at pictures in photo albums. Because of my epilepsy, I can’t remember events from my childhood, so I’ve always lived through the pictures.”

Jon has a busy summer coming up. He will be photographing the Sunset Concert Series, Distinguished Young Woman’s state competition in Franklin, and capturing the Menomonee Falls Hospital Foundation’s Wheeling & Heeling for Cancer, in addition to many other local events. 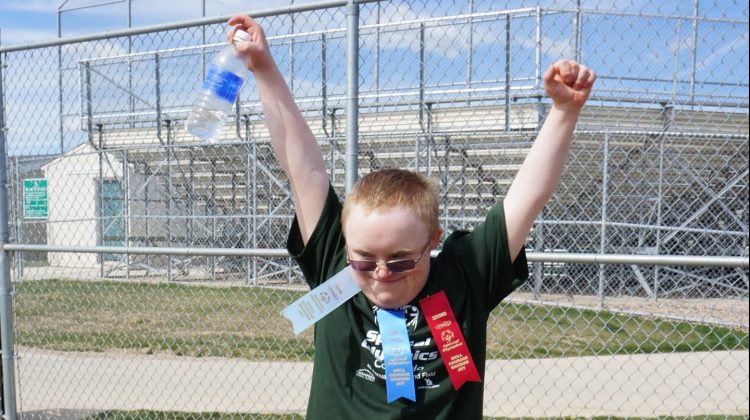 After a couple years’ hiatus, Poudre and Thompson School Districts are thrilled to bring back…