MISSISSAUGA, Ontario — Jason Pinizzotto grew up learning to play hockey in Lorne Park. As his skill improved, he joined the Don Mills Flyers and then the Mississauga Reps hockey teams. At 15 years old, he was drafted to a Junior A hockey team, the Oakville Blades, where he led the team in goal scoring. In the summer of 1997, he was drafted into the OHL to the Barrie Colts as a 3rd round 47th overall pick. The team was not a good fit for Jason, and he moved on to play for the Saint Mike Majors, whose home rink at the time was Maple Leaf Gardens. After finishing high school, Jason returned to playing Junior A in Orillia.

“That was two of the most fun years of my life,” remembers Jason. “Some of my best friends were on the team, and we are all still tight twenty-something years later.  In one of those seasons, I had 140 points, which was more than  anyone else in Canada.”

Unsure if he wanted to play professionally or pursue further education, Jason first accepted an OHL package and attended York University. Four years later, he packed his belongings and headed to Germany to play professional hockey. “I went there as a 25-year-old and stayed till I was 38, playing in some pretty high-level European leagues,” remembers Jason. Both Jason’s two daughters were born in Germany. Wanting to bring some stability to his family after years of travelling, Jason retired from professional hockey, and the family returned to Canada permanently.

Back in Ontario Jason and his brothers founded P3 Hockey @p3hockeyacademy. The academy runs many hockey programs, including summer camps, team training programs as well as development programs. Putting his many years of hockey expertise to use, Jason has also coached in the GTHL for the past four years. In the fall, he is excited to join the Blyth Academy Prep School to coach their U18 team.

Although he never fulfilled his childhood dream of playing hockey in the NHL, Jason enjoyed his time playing professional hockey in Europe. He is happy that he continues to carve a career out of a sport he loves. 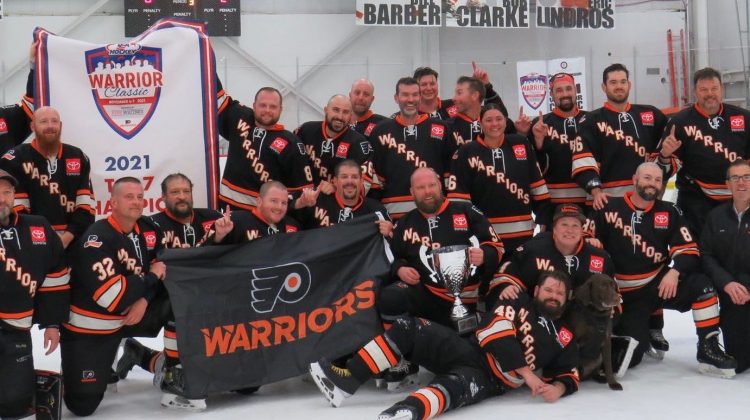