It was a game that propelled Erling Haaland further into soccer’s wider consciousness, earned Takumi Minamino a dream move to the English Premier League, and made American coach Jesse Marsch go viral with an animated, expletive-laden halftime speech. Salzburg’s comeback against Liverpool in an epic Champions League match two years ago also stood out for […] SEOUL, South Korea (AP) — Son Heung-min’s late goal gave South Korea a 2-1 win over Syria on Thursday and kept his team unbeaten in its Asian qualifying group for the 2022 World Cup. Son shot home from close range with one minute remaining to put South Korea on top of Group A after three […] 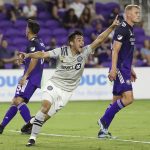 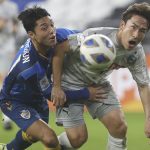 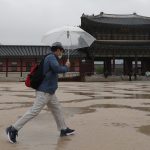 South Korea says it will allow baseball fans to return to the stands beginning Sunday as health authorities outlined a phased process to bring back spectators in professional sports amid the COVID-19 epidemic.

Next Page »
We use cookies to ensure that we give you the best experience on our website. If you continue to use this site we will assume that you are happy with it.OKPrivacy policy