As Oliver Marmol transitioned into a coaching career with the St. Louis Cardinals, it became clear that he had the potential to become a big league manager one day. That day has arrived — a little earlier than expected. The 35-year-old Marmol was promoted from bench coach to the majors’ youngest manager on Monday, taking […] 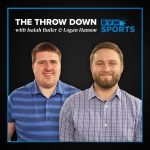 LAS VEGAS (AP) — Vladimir Tarasenko broke a tie midway through the third period in the St. Louis Blues’ 3-1 victory over the Vegas Golden Knights on Wednesday night. Jordan Binnington made 42 saves, and Brandon Saad and Ivan Barbashev added goals for the Blues. St. Louis won all three games on its season-opening trip, […] 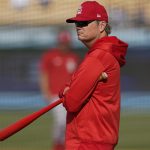 The Cardinals fired manager Mike Shildt over philosophical differences within the organization Thursday, just one week after St. Louis lost to the Los Angeles Dodgers in the National League wild-card game. Cardinals president John Mozeliak said the firing was “something that popped up recently,” but he declined to expand on what he called “philosophical differences.” […] 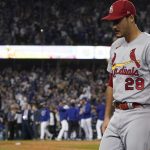 It took the biggest winning streak in franchise history to get the St. Louis Cardinals into the playoffs. It took one swing of the bat to end their season. Now, after the Dodgers’ Chris Taylor hit a walk-off homer in the ninth inning of the NL wild-card game, Los Angeles is headed into the divisional […]

Next Page »
We use cookies to ensure that we give you the best experience on our website. If you continue to use this site we will assume that you are happy with it.OKPrivacy policy