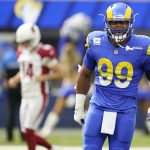 SEATTLE (AP) — Even before making the move to the NFC West, Matthew Stafford could get a sense for the intensity of when Seattle and Los Angeles get together. His first taste of the Rams-Seahawks rivalry will come in a place he’s never won before. “I could feel it from afar when I wasn’t here,” […] 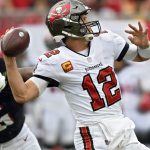 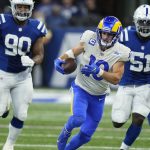 THOUSAND OAKS, Calif. (AP) — Cooper Kupp realizes he isn’t in charge of how high he sits on the NFL’s receiving charts, so he isn’t terribly impressed by his lofty perch early this season. When Kupp isn’t getting many targets, the Los Angeles Rams receiver focuses on blocking, acting as a decoy or doing anything […] 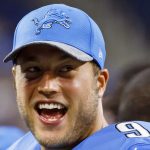 The Detroit Lions removed Matthew Stafford from the COVID-IR list, saying he received a false positive test result — and drawing the ire of the quarterback’s wife toward the NFL.