NEW YORK (AP) — Calgary Flames forward Blake Coleman was suspended for one preseason game and one regular-season game without pay Thursday for boarding Winnipeg Jets forward Jansen Harkins. Coleman was assessed a minor penalty for boarding at 6:15 of the second period in the Flames’ 3-2 exhibition loss at Winnipeg on Wednesday night. The […]

Time to cheer on the hometown Canucks for their home preseason game against the Calgary Flames on Sept. 27.

CALGARY, Alberta (AP) — The Calgary Flames signed defenseman Connor Mackey and forward Brad Richardson on Wednesday. The 24-year-old Mackey agreed to a two-year deal with an average annual value of $912,500. He made his NHL debut for the Flames last season, finishing with a goal and two assists in six games. After playing at […]

Kraken to play exhibition games in Spokane, Everett and Kent

The Seattle Kraken will take the ice for the first time in Spokane for their exhibition opener, with the NHL expansion franchise touring around the state of Washington while their arena renovation is completed. The Kraken announced Friday they will play home preseason games against the Canucks in Spokane on Sept. 26, the Oilers in […]

CALGARY, Alberta (AP) — Matthew Tkachuk scored twice and the Calgary Flames beat the Vancouver Canucks 6-2 on Wednesday in the NHL’s regular-season finale. The game was the third in a row between the teams to close the season after the Canucks’ schedule was pushed back by COVID-19 outbreak. Dillon Dube, Andrew Mangiapane, Brett Ritchie […]

VANCOUVER, British Columbia (AP) — Thatcher Demko had 38 saves and the Vancouver Canucks withstood a late barrage Tuesday and held on for a 4-2 victory over the Calgary Flames. Tyler Myers, Travis Hamonic and Brock Boeser each had a goal and an assist for the Canucks. Rookie Nils Hoglander rounded out the scoring for […]

VANCOUVER, British Columbia (AP) — Elias Lindholm scored the overtime winner and the Calgary Flames bounced back after blowing a four-goal lead in the third period to beat the Vancouver Canucks 6-5 on Sunday night. The Canucks and Flames have already been eliminated from playoff contention and face each other twice more to end the […]

CALGARY, Alberta (AP) — Elias Lindholm and Matthew Tkachuk each had a goal and an assist in the Calgary Flames’ 4-1 victory over the Vancouver Canucks on Thursday night. Rasmus Andersson and Andrew Mangiapane also scored, Jacob Markstrom made 24 saves and Johnny Gaudreau had two assists. Matthew Highmore scored for Vancouver, and Thatcher Demko […] 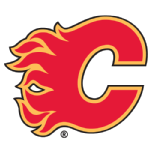