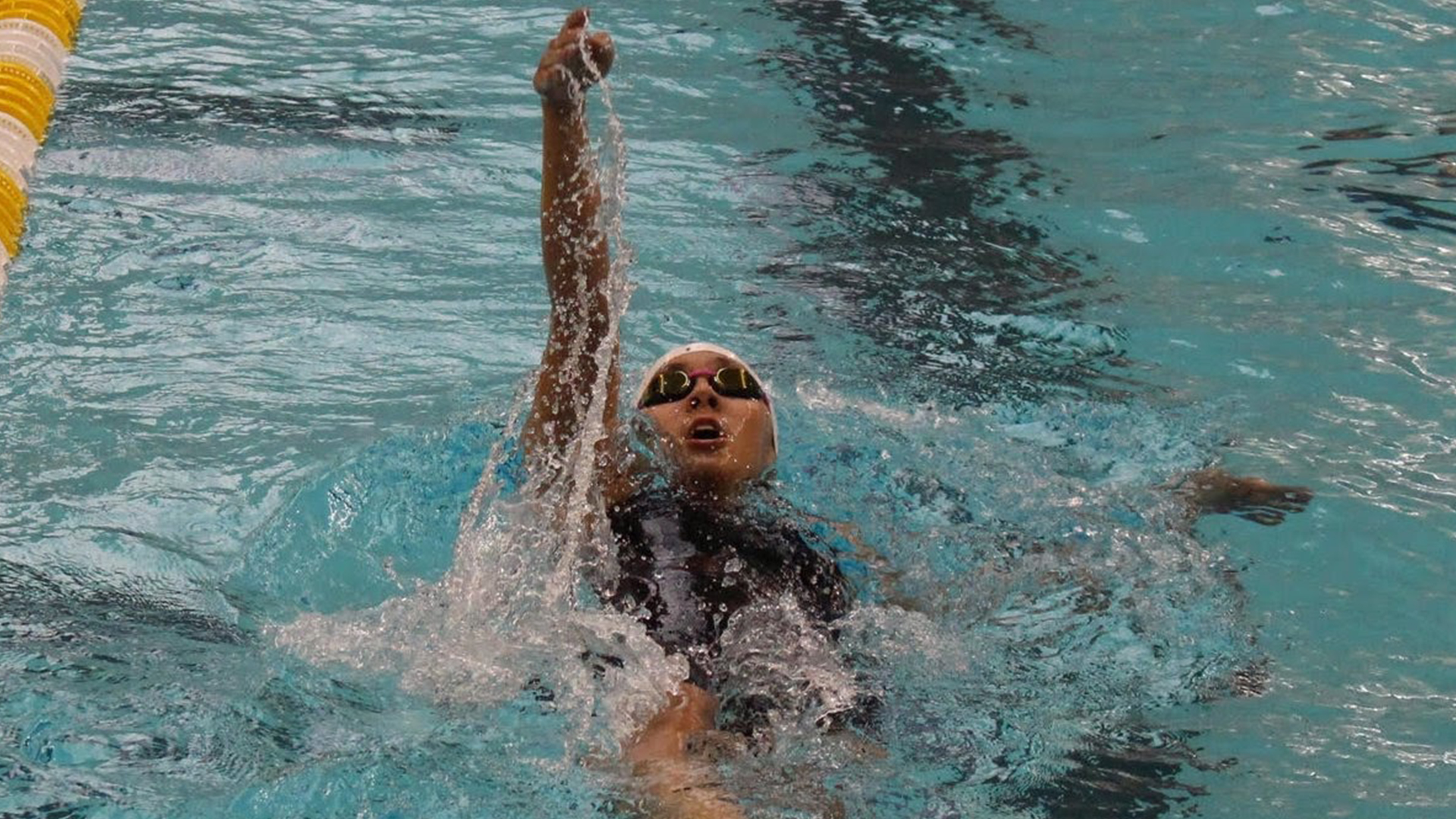 Wichita East’s Astrid Dirkzwager is a five-time individual state champion, with three of those titles coming in the 100-yard backstroke. The Georgia Tech-bound All-American didn’t get a chance to compete in what would’ve been her senior season after spring sports were canceled in Kansas due to the COVID-19 pandemic. (Courtesy: Joe Hutchinson)

WICHITA, Kan. (BVM) — Astrid Dirkzwager was already the most accomplished girls swimmer in the history of Wichita East, but that doesn’t mean the Georgia Tech-bound All-American was ready to be finished with her decorated high school career.

Dirkzwager lost her senior season and the opportunity to achieve even more, both individually, and with her teammates when the Kansas State High School Activities Association canceled spring sports for 2020 because of the COVID-19 pandemic.

“We had big plans and big goals for this season,” Dirkzwager said, “so it was kind of disappointing not being able to have that chance to prove ourselves.”

Considering her accolades and large collection of gold medals, it wouldn’t seem Dirkzwager had much more to prove at the high school level. She’s a five-time individual state champion who’s claimed first place in the 100-yard backstroke the past three years and also earned titles in the 200 freestyle as a freshman and the 100 freestyle as a junior. She’s twice raced to All-American times in the backstroke and owns the school-record time in that event as well as the 200 freestyle, 100 butterfly, 500 freestyle and 50 freestyle.

She’s also been a part of five gold-medal winning relays, including the 200 freestyle relay team which owns the state record. And for Dirkzwager, the most satisfying achievements have come when her teammates are involved.

“It’s better celebrating as a team than individually,” Dirkzwager said. “I get more excited for my teammates and my sister (sophomore Ariana Dirkzwager) and their races and seeing them cut time more than I do my own sometimes.”

The Blue Aces claimed the Class 6A team state title in Dirkzwager’s freshmen and sophomore seasons and were determined to make a strong run at a third championship after taking third place at state a year ago. The team was also hoping to break their own 200 relay record and earn All-American status in the event. It would’ve been the first relay team to do so in the 22-year tenure of head coach Joe Hutchinson.

“We were really excited about that,” Hutchinson said, “and Astrid being the leader of that foursome was just extremely pumped about that relay.”

Dirkzwager has been a leader ever since her freshman year, which is something Hutchinson believes — along with her remarkable talent — has set her apart from many of her peers. Once she made a name for herself, she became the focal point of East’s team yet she took the pressure in stride.

“That’s something that athletes who are in tune with their surroundings can feel and I know she felt that,” Hutchinson said. “She was able to handle that pressure with such grace and such calm. When you watch her in a meet, it looks like she’s having fun, but you know deep down she’s putting so much pressure on herself and she’s carrying the weight of her team.”

More impressive to Hutchinson, Dirkzwager was carrying that weight and dominating her opponents in the pool while also excelling in the classroom as part of a rigorous International Baccalaureate program.

“That really says a lot about her dedication that she was able to balance everything so well to do as well in both the academic and athletic realm,” Hutchinson said.

Dirkzwager plans to do the same at Georgia Tech. She’ll study industrial engineering and hopes to compete at a high level on the Division I stage for the Yellow Jackets.

“I want to make an NCAA qualifying time and I’m just hoping in college I’m able to improve a lot,” she said.

Despite the fact that Dirkzwager lost her final season of high school, her coach believes she’ll be even better for it when it’s time to dive back in the pool and face college competition.