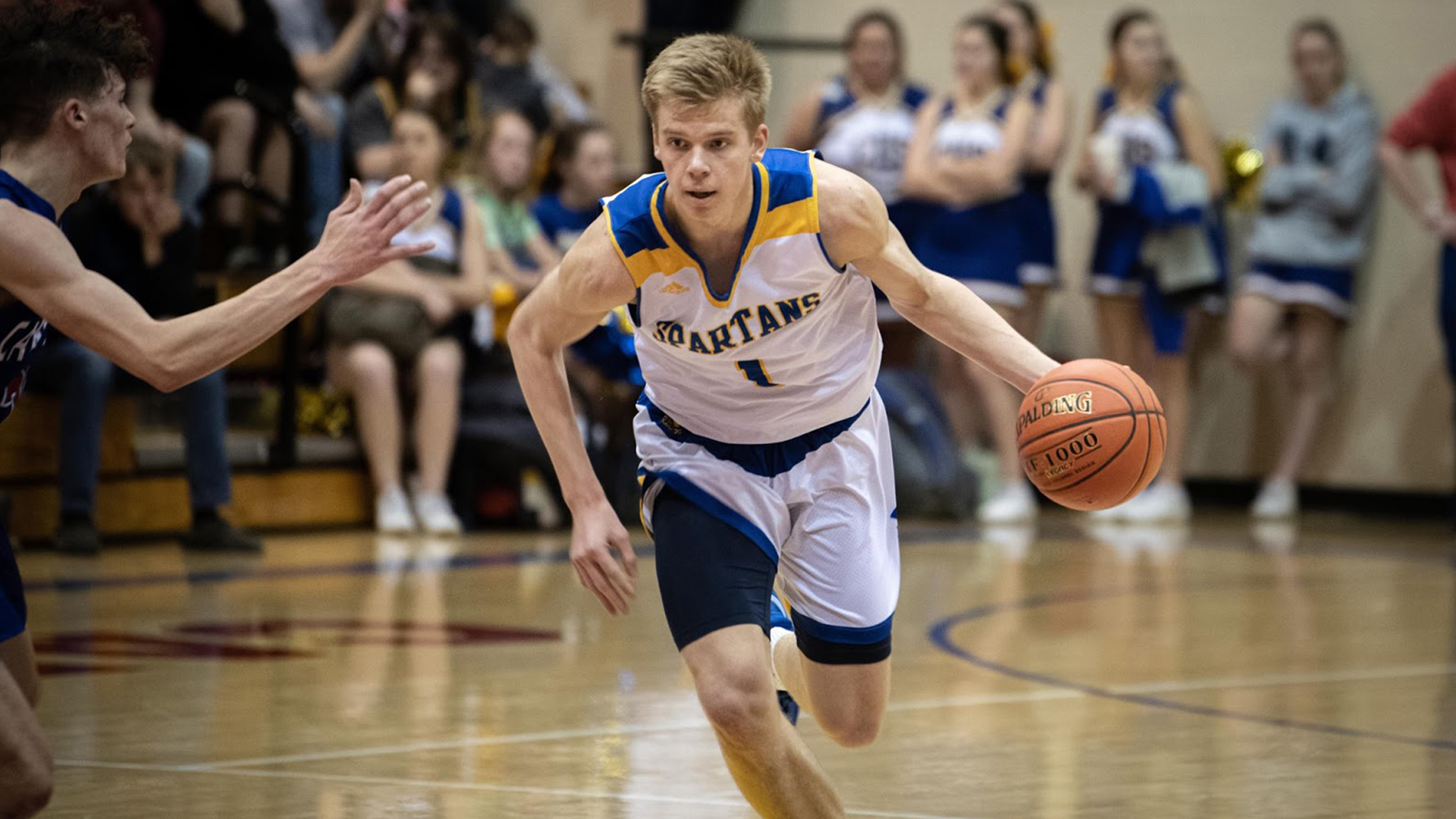 WICHITA, Kan. (BVM) — Mitch Fiegel has seen a lot of good basketball players come and go in 31 years of coaching at Wichita Collegiate School, but few have had the potential that Gradey Dick possesses.

“Most of them don’t have the size or the work ethic or the desire or they don’t have the athleticism,” Fiegel said. “If you’re going to be a Division I basketball player, there can’t be any missing pieces.”

The 2019-20 Gatorade Kansas Boys Basketball Player of the Year doesn’t seem to have any missing piece. Dick, who was a finalist for the USA Basketball Under-16 National Team in May of 2019, still has two more years of high school left and Rivals.com already has him ranked No. 30 among the top NCAA Division I prospects for the Class of 2022. As a sophomore, the 6-foot-7, 195-pound combo guard averaged 20.4 points, 5.0 rebounds, 2.3 assists and 1.6 steals.

Dick could have become the Spartans’ all-time best player, but he’s leaving Collegiate after just two years and transferring to Sunrise Christian Academy this fall. Still, Fiegel considers Dick to be one of the most special players he’s coached. Another was Maurice Evans, a 1997 Collegiate grad who went on to have a 12-year NBA career. And as was the case with Dick, Fiegel knew well before Evans reached high school that he was getting a unique player.

“Maurice was different when he was little and once you’ve had a Division I player you know what they look like, what they act like,” Fiegel said. “(Gradey) showed up at camp for the first time in second grade and while most second-graders were being second-graders, he’s over on  the side doing Mikan drills and you’re like, ‘huh, that’s not normal.’ It kind of just blossomed from there.”

Dick’s development was helped by the fact that he comes from a basketball-oriented family. He grew up playing against three older siblings who were taught by his mother Carmen (Jaspers) Dick, a former Iowa State University standout who went on to play professionally in Japan.

“She was huge,” Gradey said of his mother’s influence. “She always used to beat me when we were playing, but not anymore obviously. Growing up and teaching my three other siblings and having my siblings play against me and kind of beat me up being the baby, it was really helpful. Both parents are really sports-minded people so I was lucky to have them in my corner.”

His mother’s alma mater is just one of numerous high-major Division I programs who have either shown interest or already made scholarship offers. Gradey was first offered by Wichita State and Kansas followed suit not long after.

“To get those two local schools pretty early on in my recruiting that was really neat because those are obviously the schools I grew up watching,” Gradey said.

More offers are likely to come in the next year, and Gradey is in no rush to make his college choice.

“The main thing is just enjoying this process and not letting it get too stressful for me,” he said.

While enjoying the recruiting process, Gradey will also be getting more exposure with the move to Sunrise in Bel Aire, Kan. The Buffaloes have an elite high school basketball program which has helped numerous athletes become high-major Division I players, including Buddy Hield, the former Oklahoma University star who now plays for the Sacramento Kings.

Sunrise head coach Luke Barnwell was already excited about the group of players he has coming back next season, and the addition of Gradey gives him even more to look forward to.

“He’s got a very bright future for a kid that is as built as he is with ball-handling skills and to also partner that with his elite athleticism is exciting,” Barnwell said. “Getting two years out of him, that’s even more exciting. Kids like him help us win at a pretty high level and I think he’s going to be an integral part of that.”

With plenty of college offers already on the table, Gradey will still have two more years to become an even better player than he already is while continuing to grow physically as well. Barnwell believes that growth will be aided by playing with other high-level players on a daily basis.

“I think experience at this level is going to be the most valuable,” Barnwell said. “In practice repetitions, when the guy next to him is just as good but maybe older than him it’s going to help him get better every day. We would love to see him continue to do what he’s done but yet continue to get better.”