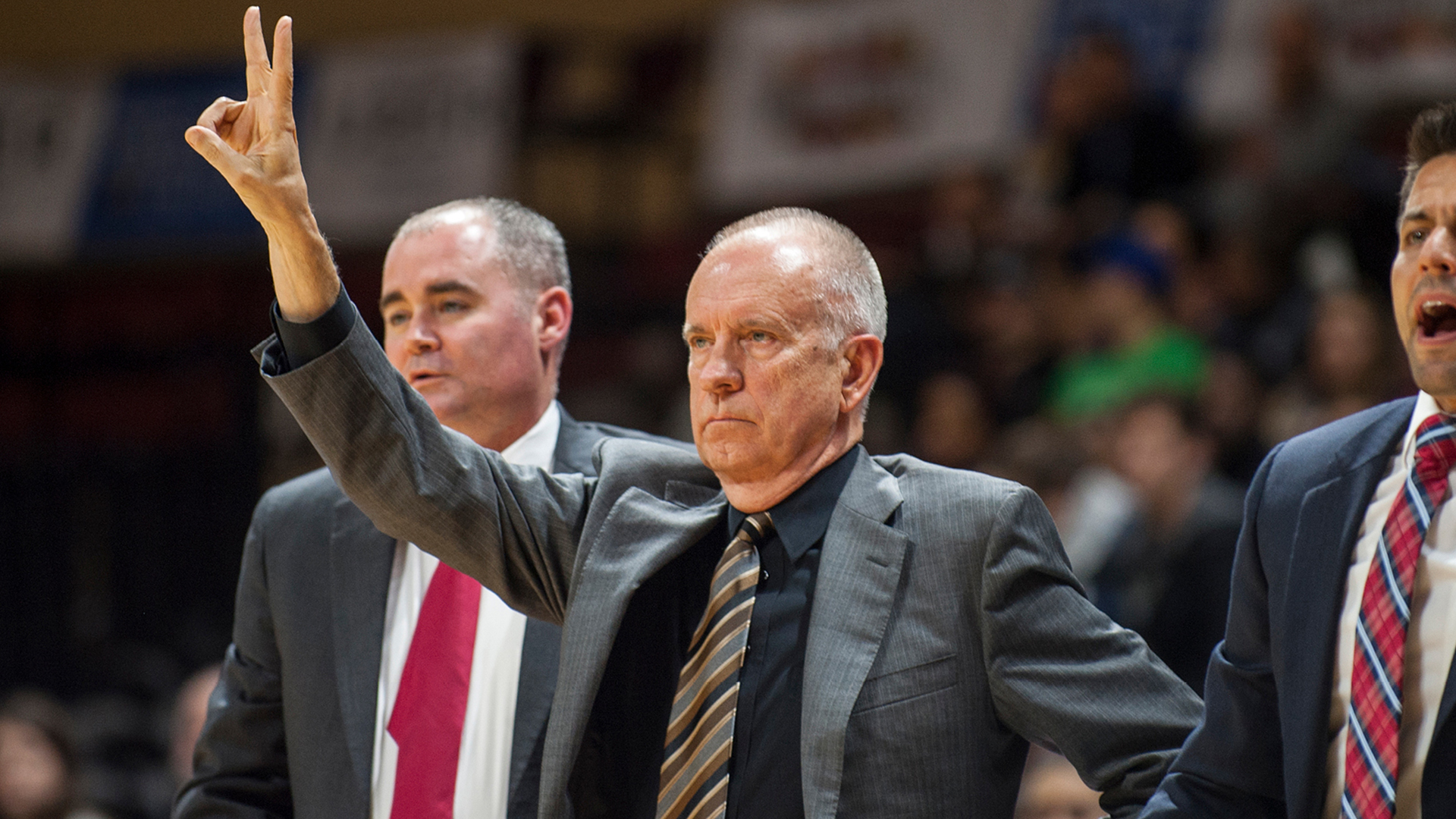 SPRINGFIELD, Mo. (BVM) — Coaching basketball can be very rewarding, but it can also be a true challenge. There might not be anyone who embraces that challenge more than Larry Holley.

Holley’s family background made it hard to envision he wouldn’t have a life in basketball someday. As a kid, he was taken to high school and college games by his father who was a coach and school superintendent in the small town of Jameson, Mo. Meanwhile, the rest of his family accomplished some other truly impressive feats.

One of his aunts once scored 102 points in a single game in high school. He had a cousin who set the single-game scoring record at Northwest Missouri State, while another played in the NAIA Tournament. A third cousin played basketball at the University of Missouri. Oh, and four of his other cousins had successful basketball coaching careers. Needless to say, the sport runs in his family.

Holley was a pretty good player himself. In 1963, his senior season, Holley led Jameson High School to a 33-1 record and a state tournament appearance. He scored 1,760 points over his four years there and had his jersey retired by the Huskies. Not just a one sport athlete, Holley was a state champion in the indoor mile run as well.

Holley would go on to attend William Jewell College where he furthered his athletic success, lettering four times each in track and field and cross country. He also lettered four times in basketball where he would score 1,122 career points and was named an all-conference player his senior season. In addition, Holley was given the honor of William Jewell’s Athlete of the Year as a senior.

After a standout playing career, coaching was certainly in Holley’s future. His first coaching job was at Harrisburg High School where he’d coach 91 combined games in one season leading six different basketball programs (boys and girls varsity, JV, and junior high) all without an assistant coach; quite a way to begin a coaching career that would last over five decades.

Holley moved into the college coaching ranks shortly after, taking his tutelage to Central Methodist University and Northwest Missouri State for a combined eight-years as a head coach. While he enjoyed his time at Northwest, Holley’s dream came true in 1979 when he landed the head coaching job back at his alma mater, William Jewell.

Holley’s coaching career with the Cardinals would span across four decades, going 831-458 over that time. Fourteen of his teams qualified for the NAIA Tournament, with four of those squads reaching the Fab Four. His teams won 11 Heart of America Athletic Conference titles at William Jewell, and 25 of them would accomplish 20-win seasons, with four reaching 30-wins.

Despite the joy of his coaching success, Holley did face some challenging times – specifically in 2006 when his wife Ann passed away from acute respiratory distress syndrome. One of his assistants, who was just 19-years-old, would lose his battle with cancer the same year. Holley continued to soldier on though, maintaining his success on the court and marrying his current wife, Linda, in 2008.

Eleven years after his Missouri Sports Hall of Fame induction, Holley received the prestigious Pinnacle Award from the hall this past January honoring him for his lifetime of work in the game of basketball. Many of us have or will be involved with basketball in some capacity in our lifetime, but there are not many cases like Holley, who has been involved with the game essentially his whole life. Congratulations on an outstanding career in basketball to the 2020 Pinnacle Award recipient, Larry Holley!