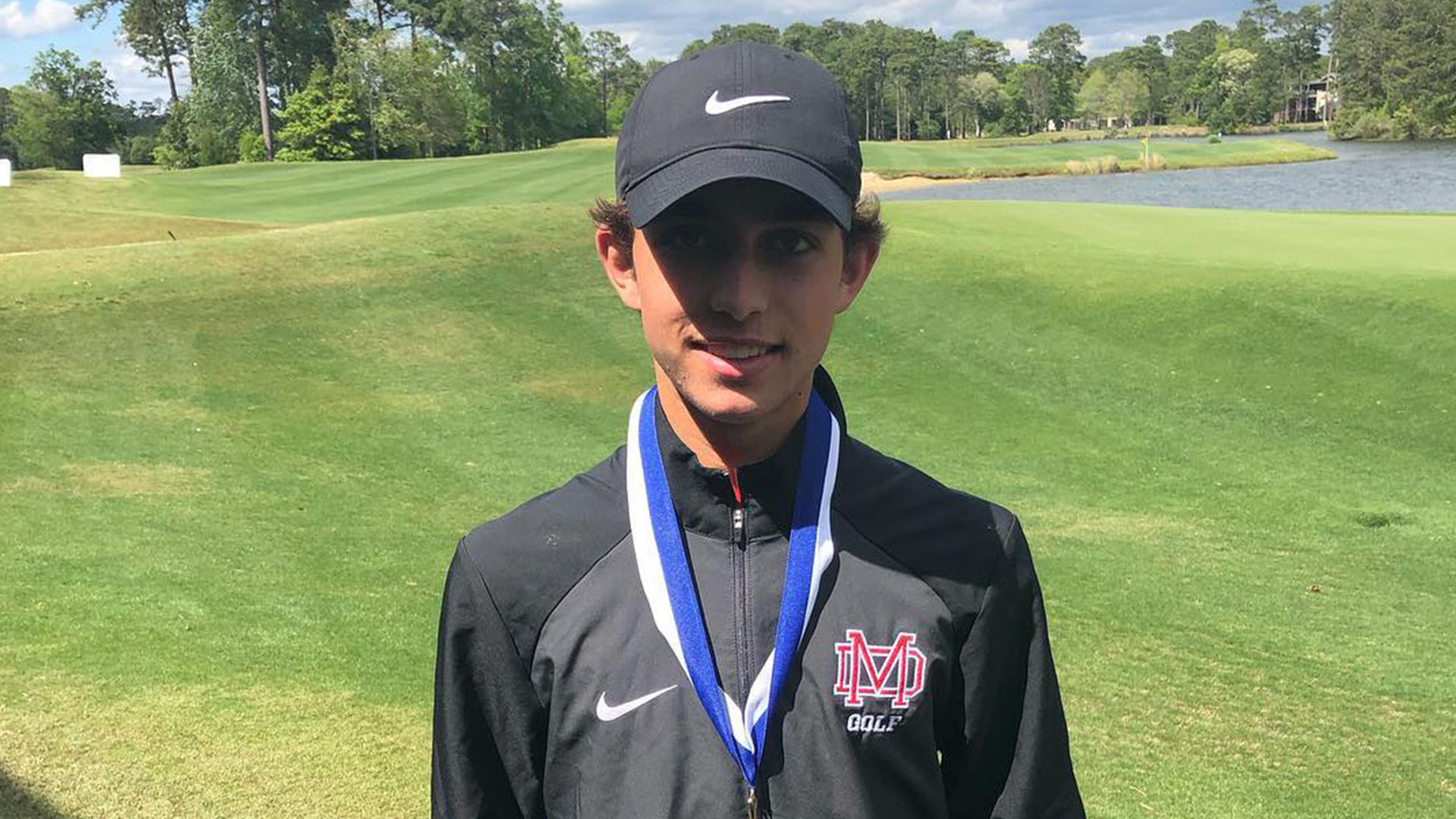 Jaden Cantafio has been a golf prodigy since before he could spell his own name, now the California native will take his talents to Washington State University. (Courtesy: @mdhs_boys_golf/Instagram)

TUSTIN, Calif. (BVM) – A 2008 article published in the Signal Tribune tells the story of a “5-year-old Long Beach resident and golf phenomenon.”

The youngster challenged Grammy Award-winning singer Michael Bolton to a chipping contest and won, was the focus of several local television news programs and graced the cover of prominent Southern California golf magazine Southland Golf. Touted as “the next Tiger Woods,” he was interviewed by three major networks in the Los Angeles area and approached by the hosts of several nationally televised talk shows.

This was Jaden Cantafio’s life before he could even spell his own name. While other kids watched cartoons, his favorite was The Golf Channel.

“I didn’t really think too much of it,” Cantafio said of his near-celebrity status as a youth. “Me and dad were traveling for tournaments, having a good time together and just having fun. I wasn’t really worrying about how I was finishing every tournament, although obviously I wanted to win. It was more of just traveling with my dad and having a really good time.”

Nowadays, Cantafio is unsurprisingly still on the links, and recently added another feather to his golf cap.

Nothing will bring back the spring sports season that seniors lost, but In-N-Out Burger delivering to the course, custom, embroidered score books for every player and a golf bag for the winner should certainly soften the blow.

Speaking of the winner, it was none other than the former 5-year-old phenom.

Cantafio out-dueled his former teammate at Mater Dei High School, Long Beach State-bound Andrew Hoekstra, in a one-hole playoff to capture the event and its prize. His 4-under-par 66 earned him a golf bag donated by One with Golf in Irvine, and a spot in the Boys High School Golf National Invitational at famed Pinehurst Resort in North Carolina.

“It was just really cool to have, pretty much, the top players from Orange County be there; everyone in the whole field was really good,” Cantafio said. “It was good competition to get back into things.”

The former Mater Dei standout attended Tesla Academy, a blended online school in Irvine, for his senior year where he placed first in both the Palmetto Tournament and the Ayala Spring Classic. Cantafio said he was missing too much school for golf tournaments and it got to the point where a normal school was no longer an option.

Leaving behind his best friends and teammates at Mater Dei was the hardest decision of Cantafio’s young life, he said.

“It was a really hard decision because playing at Mater Dei was probably one of the best times of my life; it was super fun,” Cantafio said. “But I decided to transfer for senior year and it all worked out in the end because I got to play this last round of golf with all of my buddies.”

Cantafio lettered all three years during his time at Mater Dei and took third at the Future Champions Golf World Championships as a sophomore.

The next challenge for Cantafio will take place at Washington State University, where the senior committed to play golf in April 2019.

Thanks to everyone for the love and support throughout this long process. So grateful to have been able to share signing day with my favorite people❤️ GO COUGS!! 🐾 @wsucougarmgolf #nationalsigningday

“I just wanted to try something new like get out of California and explore some stuff,” Cantafio said. “I really liked the coaches there and the whole campus is really nice. I like the outdoorsy-type school it is and didn’t want to be in the city.

From overwhelming success as a young child that carried into a special prep career, it’s safe to assume Cantafio will thrive with the Cougars. Beyond that, thoughts of becoming a professional, which have been on Cantafio’s mind since a child, are still present.

“It’s (a professional career) always been on my mind, but I just try to take it step by step, year by year and even day by day,” Cantafio said. “I’ll just keep practicing, doing what I can everyday to get better and the results will follow.”

An unexpected turn … for the best 😯