EXETER, N.H. (BVM) — Exeter girls soccer has been a powerhouse for the last two decades. Under head coach Megan Young, the Blue Hawks have eight NHIAA state titles in 14 years and the team has made it to the quarterfinal round each season.

This past year’s team could be the best one yet thanks to the Blue Hawks goalie Megan Olszewski. During her senior season, Olszewski racked up 10 consecutive shutouts and added three more during Exeter’s playoff run. She would finish the season with 16 total shutouts while allowing just three goals.

The Blue Hawks goalie’s leadership abilities would be a huge help for Exeter’s 2019 run.

“On the field, aside from her talent in the goal, she just brought a presence to the field that is going to be even more difficult to replace,” Young said. “She really had great command of the field, very vocal, a strong leader back there. In any situation, [she] either calmed our team down or brought our team up when we were down. She just really controlled things on the field for us from the goal.”

Exeter would have a special run in its 2019 season posting a perfect 19-0 record. The Blue Hawks would go on to cap off their undefeated season with a Division I state championship win against Londonderry, 2-0.

“Everything was just so easy, as far as they came, they worked hard, and they did everything you asked for,” Young said. “It was always about the team and never about themselves. That really was why they were able to be so successful. So not only the record and the championship, but the team itself was just so fun to coach and be with everyday. Just a great group of kids.”

Olszewski was the Blue Hawks starting varsity goalkeeper since transferring in her sophomore year. Young noticed her growth on the field since her arrival.

“Coming into her senior season, you could tell that she really wanted to end on a good note. Having lost in the semifinals her two previous years, this season was one she wasn’t going to let go. From day one of preseason I could just tell that there was a different mentality with her. She was going to make sure this was one to remember and it certainly was.”

Olszewski’s final season was one for the books. After going undefeated and winning a state title, the Blue Hawks star goalkeeper was able to bring home the school’s first-ever Gatorade New Hampshire Girls Soccer Player of the Year award.

The award not only recognizes a students ability on the field but also their work off it. Olszewski, who was diagnosed with dyslexia at a young age and has also suffered from school-induced anxiety, has made quite the impact outside of soccer.

In her junior year, Olszewski helped raise money to host a free screening and panel discussion of the documentary film “Angst,” about anxiety in high school students.

During her time at school she has also volunteered locally with Special Olympics and donates her time to community service. The recent Exeter graduate also finished with a weighted 4.51 GPA in the classroom.

After leaving a lasting legacy at Exeter, Olszewski will look to make an impact this fall at the University of Massachusetts in the net for their women’s soccer team. Her high school coach looks forward to seeing just how far she can go at the next level.

“I think she still has so much more potential,” Young said. “At that next level it’s going to push her, but I think she has a lot more in her. She’s extremely competitive and I know she will step up to the challenges that she will face. I see her growth as endless, so I’m excited to see how she does grow at the next level and I’m excited to follow her career.” 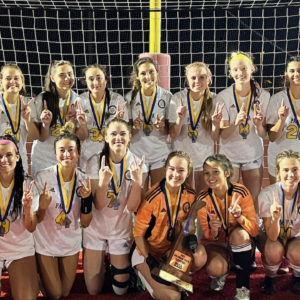 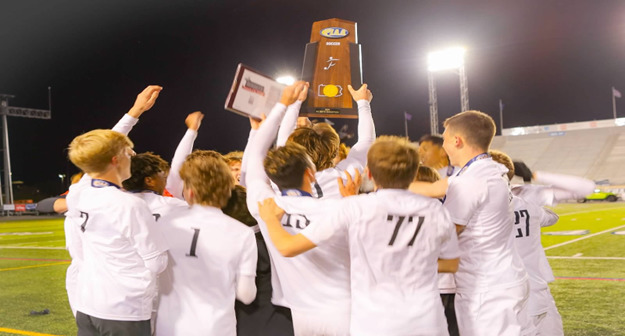