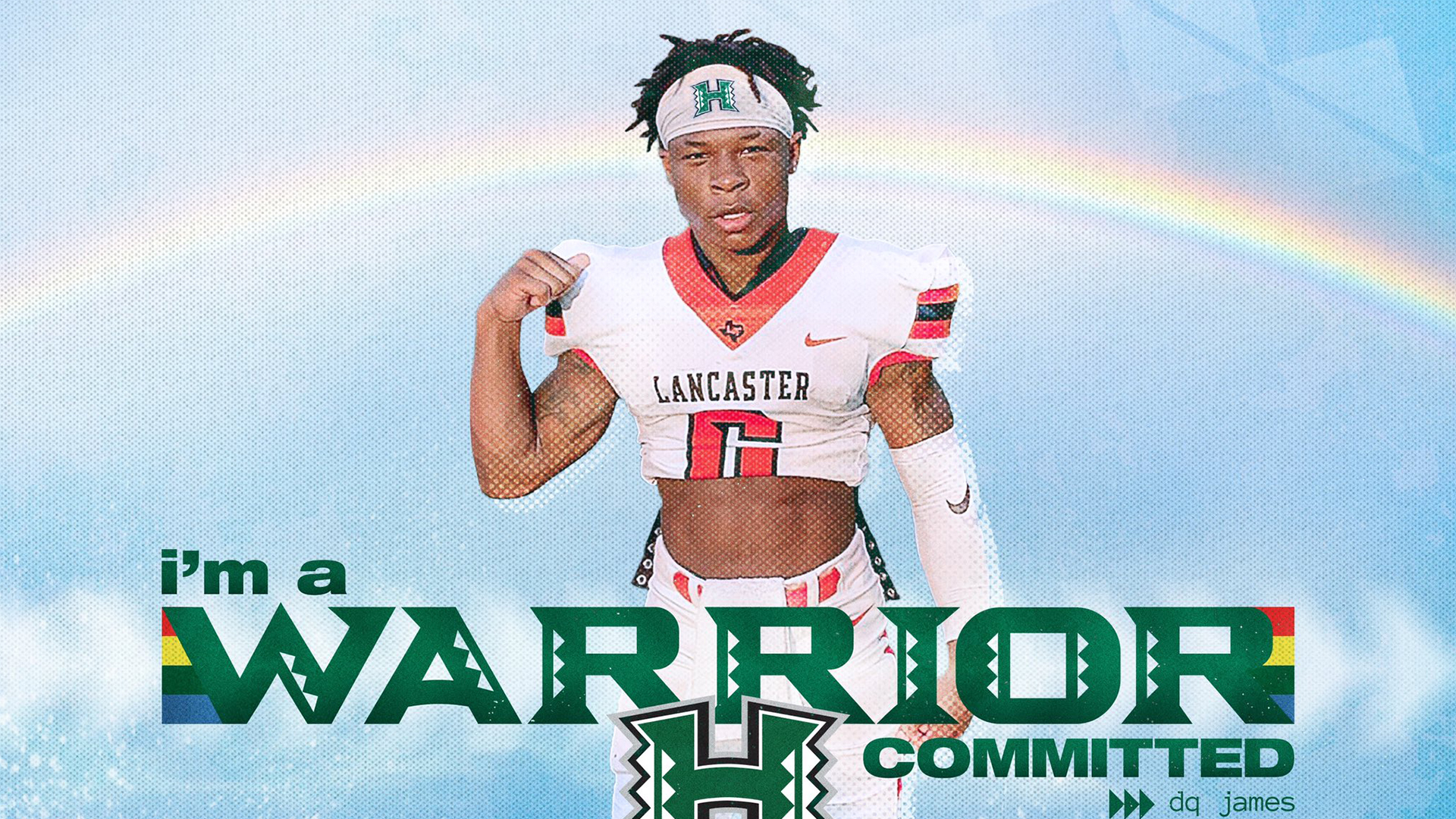 LANCASTER, Texas (BVM) – There aren’t many prep athletes that would want to see Da’Qualen “DQ” James in a footrace.

The dual-sport athlete helped Lancaster High School to a third-place finish in the Class 5A 4×100-meter relay at last year’s state meet, and this season, he was on the 4×100 team that ran 40.65 — the fastest time in the nation.

James utilizes his elite track speed on the gridiron, too, where he was a first-team all-district running back in 2019 who rushed for 837 yards and 10 touchdowns while averaging 9.5 yards per carry.

The combination of elusiveness and speed is part of the reason why James looked up to Barry Sanders growing up, and why he became the first commit to the University of Hawaii’s 2021 recruiting class.

The three-star back also had offers from New Mexico, Illinois State, Texas Southern and others, but Hawaii afforded James the opportunity to explore the world outside of his Best Southwest area bubble.

Rather than staying close to home at a nearby college or university like many of his friends typically choose to do, James will be able to pursue another passion of his: exploring.

“I want to see the world,” James said. “You have to get outside your box and make sure you see everything. At Hawaii, I won’t have distractions, I’ll be focused, I’ll be playing football and it’ll be great.

“I’ll be playing in paradise.”

The state of Texas will play football this fall, as of now, but the start of the football season has been pushed back into late September for about 500 Class 5A and Class 6A schools. Practices for those larger schools, located in urban areas that have been impacted the most by the pandemic, can start Sept. 7 with the first games set for Sept. 24.

Despite a plan for a fall sports season, James is worried about the prospect of missing out on his senior campaign.

“I want to go out with a bang, this is my last year,” James said. “I’ve done all this hard work, sweated, cried, all this depression and they’re trying to take the season away? It’d crush my heart.”

Whether James gets to put on a Tigers jersey one last time or not, he has more than enough to look forward to with the Rainbow Warriors. Coming off a 10-5 season (its best season since 2010) and the hiring of Todd Graham as its new head coach in January, Hawaii appears poised to continue its resurgence.

For James, building an unbreakable bond with his future teammates is just step one on the islands.

“I want to find out the (rushing) records that have been broken there and break them myself,” James said. “Go get a championship, break all the records, build chemistry with my teammates and once you build that, there is no chemistry like that on the field.

“We’re taking over everything.”