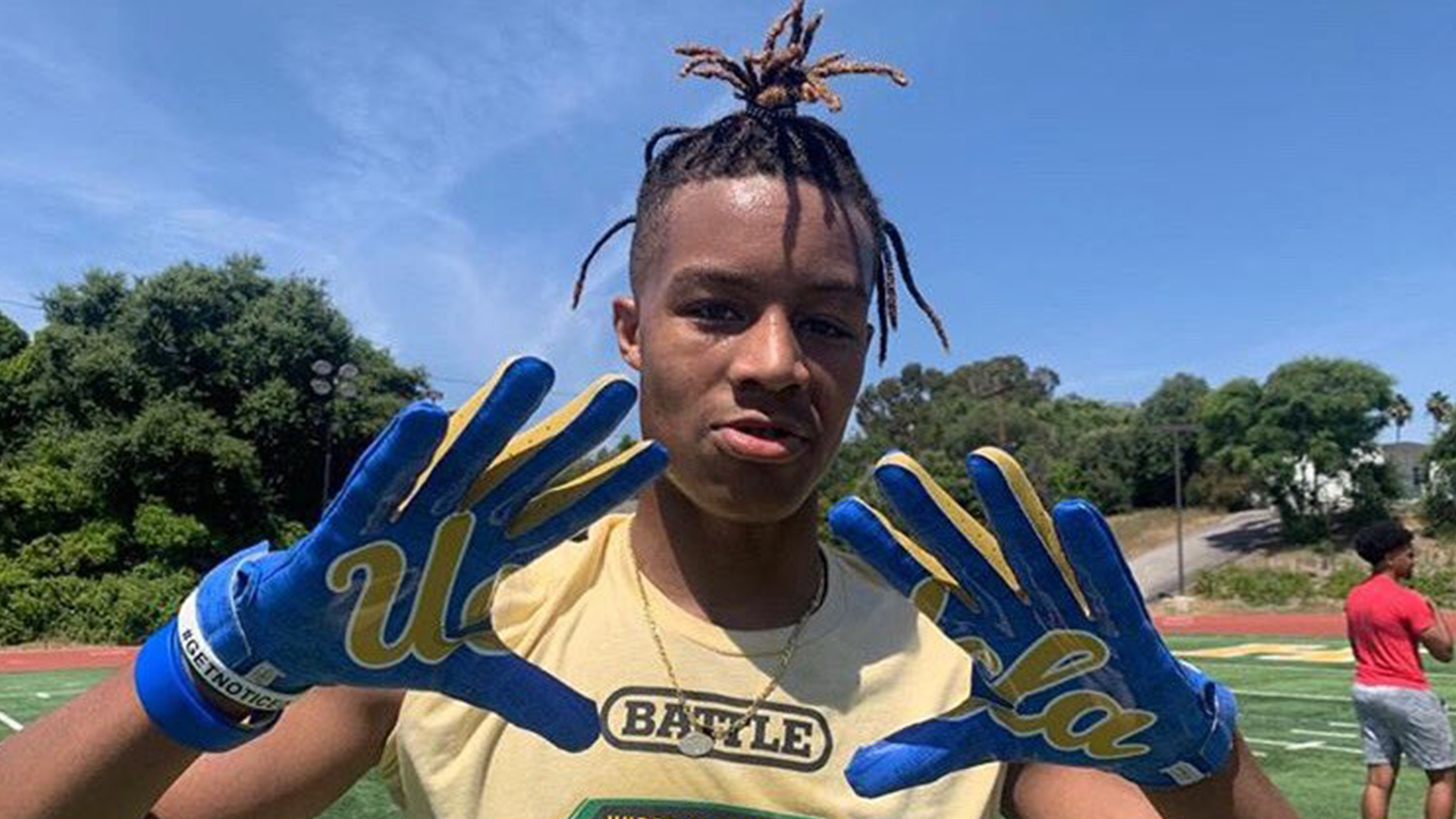 GARDENA, Calif. (BVM) – If you ask Devin Kirkwood who his favorite NFL defensive back is, he’ll respond with the name of a cornerback who he sees himself in.

“I’m going to play my heart out every play and I’ll never let somebody know that they’re better than me,” Kirkwood said. “I’m going to let him know that he sucks, that he’s not good. I will literally tell them every play like, ‘You’re not good, why are you talking?’”

The self-confidence that exudes from athletes like Ramsey and Kirkwood can be off-putting to some, but it’s a result of the immense talent and work ethic it takes to reach their level of play.

Kirkwood is a four-star cornerback, the 13th-ranked athlete in the Class of 2021 by 247Sports and committed to play football at UCLA for head coach Chip Kelly. The 6-foot-3 defensive back is the Bruins’ highest-rated 2021 commit and a Sports Illustrated All-American candidate.

UCLA became Kirkwood’s choice in May after he chopped a myriad of offers down to a top five that included Colorado, Cal, Notre Dame and Arizona State.

“UCLA made it easy for me to make a decision,” Kirkwood said. “They communicated with me on the daily and didn’t just ask me about football, but academics, too. The football team is on the come up; that’s what I see. Chip Kelly has been recruiting a lot of good players to fit into his offense and make a better team.”

Not only are the Bruins getting a long athlete with track speed and the ability to play multiple positions in Kirkwood, but an ultra-motivated defender with something to prove.

“They’re (UCLA) getting a dog,” Kirkwood said. “At this point, I’m playing for the league (NFL). I’m playing for my future because that’s my future and I want to make it. So I’m going to play my heart out every play.”

Kirkwood still has one final season of high school football to play, even if it’ll be “weird.” The CIF-Southern Section will begin practice on Dec. 14 with the season starting Jan. 8, 2021. Playoffs are slated to begin March 19, 2021.

The extra time off has given Kirkwood the opportunity to rest his body and mind for the season, he said. But when play returns, the senior has plans to leave a lasting impact on his teammates and Serra High School.

“I just want to show my teammates that you don’t need height or anything to be good, you just have to grind every day,” Kirkwood said. “You have to put in countless hours. Sometimes you won’t be able to hang out with your friends or sometimes you can’t rest.

“There have been days where I’ve felt like I have to rest, but if I rest, there’s someone out there getting better than me.”

Kirkwood’s unique combination of size, speed, skill and worth ethic has brought him to the doorstep of a productive Pac-12 career. With goals of starting as a true freshman and becoming a freshman All-American before fulfilling his NFL dreams, Kirkwood hopes to prove right away that the hype is real.

“I want to show that the hype I was bringing to college wasn’t just regular; it wasn’t just a one-time thing in high school,” Kirkwood said. “I want people to know that it’s real, like, I can play on any level against any person and just do what I have to do.”