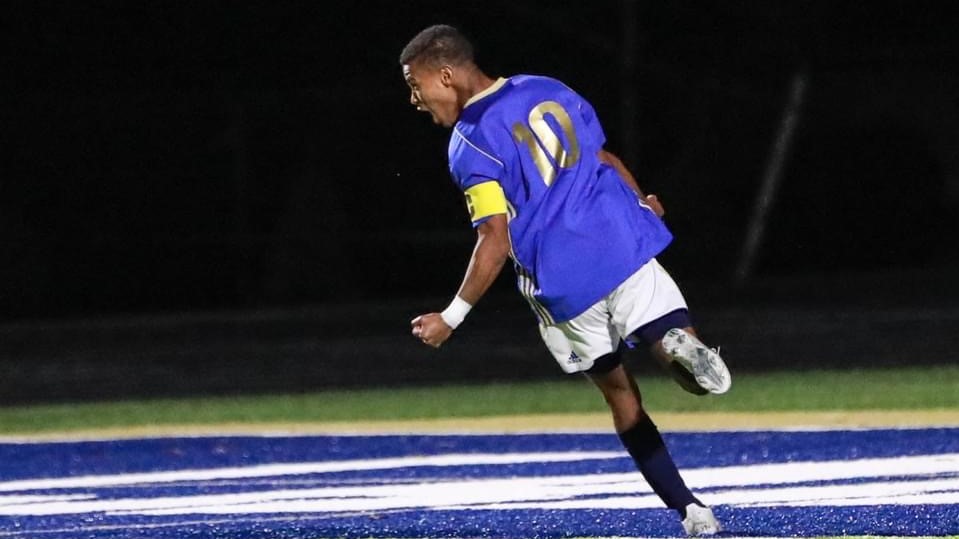 This was not out of the ordinary as the Lake Mills senior forward regularly scores goals in bunches and has done so since he was freshman. What made this hat trick special was the fact that it helped Wilke reach 100 career goals, becoming the 14th boys player to do so in Wisconsin prep soccer history.

It’s a career milestone that signifies years of hardwork and dedication to the sport he loves.

“I’ve been playing soccer since I was a really young kid,” Wilke said. “I’ve grown up around it. Everyone I was always with played soccer.”

Wilke came to the United States from Ethiopia with his family when he was five years old. He then followed in his brother’s footsteps and began playing club soccer.

“I just picked stuff up from him and I got into it. Just a really fun sport,” Wilke said.

Despite his ability to put the ball in the back of the net, Wilke did not start out as a forward. Originally he played defense but when he was still young his coach moved him up to forward for a game. Wilke scored a few goals and never looked back.

He was converted into a forward who loved to score and loved to help his teammates score as well.

“Scoring goals, making plays up top for someone else to score is just fun for me,” Wilke said.

That followed him to high school. As a freshman playing with his brother who was a senior, they helped lead the L-Cats to a regional title.

Then as a junior with 33 goals and a Capitol Conference Co-Player of the Year award, Wilke was part of the first Lake Mills boys soccer team to make it to state. Their run to state ended in a tough loss, but that only made them want to come back this season and win it all.

“Everyone’s hungry to win and we’re not going to let what happened last year happen again,” Wilke said. “I think we can win it all.”

There were of course some bumps on the road back to state as COVID-19 threatened the season and has never stopped threatening it.

“You try not to focus on that,” Wilke said. “You try to have fun and focus on the games and practices that you have.”

The mentality has worked and they are going to carry it into the postseason for as long as they can. Wilke is especially to make the most of his senior season.

“It makes me want it more because I’m never going to get another chance to play here again,” Wilke said.

But that doesn’t mean the end to his soccer career. He plans to continue to play in college.

“It’s been really exciting,” Wilke said. “But I still haven’t decided. I’m still trying to pick out what’s best for me and what works for me.”

For now, Wilke will just focus on adding more goals to his career total and help his teammates add to theirs.