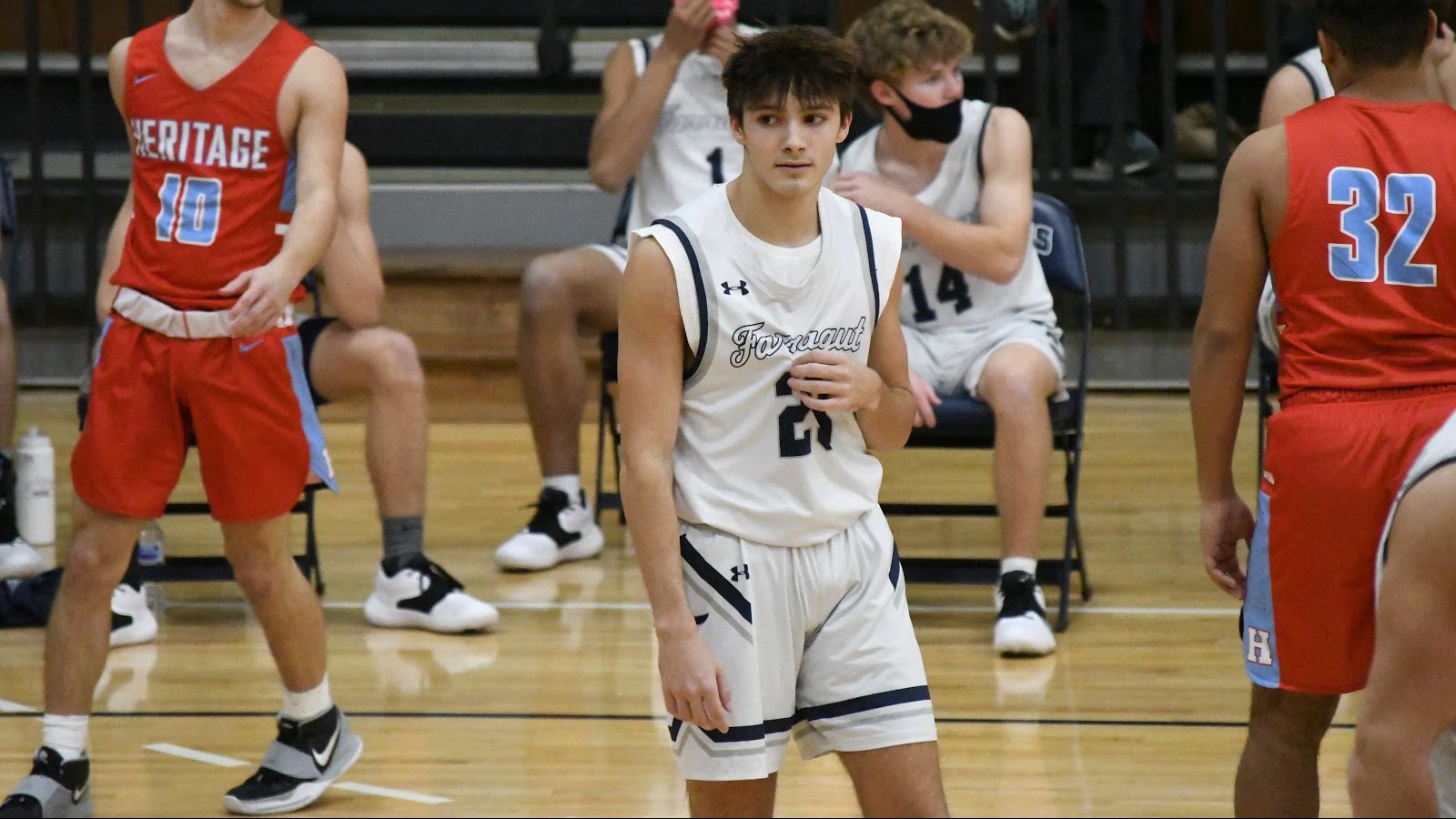 KNOXVILLE, Tenn. (BVM) — Farragut High School boys basketball player Mason Motley was expected to do big things for the Admirals varsity team when he prepared to enter his sophomore season with the program. After coming in as a freshman and establishing himself as one of the better players on the freshman unit, Motley was projected to contribute to the varsity side despite his young age. That was nothing new to Motley, who lived basketball from an early age.

“Basketball is one of the most important things besides family, friends and health,” Motley said. “I’ve played as long as I can remember. I grew up with it. I’ve played it my whole life.”

However, there was a slight problem. Motley had to undergo a couple of surgeries on his leg beginning in his eighth grade year before having another after his freshman season. The surgeries were done to remove a bone cyst that built up in Motley’s left leg that caused him some pain and discomfort. When the pain returned after the first surgery, the doctors looked at Motley’s leg again and the cyst had seemingly returned, which they again removed. Motley, being only 15 years old at the time, didn’t think much of the surgeries or the cysts as they were handled quickly and wouldn’t impact his basketball seasons.

“I never had surgery before so that was kind of scary, but I was like, ‘Alright, this is fine I’ll be back,’” Motley said.

However, when the family was called back to the doctors, Motley could tell something was wrong.

“I was kind of nervous at first because I didn’t know what was going on and no one else did either,” Motley said.

That day, in the doctor’s office, the family heard the news nobody wishes to hear about their child. Motley had osteosarcoma, a form of bone cancer, in his left tibia. The news came as a shock to the sophomore, as he realized recovery could cost him his leg, his health and ultimately his basketball career.

“I don’t think I said anything for a few minutes,” Motley said. “I was kind of just shaking. I didn’t know how to react. You think stuff like that could never happen to you. It was a big shock and really scary at first.”

Over the next eight months, Motley would split time in hospitals in both Boston and Knoxville before spending a full three months at Boston Children’s Hospital. During this time, basketball wasn’t too far from Motley as he would continue to watch the game from afar, hoping to one day return to the court himself.

“I knew it would be a setback, but I told my friends and family that there was no way I wasn’t going to play basketball again,” Motley said. “I made sure everyone knew I’d be back even if the doctors said it would be longer than expected. … Just about every day I was feeling up for getting out of bed, I would be playing basketball because it would get my spirits up and make me feel better.”

When he finally came back to the Farragut area, now spending time at the East Tennessee Children’s Hospital, he had made it clear that basketball was motivating him to push through. He would work his chemotherapy around the Admirals team schedule, making as much time as he could to attend practices or games to support his team. While the chemo would wreak havoc on his youthful body, causing him to lose weight and his hair, Motley made it a point to continue attending as many basketball events he could.

“Basketball was a big factor,” Motley said. “After the surgery, it was just being around it as much as I can. My friends and family probably got me through the most, but without basketball I wouldn’t have those family and friends. Just going to their basketball games or watching basketball with them was a huge part.”

By Feb. 2018, Motley had completed his eight months of chemotherapy, but he was still a long way from normalcy. His body was weak and he was on crutches for a year. Despite all of that, Motley remained focused on making it back on the basketball court, attacking his rehab with every fiber of his being.

“I wanted to make sure I had another chance because I wanted to make sure I didn’t have any regrets of not going out there,” Motley said. “I knew high school basketball was going to be my last opportunity, so I had to try to work as hard as I could to get my legs strong enough to be back out on the court before I graduated.”

This year, Admirals head coach Jon Higgins promised that if he was ready by the team’s Senior Night, he would allow the recovering senior back on the court. This only pushed Motley even more to make it all the way back.

“It was amazing,” Motley said. “I’d been super excited and waiting on this and preparing for that day. It was a lot of emotions. Excited, a little bit nervous, but mostly just excited. When he told me I had a big smile because I knew it’d be a great moment.”

Though Senior Night came three months earlier than expected due to the uncertainty of the COVID-19 pandemic, Motley was ready. Higgins, keeping his word, started the senior and Motley had finally achieved his dream of returning to the court.

“The whole day I was thinking about the game,” Motley said. “I tried to make it like a regular game day would be as if I had been playing all four years, but I knew when the moment came I had to soak up all of it and realize how lucky I am to be there and just how grateful I am for all the people that came to support me.”

After a couple of missed 3-point attempts, Motley would convert on a mid-range jump shot. Naturally, the crowd erupted as the ball made its way to the bottom of the basket.

“Watching it go through the net was crazy because I knew there would be a crowd reaction,” Motley said. “They just went crazy and I didn’t expect anything like that. … I couldn’t help but just smile and be happy and proud of all the friends and family I have.”

Motley would finish the game with four total points, capping off the long and difficult journey to return to the court. The team would swarm Motley following the team’s 63-32 victory over Heritage High School. Motley did it.

“It was a crazy experience and I was so happy and felt so blessed to be in that position to be able to come back on the court and just thankful for the opportunity,” Motley said.

Motley is swarmed by a sea of teammates following the game. (Courtesy: Kristin Motley)

By the next morning, Motley’s story was heard around the world. A TikTok of the game captured by Knoxville-based content creator Drew Moss quickly gained steam across social media. Soon, popular sports channels like Bleacher Report, Overtime, theScore and others shared the video.

This year, he made the ultimate comeback 🙏 @brhoops

Though humbled by the attention he has received, Motley’s goal was never to be an inspiration. He just wanted to play basketball. But if people can learn from his journey, he is happy to help.

“[The attention] was unbelievable,” Motley said. “I never thought anything about that. I didn’t even think about that until one of my friends made the video and everyone is texting me to look at my phone. It was crazy. … I got a lot of DMs on Instagram about people having their own stories of having osteosarcoma and just cancer and trying to come back and play sports and asking me questions. I want to try to be around basketball and do as much as I can and try to talk to other people about their issues too.”

While it may have been an arduous journey for Motley, proving that he could not only beat cancer, but do so while still retaining the ability to play the game he loves is nothing short of miraculous. Though he may not have intended to be an inspiration to others, Motley has certainly become just that. Now the Farragut community will just have to sit back and see what this spectacular senior has for an encore.