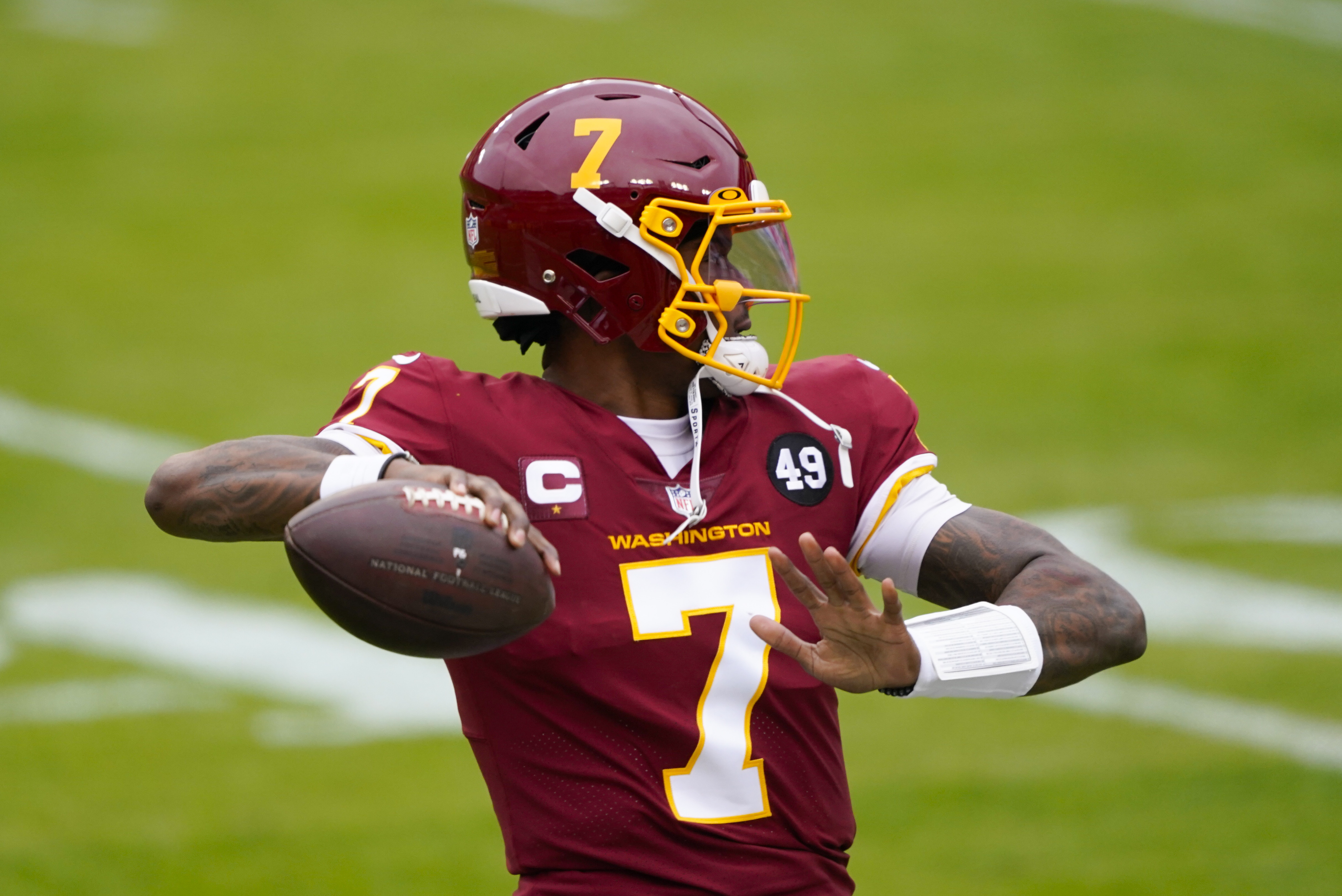 Dwayne Haskins was handed a hefty fine Wednesday for partying with several people not wearing a mask but will start at quarterback for Washington on Sunday if Alex Smith isn’t healthy enough to go.

The organization fined Haskins $40,000 for violating COVID-19 protocols, according to a person with knowledge of the situation. The person spoke to The Associated Press on condition of anonymity because the team had not announced the fine.

Haskins apologized to teammates, took the first-team snaps in practice, and is in line to play against Carolina if needed with the NFC East title potentially at stake — as long as he doesn’t test positive for the coronavirus this week. He apologized publicly Tuesday for his actions after photos showing him without a mask around several other people surfaced on social media.

Coach Ron Rivera said Haskins was stripped of his captaincy and bristled at a continued line of questions about the 2019 first-round pick who he benched and demoted to third-string earlier this season. Washington can clinch the NFC East title Sunday if the New York Giants lose to Baltimore and it beats the Panthers.

Smith had led Washington on a four-game winning streak before straining his right calf Dec. 13 against San Francisco. Haskins started and threw two interceptions in a 20-15 loss to Seattle before celebrating his girlfriend’s birthday that night — the incident that led to the fine.

Smith was a limited in practice Wednesday. The only other quarterbacks Washington has available are Taylor Heinicke and Steven Montez on the practice squad. Heinicke hasn’t played since 2018, and Montez has no NFL experience.