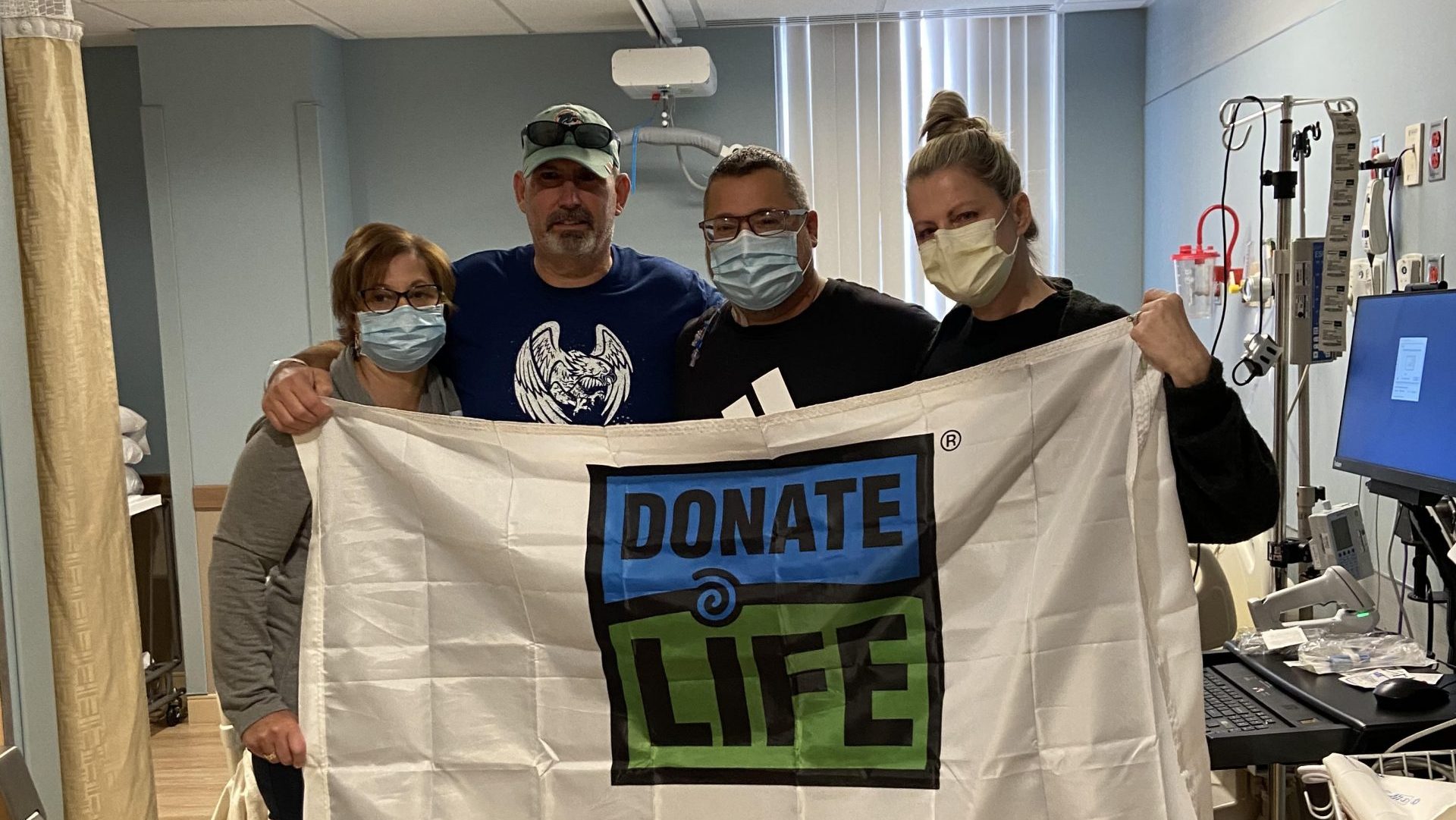 POUGHKEEPSIE, N.Y. — “If you ever look for inspiration, you look Sean Keenan’s way. The most selfless, gracious person I know, he serves as a role model in his classroom and on the field—in every practice and every game.”

That’s how high-school classmate Rich Tomaselli describes Keenan, the football coach at Our Lady of Lourdes High School (OLL) in Poughkeepsie, N.Y., who recently donated a kidney to a stranger.

Jennifer Colucci, who’s been teaching with Keenan at Gayhead Elementary School the past 16 years, couldn’t agree more. “Since the beginning, I knew he was one of a kind. When he shared the news of a possible kidney donation, it didn’t shock me for one moment, because that is Sean Keenan. If someone’s in need, he is the first in line to help.”

True Meaning of Team Player
Keenan graduated in 1982 from OLL and says he learned to “always do what’s right, because it’s the right thing to do. That’s how our parents raised us, and that’s what I learned from Coach Tervinski (his OLL football coach and English teacher).”

Growing up in East Fishkill, N.Y., with three younger brothers, Keenan attended public elementary then junior high. He and his brothers went to Marist College, also in Poughkeepsie, where Keenan studied criminal justice and met his wife Mary Lou. An investigator for the New York City Board of Education for a few years, he realized he wanted to teach and went back to school for his certification. He taught in Harlem, the Bronx and Maryland before returning home to the Hudson Valley. For 15 years, he was the football head coach for Millbrook High School in New York, where his son and daughter went to school. Now, he coaches with his best friend and OLL classmate Jimmy Fedigan. “It’s nice to be back home,” says Keenan.

The Call for a Kidney
Emiliano Guerriero had been on dialysis for two years, praying for a kidney, one of 93,000 on the waiting list. His sister-in-law, Libra Guerriero, also teaches fourth grade at Gayhead. When Keenan heard “they were looking for someone O positive to donate a kidney,” he jumped into action. “I knew I was O positive from giving blood.” After being connected with Emiliano’s caseworker, Keenan began a series of tests at Albany Medical Center. “It took about six months, but it turned out I was a perfect match!”

On Nov. 2, 2020, Guerriero and Keenan underwent successful surgeries, and both continue to progress. Just two weeks later, Keenan was walking several miles a day, participating in remote parent-teacher conferences, and being interviewed for this article, only to help spread awareness of organ donation and encourage others to save lives. “There’s a ripple effect,” he says. “I don’t think people realize that I helped not just Emiliano, but someone else on that list who is waiting to be saved.”

Become an Organ Donor
In fact, Keenan refuses to call himself hero, pointing instead to “the doctors, nurses…all medical workers. All I did was lay on a table. If I still had two kidneys, I’d do it again tomorrow.”

He wishes he could, given the sobering numbers. In New York alone, 10,000 people need a life-saving transplant. To become an organ donor upon death, New Yorkers may register with the state’s donor registry (donatelife.ny.gov) and include donor designation on your driver’s license. To learn more about becoming a living donor, visit donatelife.net.