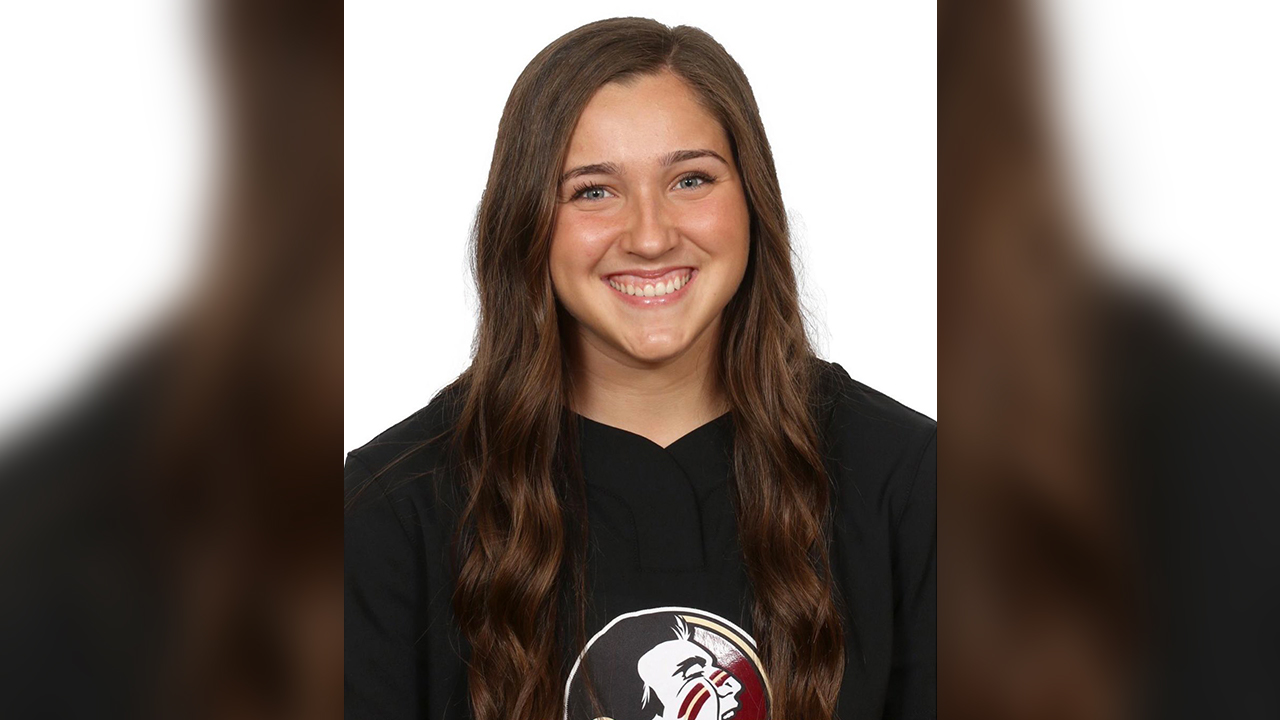 Hallie Wacaser is set to get her softball career at FSU underway. (Credit: FSU Athletics)

In the fall of 2019, Wacaser played for the USA Softball 17-and-under Women’s National Team. The team finished with a perfect record (8-0), but the experience Wacaser obtained outweighs winning a handful of games in a different country.

With a .560 batting average, 10 RBIs, and two home runs, Wacaser proved to be the catalyst for Team USA. After a 12-0 win over Argentina, Wacaser collected two more hits, including a triple, in the gold-medal game against Mexico.

Just over a year ago, the U-17 Women's National Team claimed Gold at the Pan American Championship!@WBSC | #U17SoftballPanAm pic.twitter.com/pWJfVwhACA

With her Team USA journey behind her, Wacaser looked forward to her senior season at Bentonville West. But the COVID pandemic had other plans. Wacaser and her team only played three games the entire year. But following a shortened 2019-20 season, Hallie Wacaser was awarded her second Gatorade Arkansas Softball Player of the Year award.

“It shows how much work I put in,” Wacaser said. “I wouldn’t have been able to do it without my teammates. I had a great high school experience with a great team. It was just a lot of hard work over the years, and it was just very rewarding. I was thankful to be able to be nominated for it, but to be able to win it twice is pretty special.”

To go along with her Gatorade Player of the Year awards, Wacaser was also a three-time first-team all-state selection. With a career batting average of .496, 141 career hits, and 36 career home runs, Wacaser was truly a special player for the Wolverines.

“From the day I met Hallie Wacaser, I knew she was different,” Bentonville West Softball head coach Anthony Cantrell said in a Gatorade press release. “While throwing [batting practice] at tryouts, I hit her with the first pitch, and she then hit the next five balls out of the park. She has been a true joy to coach.”

With her high school days behind her, Wacaser will embark on a new journey which has brought her to Florida State University. And to help her along in that journey, she is going to continue to look up to the one person who has a significant impact on her life: her mother.

“I really look up to my mom,” Wacaser said. “She’s awesome, and she really inspires me. She makes me the best version of myself, and I just want to grow up and be her one day. We’re very close. She’s very competitive, takes control, and everything I want to be when I grow up.”

Happy Birthday momma! We love you so much and are so thankful for you 🤍 pic.twitter.com/671UI2DqvM

Along with help from her mom, Wacaser is looking up to her new teammates as she continues her softball career.

“With COVID and not getting to see your family as much, that’s been a bummer,” Wacaser said. “But honestly, I love Florida, I love Tallahassee, and the whole team is like a family, so it doesn’t feel too different.”

Wacaser is currently at FSU preparing for the 2020-21 season, and one of her goals is to help the Seminoles capture a national championship, something the team did back in 2018. But before that can happen, Wacaser is focused on becoming the best possible person she can be. By continuing to improve every day, there are no limits to what Wacaser can accomplish.

“Winning a national championship would be awesome,” Wacaser said. “We [the team] work so hard each day to try and accomplish [that goal]. It’s going to take everyone. Hopefully, over the [next] four years, I get to compete in one [a national championship] or even get to play in the Women’s College World Series. [But] at the end of my four years, I just want to be the best person I can be.”