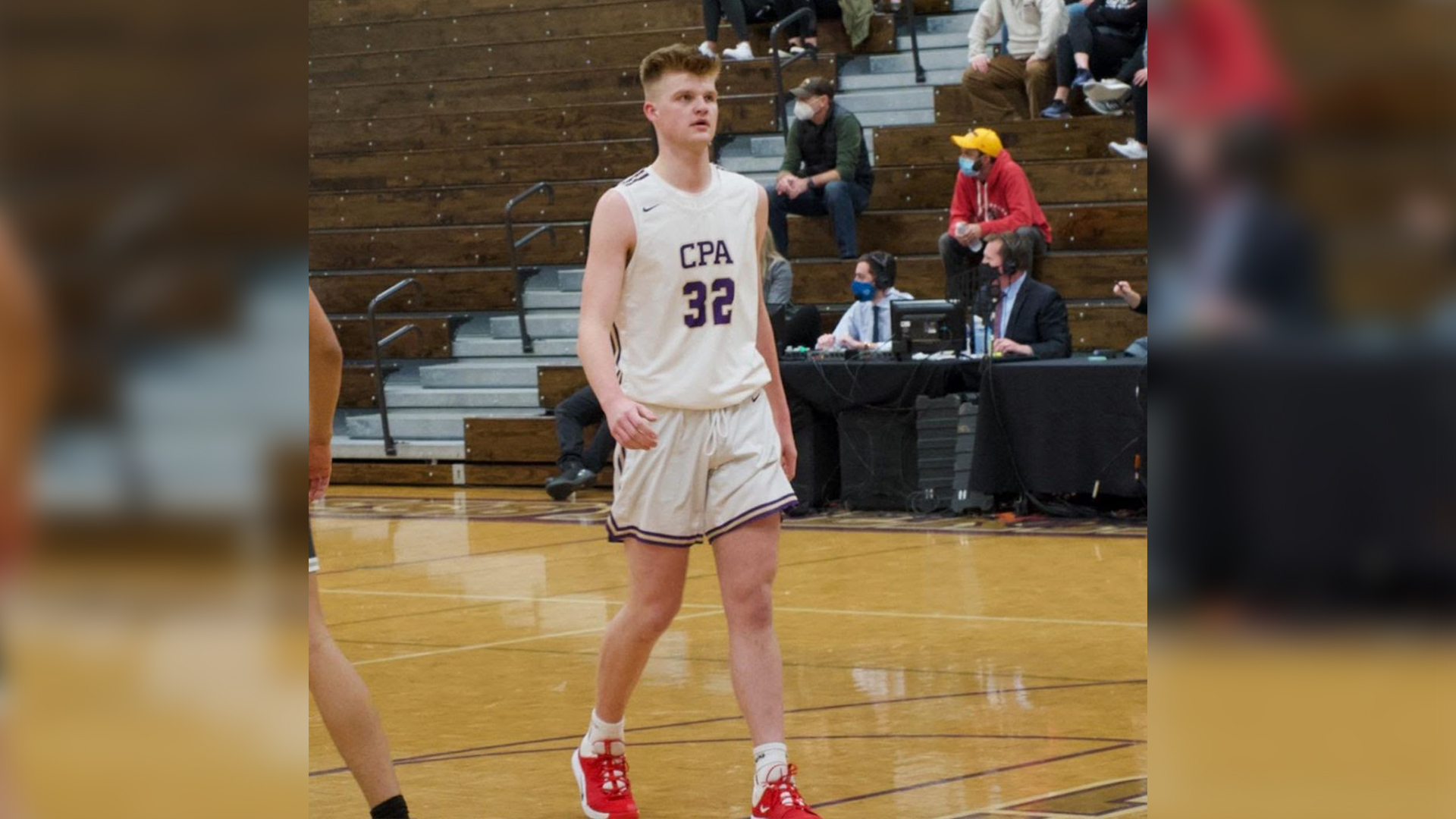 NASHVILLE, Tenn. (BVM) — Anyone that has ever picked up a basketball, knows that hitting a three-point shot is one of the most euphoric moments in sports for an athlete.

Braeden Moore remembers his first in-game three vividly. It was in an AAU championship game when he was in fifth grade. They may have lost, but Moore left that gym with new confidence in his jump shot.

“That’s when I knew, I was like, man, I can actually make threes,” Moore said.

Moore has hit quite a few more since that day. He has become one of the best high school shooters in the country and is ranked as the fifth-best player in the 2022 recruiting class in Tennessee according to 247 Sports.

Moore currently ranks second in the state this season for made three-pointers with 64 in only 21 games, helping boost his points per game to 20.4.

The 6-foot-8, 210 lb. Christ Presbyterian Academy standout has a reputation as a spot-up specialist, but he knows he’s more than that.

“I think I’m more of a face-up scorer,” Moore said while describing his play style. “I would say a little more like Luka Dončić. I think that’s the closest player to me. I can shoot it similar to him and he uses his body, he uses an amazing pivot foot.”

Moore had quite a strong first half to his high school career, eclipsing the one thousand point mark during his sophomore campaign last season.

Moore’s grandfather was able to fly out to Nashville for the game in which his point total shifted from three digits to four, only a month after his grandmother passed away.

“It was an emotional night, he lives in California, so it was a pretty far flight for him, but it was fun, fun night,” Moore said. “It was just crazy. Middle of my Sophomore year, I reached a thousand points. It was just an amazing night.”

Moore did not slow down after reaching that marker, as he put in a lot of work after the season, including a rigorous training effort throughout the months of the COVID-19 pandemic.

“I remember every day during quarantine, when it really first hit, for the first three weeks I was lifting every single day,” Moore said. “My body transformed a little bit. It just kind of went to another level.”

The hard work paid off. The past couple of months have been surreal for the teenager, including experiences in which he received three offers on New Year’s Eve and FaceTime calls with four-time all-star and current Memphis Tigers coach, Penny Hardaway.

“He asked me, ‘who’s a better shooter, me or you?’ and I was put on the spot, I was like, ‘Well, I’m gonna go with you since you played in the NBA,” Moore said.

The phone call resulted in Moore receiving an offer from the university. In all Moore has received 18 college offers since Dec. 1 bringing his total up to 31.

Still only a junior, Moore has aspects of his game that he wants to work on before heading to college.

“Being able to jump higher,” Moore said. “This past summer, I actually added three to four inches to my vertical, and I would say this summer if we added another two to three or three to four, oh goodness. That would really push me over the edge.”

If Moore accomplishes this and continues to stay on the right track, many believe he could achieve the dream of millions of kids around the world: To play professionally.

“My goal is to play in the NBA, hopefully a lengthy career,” Moore said. “If not, I’ll play overseas. If not, I’ll use the degree I have for whatever great school I go to and build a family.”

In the new era of basketball where three-point shooting is everything, expect Moore to land much more than the 31 offers he has now before he receives his high school diploma.