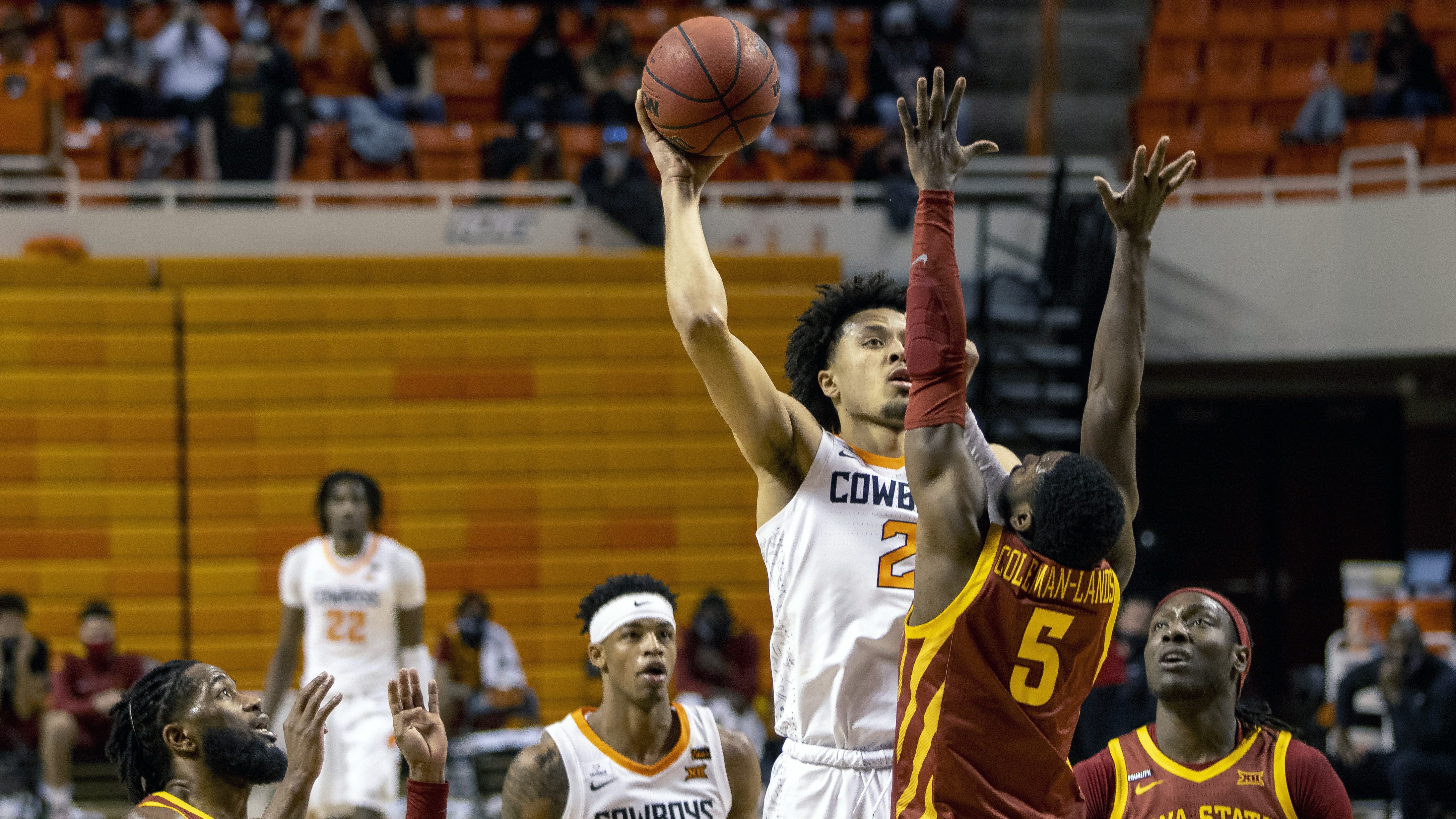 Oklahoma State had its lead trimmed to 53-47 with 11:43 remaining on Rasir Bolton’s three-point play. But Iowa State would only make one more field goal the rest of the way — another three-point play by Bolton at 5:57.

Cunningham and Kalib Boone combined to made 14 of 20 field goals for Oklahoma State, while Iowa State was held to 19-of-57 shooting (33.3%).

Cunningham, averaging 18.5 points per game as a freshman, scored 15 points on 6-of-8 shooting in the first half — including three 3-pointers. He also had four rebounds and four assists. The Cowboys shot 50% in the half to help build a 42-30 lead.

Both teams were scheduled to face top-10 opponents this weekend, but Oklahoma State’s game against No. 2 Baylor was postponed. Iowa State is set to play No. 9 Oklahoma on Saturday.