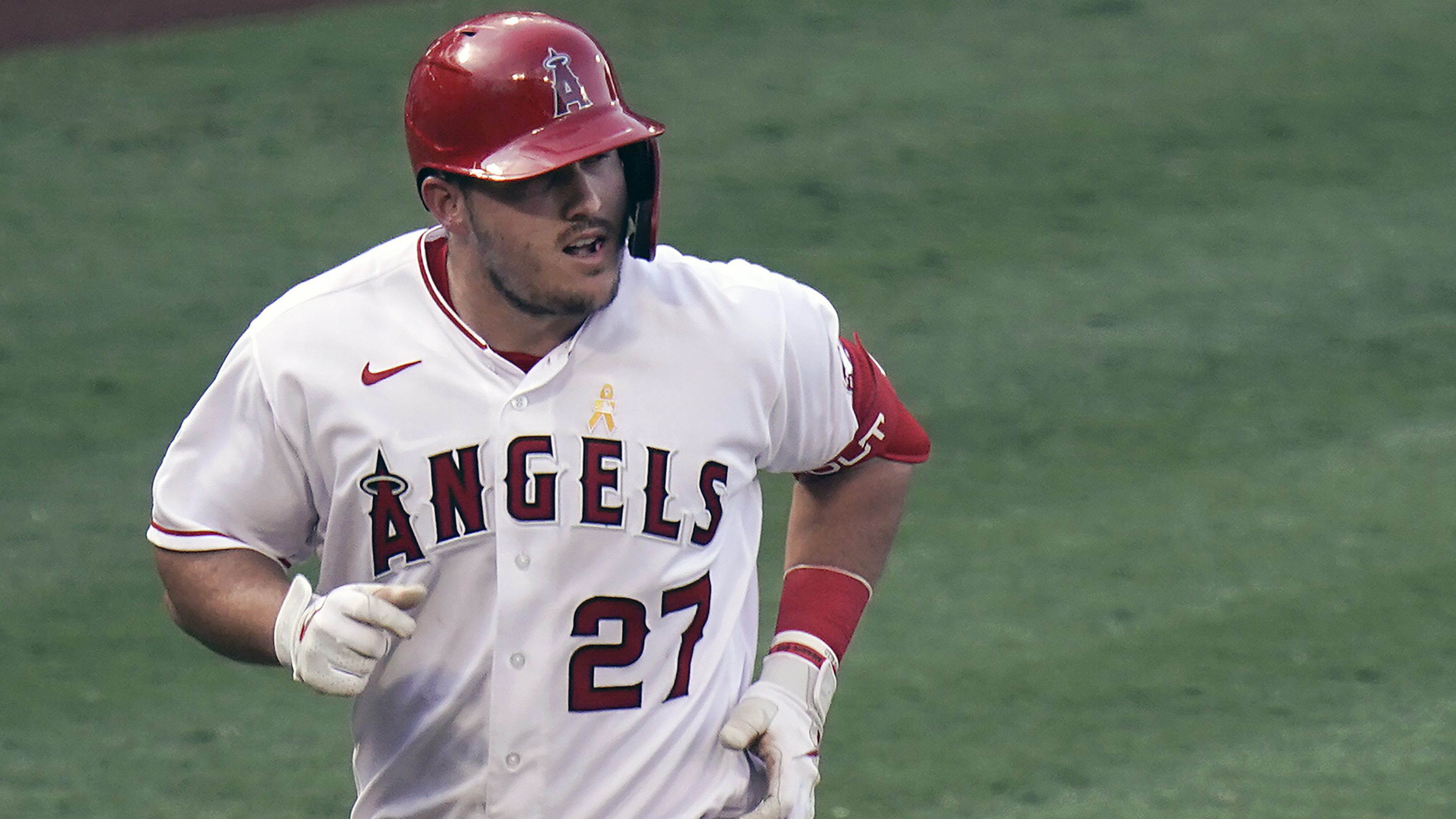 How long will the Los Angeles Angels’ three-time AL MVP have to wait for his first playoff victory?

“It’s definitely weighed on me,” Trout said Monday before the Angels’ first full workout of spring training in Tempe, Arizona. “I hear it every year. The only way to change that is to get to the playoffs, no matter how that is.”

Trout has been waiting for his answer to that query for nearly a full decade since his major league debut in July 2011. After the Angels’ latest failure last fall, Trout knows he won’t win a postseason game before he turns 30 this summer.

The big-budget Angels are tied with Detroit for the third-longest playoff drought in the majors at six seasons, trailing only Seattle and Philadelphia. Not even the expanded 2020 postseason helped Los Angeles, which finished 26-34 for its fifth straight losing campaign — the franchise’s worst stretch since the 1970s.

Yet the eight-time All-Star remains indefatigably optimistic about the Angels’ chances, even after owner Arte Moreno triggered yet another offseason overhaul by firing general manager Billy Eppler, Trout’s good friend.

“I’m trying to get to the playoffs,” Trout said. “We all are. If that’s not the mindset, you shouldn’t be here. We’ve got one goal. That’s to get to the playoffs and win a World Series here. It’s still the same goal. Obviously a lot of new faces this year. We kind of cleaned house a little bit.

“I’m looking for a fresh start, and you know, I’m getting older for sure, but I’m still young. I still feel great. It’s a lot different now this year. I’m a dad. I don’t know if that’s something different, but maybe it’ll change the luck.”

The Angels’ biggest problems are all on the mound, so they remain out of Trout’s hands no matter how brilliantly the $426 million center fielder plays.

Although Los Angeles didn’t address its endemic pitching woes with any splashy signings, Trout and manager Joe Maddon are hoping the Halos can build on their strong finish to last season over a full year of play in a division that appears to be less daunting than last season.

The Angels’ top brass has spoken frequently of its determination to win in the prime of Trout’s career, and it’s a key motivation behind the organization’s resistance to a thorough rebuild. They’ve simply continued to add pieces around Trout, hoping to get new results from various roster tweaks.

Maddon agrees with the philosophy, and he doesn’t shy from the Angels’ responsibility to get Trout to the playoffs.

“It would absolutely be almost like a mortal sin in the Catholic faith,” Maddon said. “You just can’t miss out on that kind of an opportunity where you have that kind of generational talent. … There’s a lot of great players that never played in a World Series, so it goes beyond Michael, but I don’t want that to happen to him. This guy loves to play. He’s wonderful to be around. Of course I want to see it for Michael and his family, but I want to see it for everybody.”

Although Trout is more involved in family life and in union business these days, he said he still went through the same extensive offseason workouts with the same trainers. He wants to improve his fielding this season after what he called a down year in the outfield, so he intends to increase his spring work with the glove and his arm.

Trout is also optimistic about the latest change in leadership atop the franchise, even though he is still close to Eppler, who was abruptly canned by Moreno last September.

Trout said it was “obviously sad” to see Eppler’s departure, but he also feels comfortable already with new general manager Perry Minasian, who kept Trout firmly in the loop on the Angels’ offseason moves.

No matter who’s running Moreno’s front office, Trout believes the Angels in uniform will determine whether his playoff drought extends for another season — and whether fans will finally give him a break.

“I’m tired of hearing, ‘Hey, Mike! Adding this guy, is this going to help you?’” Trout said with a chuckle. “I’ve got to worry about myself and try to do what’s best for me and the team.”