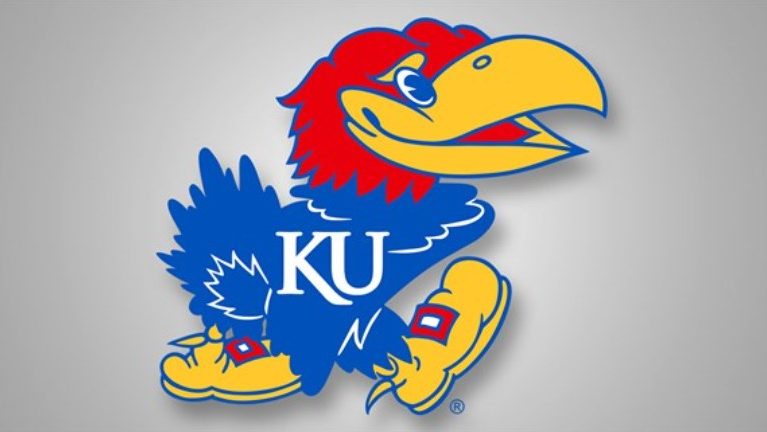 LAWRENCE, Kan. (AP) — After its record streak in the Top 25 came to an end, Kansas spent the past the past three weeks quietly getting better, ripping off five consecutive wins before taking No. 14 Texas to overtime in a close loss on the road.

Baylor spent most of that same stretch mired in a COVID-19 shutdown.

So when No. 17 Kansas walked into Allen Fieldhouse on Saturday, it had reason to be confident it could end the Bears’ perfect start. And by the time David McCormack finished pouring in 20 points, and Marcus Garrett added 14 on his senior night, the Jayhawks walked out with a 71-58 victory that left No. 1 Gonzaga as the nation’s only undefeated team.

They also made sure Baylor would need to wait at least a few more days to clinch its first conference title since 1950.

“There were a lot of naysayers saying whatever they would like,” said McCormack, who fouled out in the final minutes. “We had our ebbs and flows, but we’re continuing to rise, and we’re going to continue to rise into March.”

MaCio Teague scored 18 points and Davion Mitchell added 13 for the Bears, but leading scorer Jared Butler was 2 of 9 from the field and managed just five points while Garrett — one of the nation’s best defenders — hounded him all night.

The result was just the Bears’ second loss in 12 games against ranked opponents over the past two years, and an end to the best start in school history — though one that still has them positioned for a No. 1 seed in the NCAA Tournament.

“It’s a huge win for us. It’s not going to get you a ring on your finger or anything like that, but it’s a big win,” Kansas coach Bill Self said. “We could have easily won in Austin and really finished strong, but I’m really happy with the way we played.”

Baylor got off to a lousy start, just like it did in its return from its long COVID-19 pause, when it struggled to a comeback win over Iowa State. The Bears had nearly as many air balls (three) as points (four) over the first 6-plus minutes, and foul trouble sent Butler, Mark Vital and Matthew Mayer to the bench for long stretches.

Baylor eventually got on track, only for Kansas to close with seven straight points and lead 33-30 at the break.

The Jayhawks kept stretching their lead early in the second half. Ochai Agbaji finally knocked down a 3 after missing his first six tries, and McCormack followed Garrett’s miss with an easy put-back to make it 41-33 at the under-16 timeout.

Thus began a back-and-forth tussle between what has become the two premier programs in the Big 12.

Seldom-used guard Dajuan Harris scored five straight points for Kansas. Teague answered with back-to-back 3-pointers for Baylor, getting fouled on the second one and turning it into a four-point play. Christian Braun drove the lane and drew fouls for the Jayhawks, then Vital began getting shots to go in the paint for the Bears.

Kansas was still clinging to a 57-52 lead with 5 minutes to go when Braun made a pair of free throws. That began a 10-2 run over the next 3 1/2 minutes, most of the offense coming at the foul line, effectively putting away the game.

“Our guys, we didn’t quit. We had chances,” Drew said. “It was down to five or seven, I thought we were right there. They drew a foul and I thought that was the turning point as far as our comeback.”

Garrett was the only player honored on senior night, which proceeded despite the late addition of UTEP to the schedule Thursday night. Fellow seniors Mitch Lightfoot and Chris Teahan plan to use COVID-19 rules to return next season.

Kansas is starting to hit his stride — Self said as much following the game, when he addressed the roughly 2,000 fans allowed in the Phog due to COVID-19 restrictions. That momentum is a big reason why the Jayhawks added an extra game against UTEP this week, preventing them from a long layoff before the Big 12 Tournament.