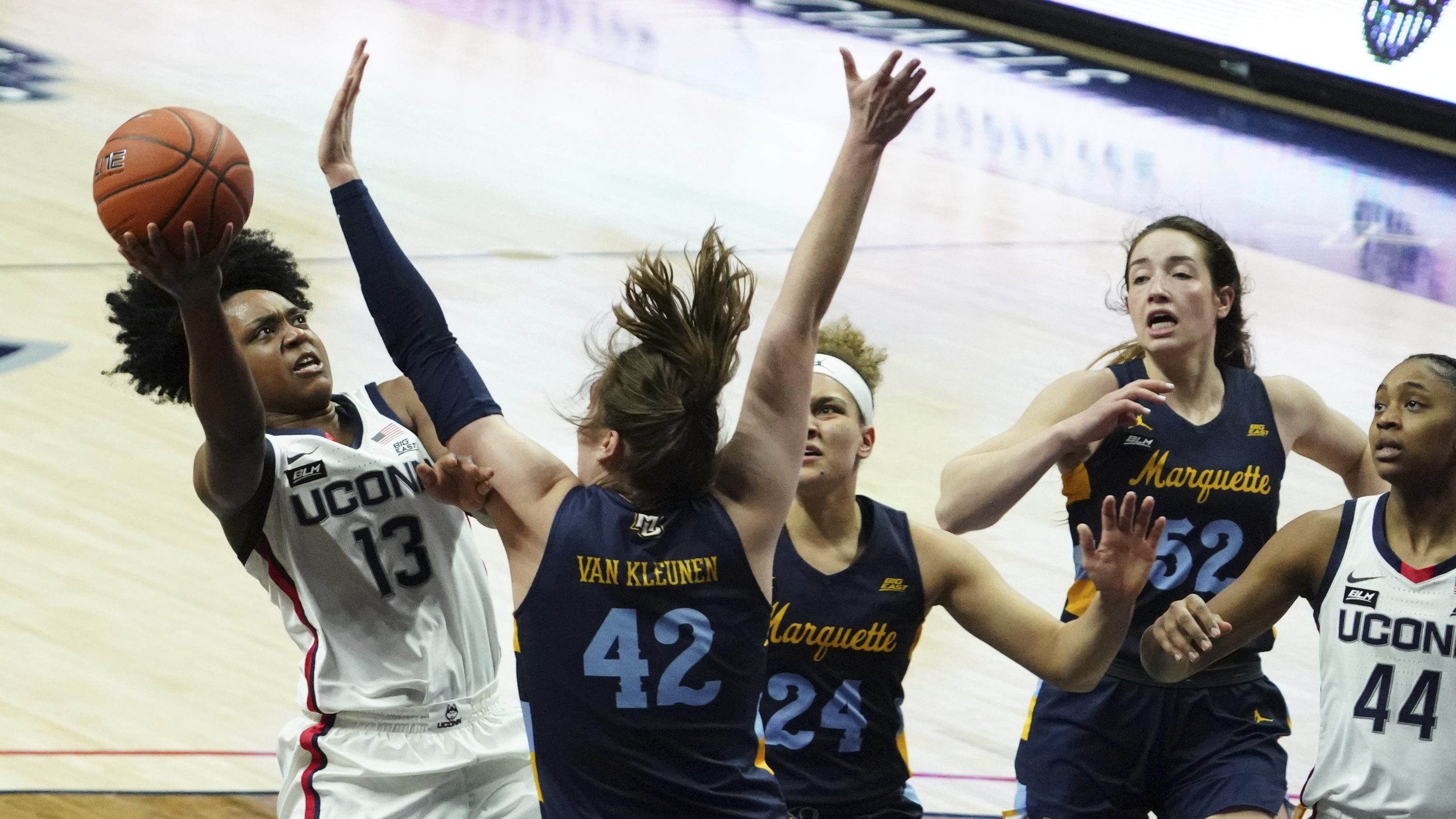 STORRS, Conn. (AP) — Olivia Nelson-Ododa had 19 points and 10 rebounds to lead top-ranked UConn past Marquette 63-53 on Monday night in the regular-season finale for both teams.

Aaliyah Edwards added 16 points and eight rebounds for UConn (21-1, 18-0 Big East), which ended the regular season without a conference loss for the eighth straight year.

Camryn Taylor scored 19 points to lead Marquette (17-5, 14-4), which lost for the first time in six games and will be the No. 2 seed in this weekend’s Big East Tournament.

Lauren Van Kleunen had 12 points and Jordan King added 11 for the Golden Eagles, who were blown out by the Huskies 87-58 last month at home.

UConn’s Paige Bueckers had 30 points in that game. The star freshman, who came in averaging 20 points, scored 13 on Monday.

UConn had been beating its conference opponents by an average of 35 points.

The Huskies led 37-25 at halftime thanks to 11 offensive rebounds and 15 second-chance points over the first two quarters.

Marquette kept it close in the second half, twice pulling the game to within single digits after UConn built its lead to 15 points.

Marquette: The Golden Eagles had not lost since early February when they dropped back-to-back games to UConn and No. 25 DePaul.

UConn: The Huskies, who spent the previous seven years in the American Athletic Conference, are 157-0 in league games since falling to Notre Dame in the Big East championship game in 2013.

UConn and Marquette are the top two seeds in the conference tournament, which will be held this weekend at Mohegan Sun Arena, about 30 miles south of the Connecticut campus in Uncasville.