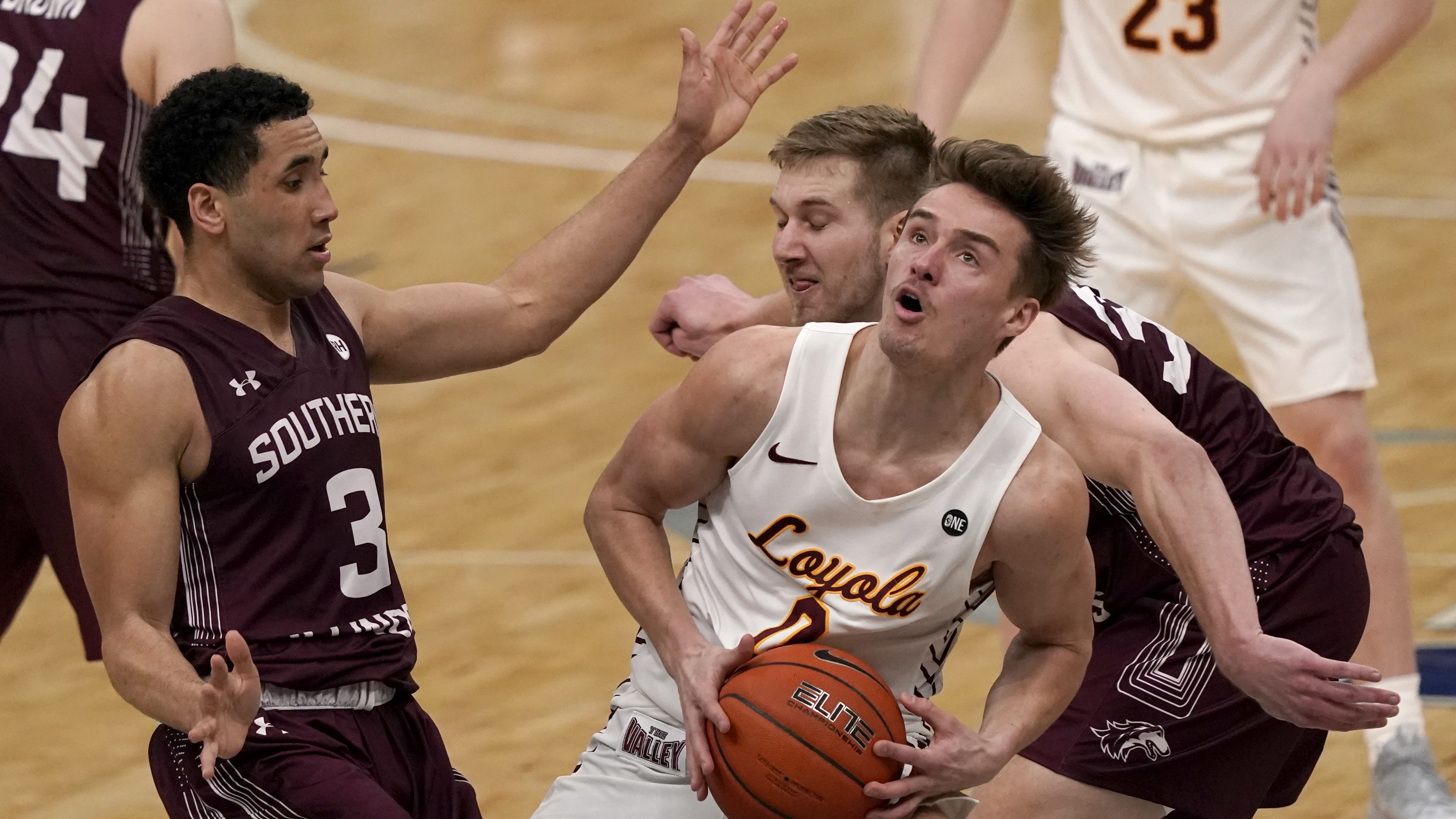 ST. LOUIS (AP) — Freshman Jacob Hutson had 13 points and Lucas Williamson and Braden Norris each added 11 and No. 20 Loyola earned a 73-49 win over Southern Illinois on Friday in the quarterfinals of the Missouri Valley Conference Tournament.

The Ramblers have won three straight games against Southern Illinois (12-14) after sweeping a two-game set in Chicago to close out the regular season.

The Salukis were playing without guard Lance Jones, who was injured in the first half of Thursday night’s game against Bradley.

Southern Illinois: The Salukis are 0-16 in their past 16 games versus ranked opponents, extending the longest such losing streak in school history. Their most recent win versus a ranked foe was a 64-62 triumph at home over then-No. 23 Wichita State on Feb. 5, 2013.

Ramblers seniors Williamson and Cameron Krutwig continue to build on their mark as the winningest four-year players in school history with their 95th career wins.

With Jones’ injury, sophomore guard Trent Brown became the only Salukis player to start all 26 games this season.

Loyola: Faces the winner of Evansville versus Indiana State in semifinals Saturday.