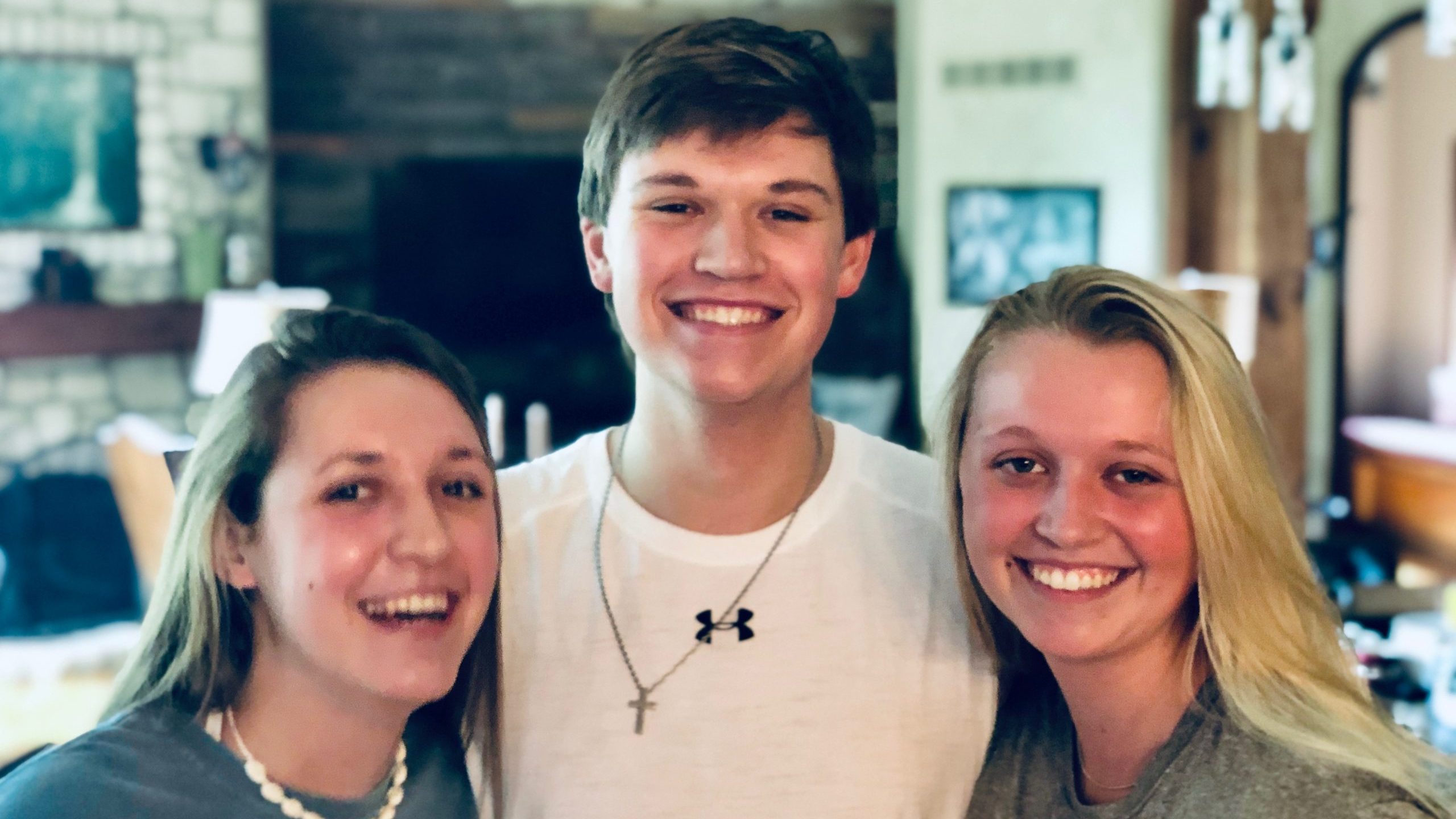 ST. ALBANS, Mo. (BVM) — Some athletes grow up following in the footsteps of their older siblings. But for triplets Carlie, Lexie and Austin Vick, they have grown up together in the sport of basketball.

The triplets were brought into sport at the young age of 5, competing at their local YMCA. With both Vick parents being former high school basketball players, and each of their kids being tall for their age, Carlie notes that basketball was a perfect match growing up.

“We were always tall for our age,” Carlie said. “My parents both thought it would be a natural fit for us. I’ve come to love the competitiveness of basketball and working as a team.”

Carlie has since grown to a height of 6-foot-2, allowing her to play consistently in the post for Westminster Christian Academy. Her defense and passing are what she believes are her best skills, while her offensive game continues to progressively develop.

Although Carlie’s 6-foot-2 height is impressive, it doesn’t quite match the towering 6-foot-8 stature that Austin has grown into. While he has been gifted with great height, his skill on the court has come from hard work, and Carlie believes it is finally paying off.

“Austin is very good, he’s really come into his own this year,” Carlie said. “He has continued to grow in size and skill. We go to performance training together and he works hard and I think it will pay off. He would like to play Division I college basketball and I think he is on the right track.”

Of course, Carlie also gets to share an on and off-the-court bond with Lexie. Although Lexie is a basketball player like her siblings, she is more of a multi-sport athlete compared to Carlie and Austin, also competing in volleyball, lacrosse and rowing during her high school years.

“We get along really well, and I enjoy our time when we’re on the same schedule,” Carlie said about Lexie. “She is naturally athletic and works hard and she enjoys basketball but likes other sports as well. I think she enjoys the change, where Austin and I prefer to play basketball year-round.”

While you might expect the three siblings to be the same after hearing they are triplets, it is actually quite the contrary, particularly in their personalities. Carlie is a more reserved and quiet leader, as Lexie is more outgoing. Austin is easy going, and also described as the “social organizer” of the three.

The future for each of the siblings is bright, but Carlie’s is perhaps more clear as she continues to excel on the hardwood. The Westminster junior realized her talent on the court from a young age, often playing with multiple teams at a time during her youth.

That experience has stuck with her as she has continued in her high school and AAU career with BlueStar St. Louis Silvey.

“My BlueStar Silvey team is awesome,” Carlie said. “It’s a really talented group and we all want to play in college so everyone is driven. It’s especially fun to play with others that feel the same way about the game. Club ball is more competitive, which makes winning even better.”

At the same time, as Carlie continues to shine in AAU, she is starting to gain notice from several colleges.

“I think the whole process of training, traveling, winning, losing, building relationships and adding new experiences has continued to support and encourage me in a collegiate direction,” she added. “I’m excited and looking forward to playing in college, but I am really enjoying the process.”

Of course, recruiting has been made more difficult over the past year or so due to COVID-19, but Carlie is still doing all she can to find the right school for her. Currently, she has received nine offers from Southeastern Missouri State, Murray State, Wofford, Saint Louis University, Utah State, Tulsa, Lipscomb, Central Michigan and the University of Alabama-Birmingham.

While she has yet to take any official visits, she has been in touch remotely with these schools and others, and is anxious to see what each campus has to offer.

“I have had several Zoom calls which is helpful, but I’m anxious to actually visit,” Carlie said.

Carlie hopes to go into the healthcare field after her basketball career, so a school with a good pre-med program is another important factor. She also hopes her siblings can go to the same school or stay within the same state, another important part of her college decision.

“It would be great if all three of us could go to school together or even in the same state,” she added. “That is definitely a factor in my decision-making process.”

No matter where she plays, the opportunity for Carlie to be able to play college basketball is something she is very happy about.

“I’m super excited,” Carlie said. “When you are young, it’s easy to think you want to play in college, but now that it’s an actual possibility, I feel extremely blessed. I am hoping to take my game to the next level and be the best I can be while supporting others to do the same.”

Carlie may even look to take her game one step further and play overseas after college. Her current trainer, Angela Lewis, played in Germany after finishing up her career at Saint Louis University, and Carlie believes that could be a special opportunity for her as well.

A lot is in store for the future, but Carlie continues to take her game to the next level in the present. As a freshman at Westminster, the basketball standout admits that it was an adjustment playing against older and more-experienced players for the first time. But with the support she received from the Wildcats’ upperclassmen, she was able to use the year as a learning experience that has benefited her over the last two seasons.

As a sophomore, Carlie’s confidence grew. And as a junior, she has put that on full display, averaging over 10 points and seven rebounds per game. While Covid regulations have made the season and school year unique, Carlie is still enjoying the season she and the Wildcats are putting together as they continue through the district round of the postseason.

“The season has been really good,” Carlie noted. “Personally, I feel pretty confident about my game. There are definitely some things I would like to improve on, which I’ll work on over these next several months. We are fortunate to have a lot of talent at all ages on our team and I’m really looking forward to my senior year.”

Ideally, Carlie will have her college commitment wrapped up before she takes the floor for the Wildcats next fall. If she does, she hopes to relax and have fun with her teammates in her last go around with Westminster.

“For my senior year, I really just want to play well and have fun,” Carlie added. “There’s a lot of pressure to perform when you are hoping to play at a college level. If I’m fortunate enough to already have a college plan in mind, I think I’ll just be able to relax and play hard.”

In about 15 months, Carlie and the rest of the Vick siblings will officially graduate from Westminster, and will be ready to start new beginnings. But that doesn’t mean they won’t still hang on to the cherished memories of the past, like being able to grow up in the game of basketball together.

“We will probably always be known as the tall triplets,” Carlie joked. “Growing up in the game together has been great. I’m not sure we realized how unique it was until we got much older, but I’ve never known anything different.”