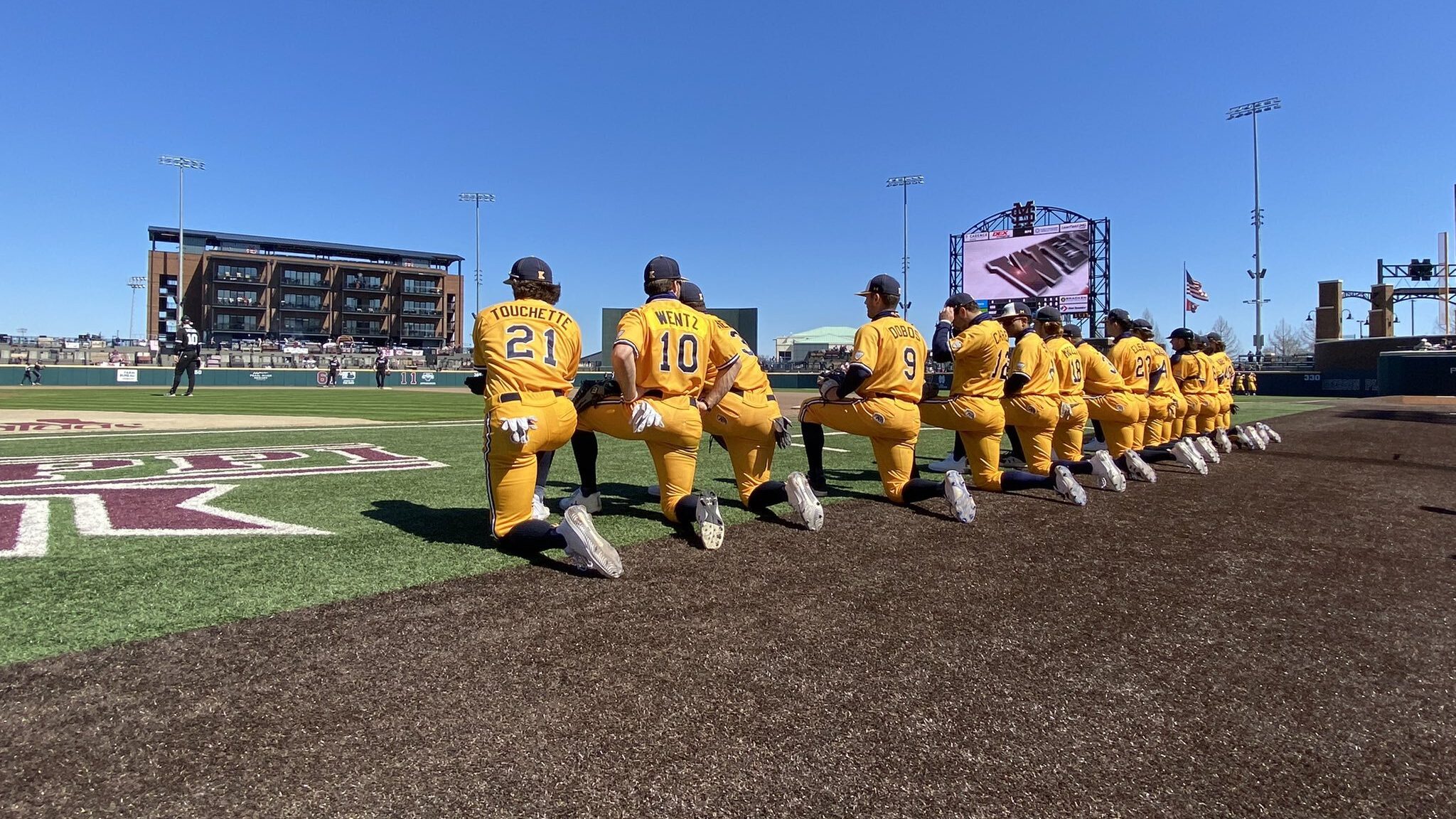 STARKVILLE, Miss. — For the first time since 1985, the Mississippi State baseball team threw a no-hitter Sunday during the team’s 13-0 rout over Kent State.

For the Bulldogs, pitcher Jackson Fristoe set the tone early on the 58-degree sunny day in Starkville, Mississippi, striking out two in the top of the first inning. The offense would help Fristoe out, scoring a run on a base hit by third baseman Kamren James with one out in the bottom of the first frame.

From there, it was all Mississippi State.

The Bulldogs would add a run in each of the next two innings, giving themselves a 3-0 advantage. In the top of the fourth, Kent State first baseman Michael Turner hit the best ball of the day for the Flashes, a rocket to left field. Mississippi State’s Drew McGowan had a great jump on the ball and made a spectacular diving catch to end the top half of the inning.

Kent State would limit the damage in the fourth, the only inning where starting pitcher Max Rippel — a former closer — would not give up a run.

Going into the fifth inning, Kent State still had not had a single runner on base. Fristoe was overwhelming the Flashes — striking out six batters — but they stayed in the ballgame thanks to the limited damage the Mississippi State offense had produced at that point.

In the bottom of the fifth, the Bulldogs offense lit fire.

With the lead growing, Fristoe would ‘K” one more Kent State hitter in the sixth before leaving the diamond for good. He completed a full six innings of work and did not allow a baserunner while striking out eight Flashes.

In the bottom portion of the sixth, Pittman would only face two hitters. He would walk first baseman Josh Hatcher before striking out McGowan.

Then, disaster struck in Starkville for Kent State.

Left-handed pitcher Peyton Deats relieved Pittman, and the Bulldogs pounced. They would hit 3 singles and a double off of Deats in the inning, plating four and expanding their lead to 9-0, effectively ending the game.

Kent State would get two base runners on in the seventh inning with two outs, but they were drawn from an error from Mississippi State shortstop Lane Forsythe — making his first career start — and a walk.

Mississippi State poured on in the bottom half, taxing four more runs off the Kent State bullpen to give themselves a 13-0 lead going into the eighth inning.

As the top of the ninth began, Kent State was still searching for its first hit of the ball game.

It never came as pitchers Mikey Temper and Cam Tullar would finish off the Flashes one-two-three to seal the combined no-hitter for the Bulldogs.

Up next for Mississippi State is a home game Tuesday against Grambling. For Kent State, they return to the diamond Friday against Salem University.