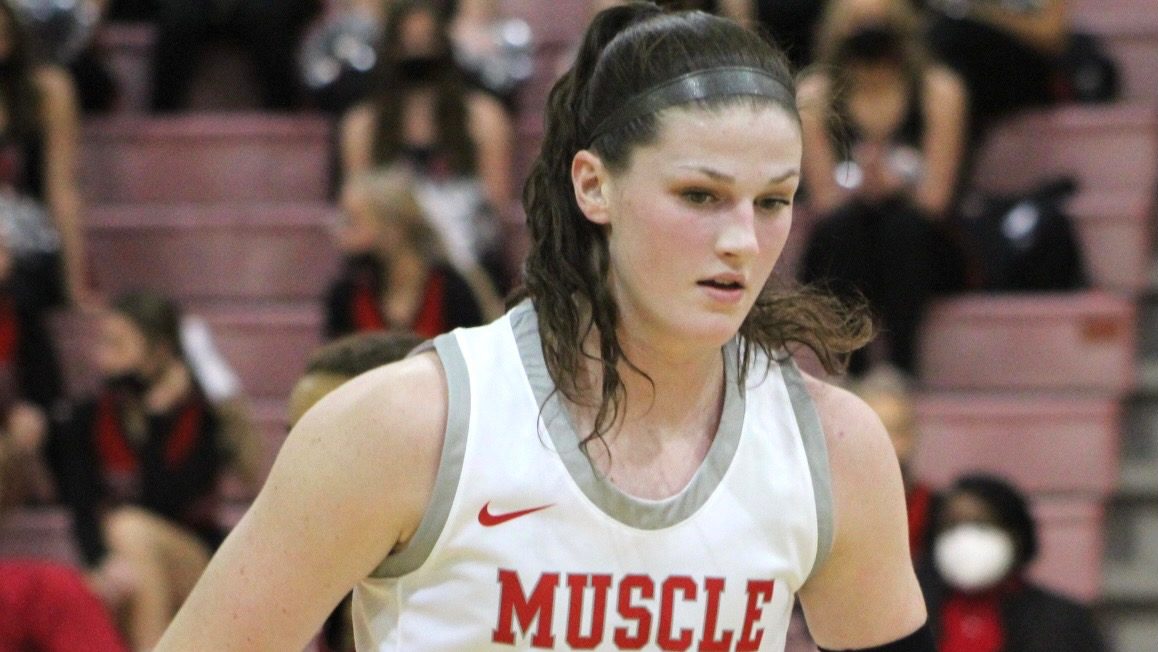 Muscle Shoals was 15-10 this past season, led by Puckett who earned many conference honors. (Courtesy: Sara Puckett)

MUSCLE SHOALS, Ala. (BVM) — When you think about NCAA women’s basketball, you think about UConn’s legacy with Geno Auriemma, winning four straight national titles. You think of South Carolina’s recent dominance and now-WNBA MVP A’ja Wilson. But of course, one of the most important things that comes to mind is Tennessee’s rich history with the late, great Pat Summitt, who has accrued the third-most wins in women’s NCAA basketball history.

So when it came time for Sara Puckett of Muscle Shoals, Ala. to decide on her college of choice, that memory of the legend Summitt had built through Lady Vols hoops played a role. But Puckett was also excited about coach Kellie Harper’s vision for the present and future.

“The legacy and tradition of women’s basketball there was extremely good and that attracted me there,” Puckett said. “And just knowing Coach Harper’s plan for now just really threw me in.”

Puckett’s commitment to Tennessee was a big get for the Lady Vols as ESPN has the 6-foot-2 forward listed as the No. 43 recruit across the nation. Her senior season for Coach Blair Woods, she scored 20.5 points per game and pulled down 10.1 rebounds per game. She dominated every aspect of the court.

It was only a matter of time before she started getting interest from across the country. The summer before entering the 10th grade, Puckett started receiving high-major offers. By the end of her 10th grade year, she was already a 1,000-point scorer. In the summer of 2019, on a visit to the Tennessee campus in Knoxville, she was offered by Harper.

“I was actually on a visit. I did my visit, and then me and my parents sat down with Coach Harper in the gym up on a balcony,” Puckett said. “That’s when she told me what she was seeing in the future for Tennessee and how I fit in and that’s when she offered me.”

Yet it wasn’t an easy decision to make for the future Vol. She had about two dozen Division I offers and considered other schools like Georgia, Louisville, Florida State and Kentucky. But through prayer and a thoughtful process, Puckett decided that Tennessee was where she belonged.

Her high character will go a long way towards continuing the excellence of Lady Vols basketball, and she credits a lot of that to her parents. Knowing she was destined for greatness in the women’s basketball realm wasn’t why they did this, though, they wanted her to be successful in anything she did. They instilled into her the values that correlate with success. They couldn’t have done a better job.

“My parents have always instilled being humble, so I just have really taken that on because I don’t want anybody to say that I have bad character. I want to be an upstanding young lady and I keep that as my mentality,” Puckett said. “Being humble and not letting anything get to me because the work I put in will help me earn everything I accomplish.”

The relationship between Tennessee and Puckett, though, will be mutually beneficial because as much as she’ll help them, the program and her teammates will help her just as much. She’ll have a top tier coaching staff and elite talent surrounding her, hoping to maximize her talents.

“Just being there in that atmosphere, and just playing for those coaches and alongside those girls there and the girls coming with me,” Puckett said. “I’m going to be going up against a 6-foot-7 Tamari Key in practice, so that’ll give me some good practice, head fakes, going into her, getting a foul, that kind of thing.”

With the Lady Vols officially being eliminated from the Women’s NCAA Tournament, Puckett can now lock in on joining the team and getting to work. She doesn’t yet know when they’ll be welcomed on campus, but when the call comes, you can bet she’ll be ready. The people on her side will be ready, too.

“My family has been great, my community, my friends. I haven’t gotten any flak about going instead of staying in Alabama or anything like that,” Puckett said. “I’ve just loved the support because everybody every day is supporting me.”