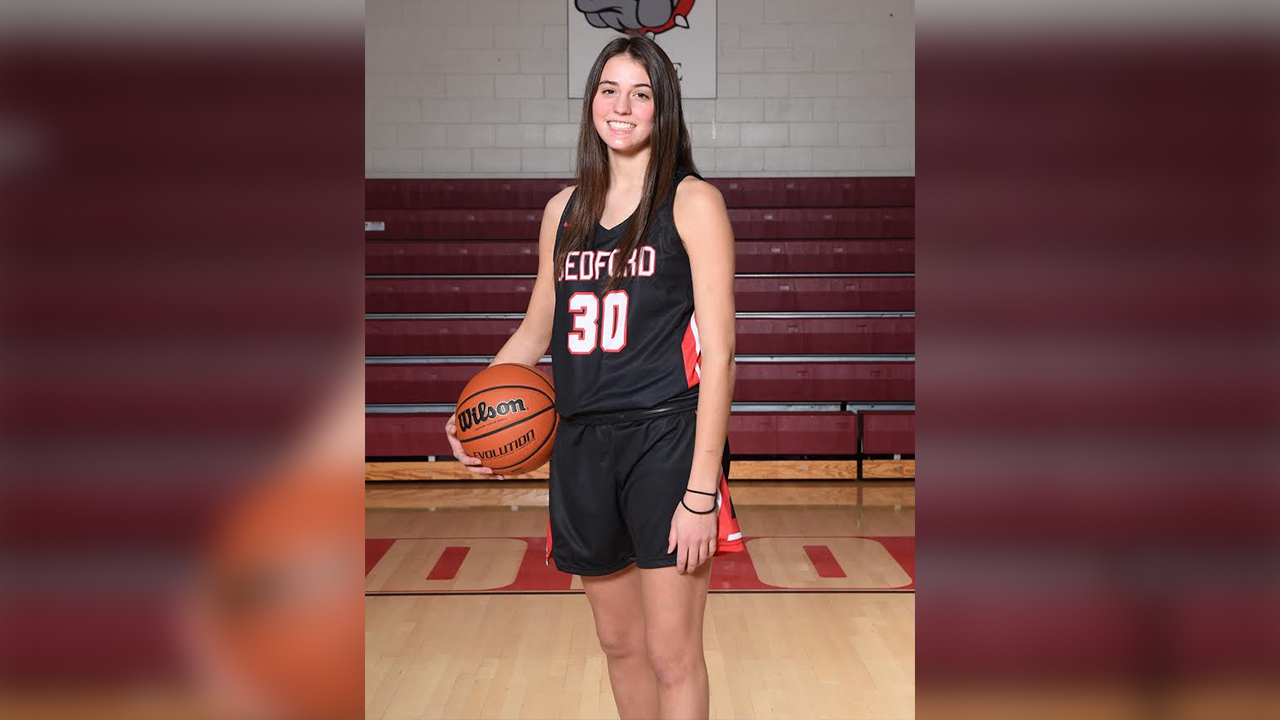 After helping lead the Bulldogs to a 15-3 record last season, King wouldn’t get the opportunity to take down annual powerhouse Bishop Guertin in the team’s semifinal matchup against the Cardinals after Covid-19 cancelations. With the season ending, Bishop Guertin was awarded its fifth straight state championship without having to play the Bulldogs.

“We had a good chance and we knew we were going to win that game,” King said. “Without that game, it definitely motivated us for this year. We knew it wasn’t fair that they were named champions so we just wanted to get back at them this year.”

King, who first made her appearance on the Bedford varsity team coming off the bench her sophomore year, has learned to play her role. After cracking the starting lineup her junior season, King knew what it would take to get the Bulldogs back to a playoff matchup against their rivals.

The Bedford guard would dominate throughout her senior season averaging 20.1 points, 8.5 steals and 3.0 assists. After leading her team to a 14-2 record, the Bulldogs senior would help put her team right back in place for a matchup against the reigning state champions.

Following a 20-point collapse against Bishop Guertin earlier in the season, King and the Bulldogs were prepared for their chance at redemption. With a 13-point lead at half, King would make sure to put the game away this time, scoring 12 of her 23 points in the third quarter while propelling Bedford to a 64-46 win over the Cardinals in the state championship.

“It was really special to win the championship,” King said. “Being named state champions came with a lot of work and our team just put in hard work and effort, day in and day out. Especially to beat our rival [Bishop Guertin], that felt even more [special]. Not just that we won but that we crushed and dominated them. That was like my dream and my goal ever since freshman year to be a state champion and to make that come true, was just the best feeling.”

The state championship capped off quite the career for one of the program’s best all-time players. King became the first girls basketball player in Bedford history to hit 1,000 career points while racking up honors like Miss Basketball and MaxPreps New Hampshire High School Girls Basketball Player of the Year, after her senior season.

“Going back to freshman year, I remember telling my coach I want to be player of the year, best player in state, a state champion, a 1,000-point scorer, and to make that all happen, it’s just very special,” King said. “All the hard work I’ve put into it definitely paid off, so it felt really good to be named.”

With her senior year coming to a close, King will get her next opportunity on the court at Bucknell University. After committing to the school last May, the senior guard is looking forward to taking the floor at the next level with a team she feels is the perfect fit.

“The basketball program is really good,” King said of Bucknell. “I like the coaches and it’s a really competitive program. They’ve won the Patriot League championship two out of the past three years and they’ve made the NCAA tournament and I want to be playing… a high level of basketball so the Patriot League was the right fit for me.

“I’m really looking forward to getting on campus and being with the team and coaches. I’ve been in touch with them, so I’m excited to get down there.”