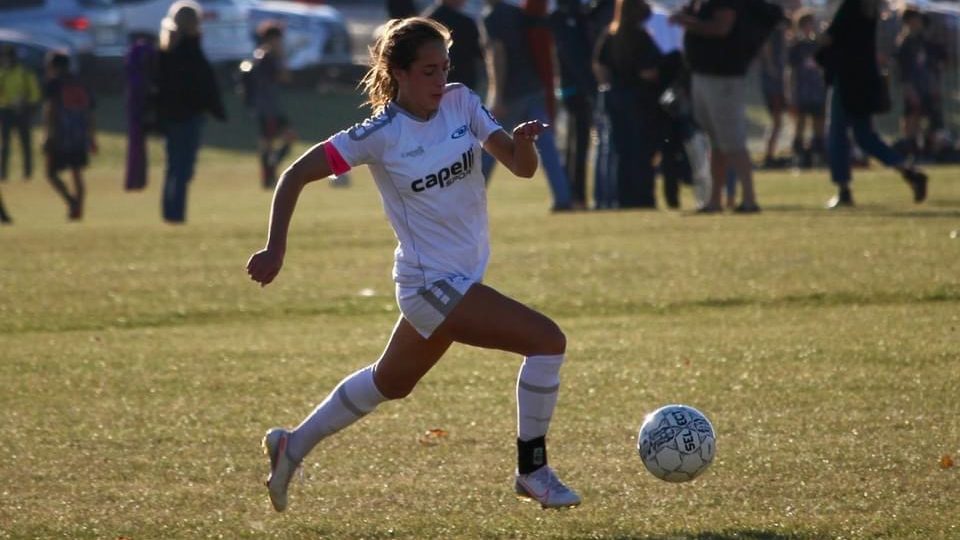 WAVERLY, Iowa (BVM) — When the Waverly-Shell Rock girls soccer team was able to start practicing again they were certainly excited to be out on the field after losing the 2020 season to COVID, but it wasn’t all good feelings.

“There’s definitely a lot of mixed emotions from missing that year and losing a lot of seniors but ultimately I’m very excited to be out there with that group and playing,” Go-Hawk senior Kenzie Roling said.

However, it didn’t stop Roling or the other seven seniors on the team from setting the tone early for what Waverly-Shell Rock was setting out to do in their first season in two years.

“We were like, ‘Alright this is our goal, we want to be state champions, we’re done getting second,’” Roling said.

It’s a goal that Roling and the other seven seniors on the team have had since they first played together on a U12 club soccer team. They have come close, losing 1-0 to Lewis Central in the 2018 state final and 2-1 to Xavier in the 2019 state final.

This year, more than any year, that will require a lot of work and strong leadership. Aside from navigating the new COVID regulations, the team is bringing two classes that have yet to play an official game for the Go-Hawks.

However, the seniors are up to the challenge and are putting what they have learned over their three previous years in the program into action.

“We’ve had awesome examples in the past especially last year’s class even though we didn’t get to play with them,” Roling said. “We’ve had great examples ever since we were freshmen.”

The team also has the talent to accomplish their goal. Along with Roling, an Iowa Hawkeye commit and top recruit in the state for her class, the Go-Hawks feature another DI recruit in Siri Ott who will be playing at Northern Iowa next season.

Waverly-Shell Rock knows they can accomplish their goal and after the last three years of coming up short it would mean the world to them.

“That’s something that I/we haven’t done yet and we’ve worked really hard for it,” Roling said. “I would love to go out with a bang like that, that’s the goal right now and it would be an unreal feeling.”

For Roling, it would be the perfect way to finish up her high school career before heading off to play at Iowa.

Originally more interested in gymnastics, swimming and dancing, Roling came to soccer a year late, only joining because her basketball coach suggested the sport to her.

From there, she fell in love with soccer and by the time she was 12 was ready to make soccer her main focus. At first she was happy to play any position and has played most of them over her career with different teams, but through it all she has shown a knack for getting the ball in the back of the net.

“I’ve always had that drive to score,” Roling said. “Whether it’s me or someone else I’m usually involved with it.”

During one of her club games, the University of Iowa head coach was there and afterwards reached out to Roling.

“Once I received that phone call I realized I want to do this but there is a lot more work to do and I don’t want to just go to college I want to play,” Roling said. “I think that was a big eye opener for me because I felt like I didn’t even have a good game.”

Iowa was the first but certainly not the last college to reach out to her and whether it was the club season or high school season, Roling was proving she had the talent.

With her Iowa Rush club team she won five state championships and even competed at nationals. This last fall, she played in the Elite Club National League (ECNL) and this summer she will be playing for the semi-professional Gretna Elite Academy.

As a freshman for the Go-Hawks, she scored 30 goals and had 12 assists on her way to earning first team all-state honors. The next year, she doubled down on that success scoring 38 goals along with eight assists and was named to the Des Moines Register Elite 11 Team.

However, the state championship has still eluded her and in her final season at Waverly-Shell Rock Roling is looking to enjoy her time with her teammates but leave behind some hardware.