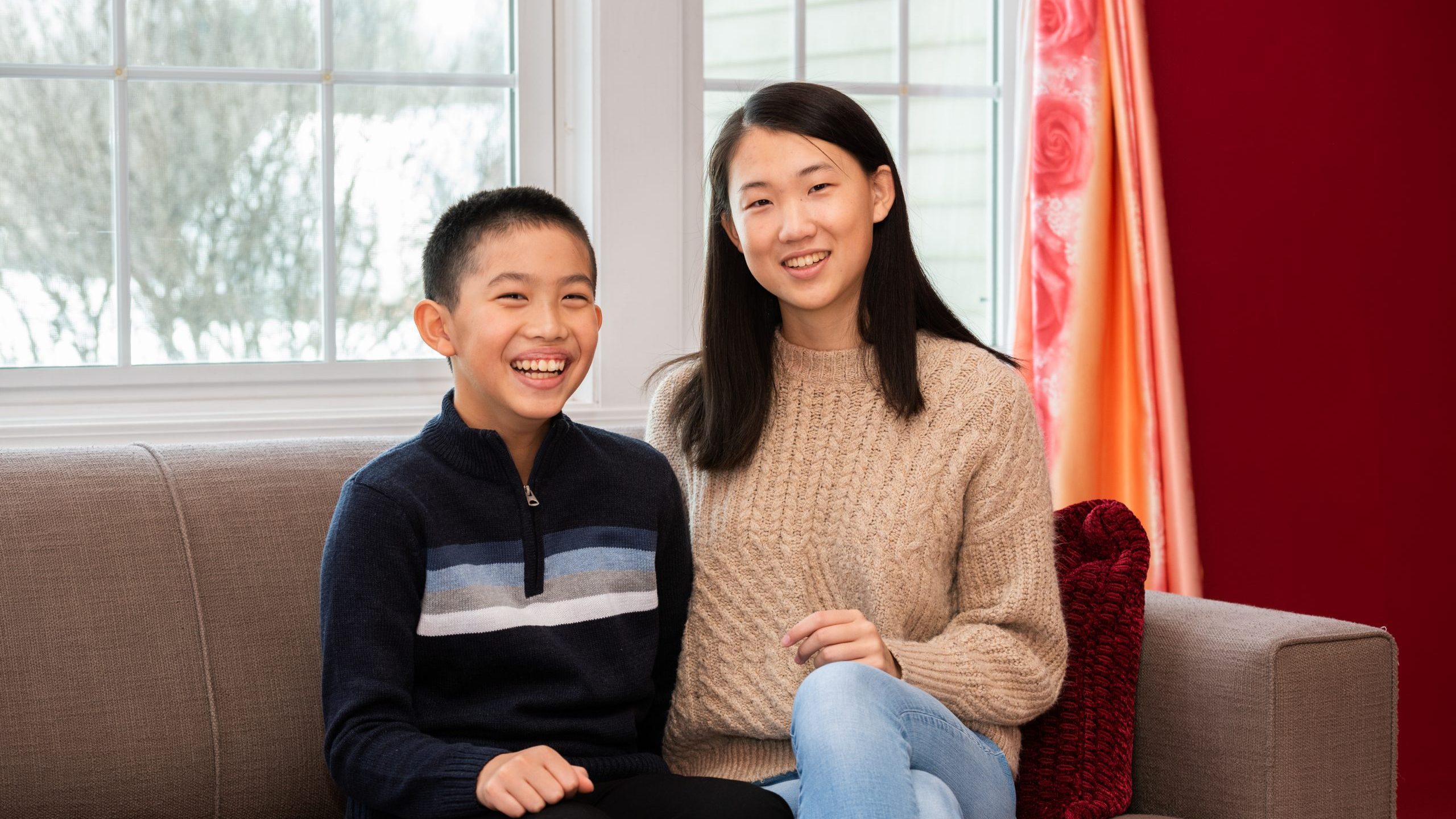 HOPEWELL JUNCTION, N.Y. — It was an unusually warm and sunny afternoon on Nov. 8, 2020, and Yue Tan was determined to see his daughter play tennis in the post-season Section 1 Dutchess girls regional singles tournament. Closed to spectators due to COVID, Yue peered through a peephole in the gated area with his binoculars, trying to catch a glimpse of the action at Arlington High School from 100 yards away. “I could not see who was winning or losing,” he remembers. “I could only see my girl.”

That girl is Catherine Tan, 17, a John Jay High School senior whose 8-0 performance had already led the Patriots to an undefeated regular season. She then won that regional singles championship (held in lieu of sectionals) in two straight sets, a feat that didn’t surprise her mother: “I knew she would win,” says Hairong, who was home getting text updates from Yue. “I never had a doubt.” Earning 68 of 73 points in her matches, it was a performance that earned Catherine recognition as the Poughkeepsie Journal’s girls tennis Player of the Year.

Off the court, her performance is just as stellar. She is no. 2 in her class, yet her competitive side shows through when she says “the school year isn’t yet over.”

Catherine had her first tennis lesson when she was in kindergarten. Although the sport came easy, she says, it “always gives me room to improve.” As a 7th grader at Van Wyck Junior High School, she made the John Jay varsity tennis team.

She also played Empire State Huskies travel softball, a sport she had been playing since age 5 and one she “was born to play,” says Yue. Freshman year, however, a week after making the varsity softball team at John Jay, a snowboarding accident dislocated Catherine’s shoulder and tore her anterior cruciate ligament (ACL). She was devastated to be out for the season and unable to return to the sport. Yue admits he was saddened too, but “I got over it. Sports are one thing; life is another. Sometimes they intersect; sometimes they have to be parallel.”

By her junior year, Catherine was grateful to return to tennis, a sport her entire family enjoys playing, including her brother Andrew, 11, who also played baseball. “We’ve spent a lot of time on those East Fishkill Rec fields,” laughs Hairong, who attributes their children’s sports acumen to Yue. “He is very present and has spent a lot of time playing and practicing with them.”

Yue plays casually with friends. Hairong practices weekly with her local team, which got so good they won the United States Tennis Association (USTA) Eastern U.S. championship in 2018 and moved on to play in the nationals in Mobile, Ala. As a family, the Tans make a yearly trip to the U.S. Open in Queens, where they’ve seen Catherine’s favorite player, Naomi Osaka. Last year, however, they had to watch from home.

Besides tennis, their other “family thing” is traveling, says Hairong. They’ve been all over the U.S. and have visited Europe as well as their family in China. Now, they stay connected with loved ones through video chats. They speak Chinese at home and among friends, many of whom they’ve met through the Mid-Hudson Chinese Community Association (MHCCA). Since 2018, Catherine has served as MHCCA’s youth volunteer team president, which means helping to run community celebrations and events.

The Road from China

Yue and Hairong met in China at college before emigrating to the U.S. in 2001. Yue majored in semiconductor devices and physics, then got his PhD in Electrical Engineering in Hong Kong. Hairong was studying electronics too, but switched to the business school and studied finance. Yue was recruited by IBM (now GLOBALFOUNDRIES). Moving to the U.S. wasn’t easy—there were language barriers and “a lot of culture shock,” says Hairong, but they value their many friends who “helped us get through the first couple of years.”

Longing to restart her career, Hairong enrolled in graduate school at SUNY New Paltz. During her first semester, she found out she was pregnant. Catherine was born in 2003, and the family moved the following year from Poughkeepsie to East Fishkill, attracted by its schools, easy commute, convenient shopping—and the area’s many public tennis courts.

Once she completed her MBA in 2005, Hairong began working in finance. Today, she’s the finance manager of a pharmaceutical company in Connecticut. Her previous job required a lot of long hours and travel. She’s very grateful that Yue was settled in his job at that time and could be home more for the kids. “My husband is a great dad,” says Hairong. “He has devoted so much time to the kids and is really, really supportive.”

Family Time for the Tans

Now that the Tans are both working from home, they have more time together as a family. Andrew and Catherine have adjusted well to hybrid learning, attending in-person twice a week. Andrew is happy to see his fellow 6th-grade classmates at Gayhead Elementary, where his favorite subject is math. Catherine also likes math and is the president of John Jay’s Math Honor Society and a member of the Future Business Leaders of America.

In college, she wants to study computer science and is waiting to hear from Harvard and MIT, her no. 1 and 2 choices. Catherine plans on playing intramural or club level tennis in college, putting to use the lifetime USTA membership her parents gifted her hoping “she will play as a hobby, as part of a healthy lifestyle, and to connect with tennis friends,” says Hairong.

With Catherine off to college this fall, family time is more precious than ever. Yue reflects on his fond memories of playing tennis with Catherine and Andrew when they were little, before they got so good that he could no longer compete with them—by age 10. He offers this advice to other parents: “Play with them early, before they get too strong!”