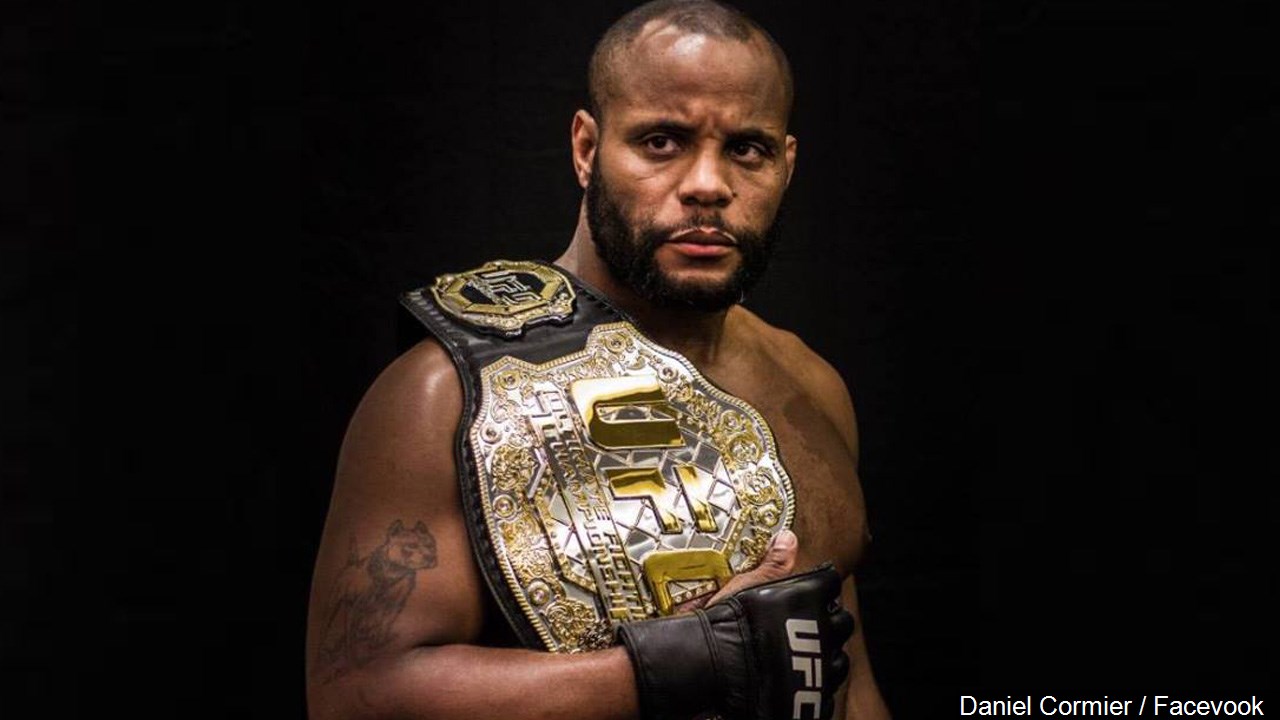 NATCHITOCHES, La. (BVM) — Not many fighters have a successful career in the Ultimate Fighting Championship (UFC). For former UFC fighter Daniel Cormier, that simply isn’t true.

But before Cormier would start his UFC career, he attended Northside High School. There, he was part of the wrestling team and he captured three state championships. He finished with an overall record 101-9. That’s not all he would accomplish in his wrestling career.

After high school, he attended Colby Community College in Kansas. There he would have a record of 61-0. After his success at Colby, Cormier would transfer to Oklahoma State. As a Cowboy, he would record an overall record of 53-10. He was one match short of becoming an All-American in 2000, but the following year he would accomplish that feat. That year he would lose to Cael Sanderson in the finals. In fact, six of Cormier’s losses at the Division I level came from Cael Sanderson.

The greatest competitor I’ve ever faced is @caelsanderson. What a guy https://t.co/MLoIcprknL

Following his collegiate career, Cormier would go on to have a special career in freestyle wrestling. From 2003-2008, Cormier was the U.S. national champion in the sport. He would also represent in the U.S. at the world level. He came in fourth after he lost to Khadzhimurat Gatslov in the semifinals. He also would take part in the 2008 Olympics. He was named captain for the U.S. wrestling team, but was pulled from completion after facing kidney failure due to weight cutting.

He would then decide to pursue a career in mixed martial arts. It would take him five years to make his UFC debut. In his debut fight he would fight Frank Mir on April 20, 2013. Cormier won the fight via a unanimous decision. That fight was the first of many for Cormier in the UFC.

In the following years Cormier would capture the UFC Light Heavyweight title and the UFC Heavyweight belt in 2018. He would retire in 2020 with an overall record of 22-3-0.

Now, Cormier continues to influence those who want to get into the sport of wrestling. In 2018 he was named the head wrestling coach at Gilroy High School in California

Along with the head coaching job, Cormier will always be remembered as one of the best wrestlers ever. On April 21, he was enriched in the Louisiana Sports Hall of Fame.

“This is the highest honor an athlete can obtain in our state,” Cormier said in a tweet. “So grateful that my work is appreciated. I’m just a kid from the Northside of Lafayette and what my life has been is nothing short of the American dream!”

2021 @lhsaasports Hall of Fame! I never could have imagined. This is the highest honor an athlete can obtain in our state. So grateful that my work is appreciated. I’m just a kid from the Northside of Lafayette and what my life has been is nothing short of the American dream ! pic.twitter.com/OSRbMkYKek