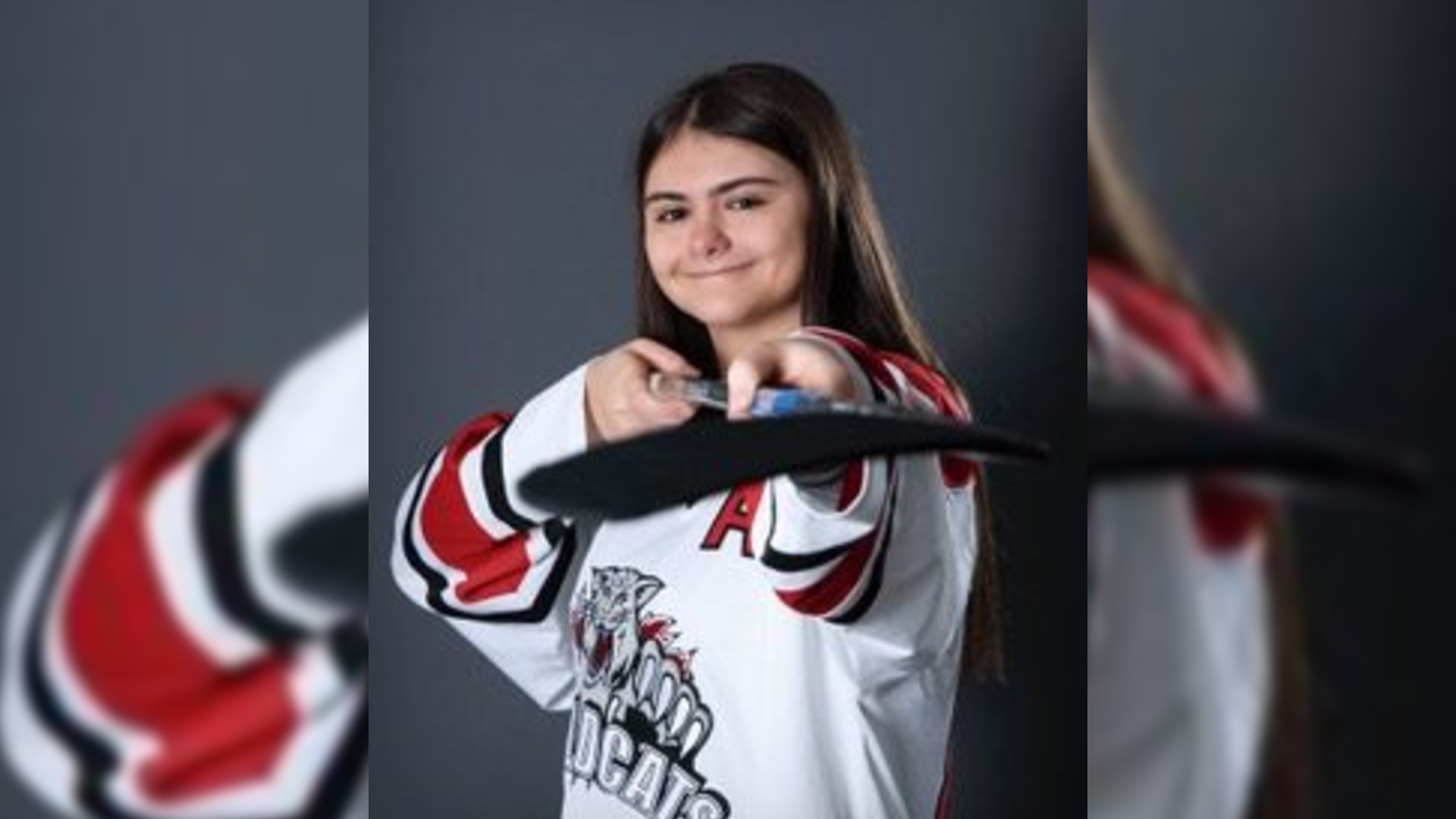 ST. ANNE, Ill. — Because COVID-19 has taken graduation ceremonies away from so many kids and adults we wanted to use our Kids’ Corner this month to highlight a local graduate.

Rachel Campoli, 17, who describes herself as clumsy, is a local graduating this year from St. Anne’s. In the fall of 2020, Rachel represented our community on a hockey scholarship at Aurora University in Chicago. Before leaving, she met with her new head coach Jackie, as well as the team’s other coaches, which fueled her excitement even more.

When Rachel was three years old, her parents put her in figure skates, but Rachel had other plans. When she saw other kids playing hockey, she knew what she wanted to do, and it didn’t involve a toe pick. Her parents of course supported this decision. Rachel still remembers that, like most kids, her first time on skates involved some tears, and it took her a while to get the hang of it but once she did, she was hooked.

The moment she knew she was hooked was when her team won the Lower Lake Championship. It was the heart of her team that took her love of hockey to the next level. It was home for her.

Rachel plays forward and says that a home game is a little harder than an away game. The night before a game she will think about the game but says that keeping things light is key. “If you’ve lost having fun,” she says, “the game won’t come together.”

Her training changes all the time. She practices twice a week and works out to keep her body strong and performance ready.

In 2011 she suffered a punctured lung that took her away from the game for two weeks and made her rethink everything. It was a valuable time she used to reflect on playing and quite frankly everything in her life.

When Rachel was younger people often had different reactions to her playing hockey but nowadays people think it’s cool and she has always been surrounded by support. She wants to encourage young girls to stick with it, pun intended. Her message to other young girls, “The memories and friendships you make will last forever. If you love it don’t give up.” she says, “It’s so much more than playing the game it’s building lifelong bonds. There is so much to learn with a team and self-growth. Work hard and don’t forget to have fun as this is often sadly missed.”