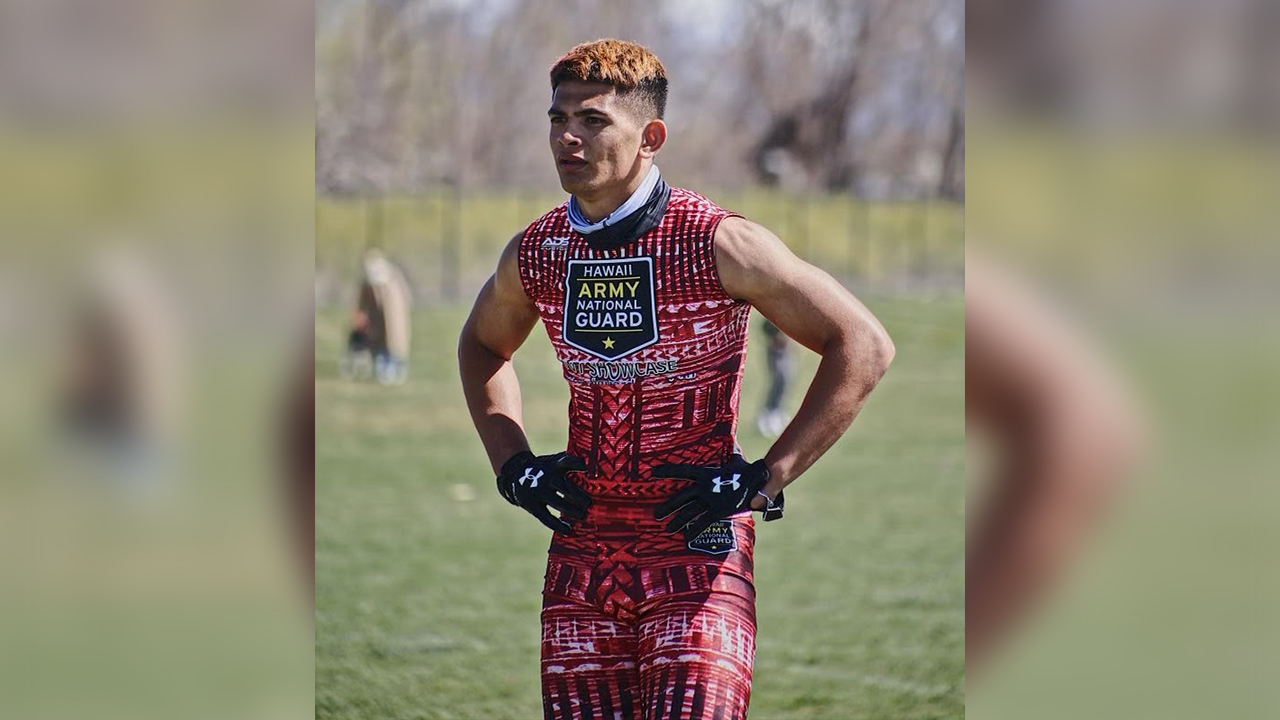 KAHUKU, Hawaii (BVM) – Adaptability is one of Liona Lefau’s many elite traits.

With Hawaii’s fall football season canceled due to the COVID-19 pandemic, the Kahuku High School sophomore adapted and took his talents to Washington to play a shortened spring season in the Pacific Northwest. While at Sammamish High School, the linebacker at heart adapted once again to play whatever position his new team needed him to.

Lefau made plays at safety, defensive end, wide receiver and on special teams during the Totems’ four-game season. It’s this adaptability, and versatility, that sets Lefau apart from other elite athletes around the country.

“I’m a versatile player; I play anything, whatever they need,” Lefau said. “I just like to compete and, at the end of the day, make sure my team wins. I’m just a team player and like to be a leader on the field.”

Despite Lefau’s innate knack for finding the end zone as a receiver, resulting in a handful of big plays due to his speed and elusiveness, the sophomore’s position of choice is linebacker. At 6-foot-1, 210 pounds, Lefau often uses his explosiveness to punish ball carriers at the point of attack.

“Then when I go onto offense, I just like to make plays and expect to get into the end zone.”

Some WR clips from the Pylon championship game.. #versatile pic.twitter.com/u2fmu36y6i

Lefau’s ability to make plays from just about any position on the field has been noticed by a handful of Power 5 programs. Arizona State and Washington offered the three-star prospect in the last week alone, while Michigan, Oregon, Utah, Wisconsin and others have also extended offers.

The recruiting process has been something new for the sophomore, but Lefau has taken solace in the fact that Power 5 coaches have taken notice.

“It’s been cool,” Lefau said of his recruiting process. “It’s good to see that I didn’t put in all this work for nothing and that coaches are starting to notice. It’s been something different for me.”

The coaching staff at Washington has made an impact on Lefau early on, citing the Huskies’ campus (via Zoom) and coaching philosophy, but the sophomore’s recruitment is wide open. Ultimately, Lefau said he’s just hoping to find his new home, one he won’t consider leaving soon after his arrival.

“I’m not trying to get out there and in two years or in one year, I’m in the transfer portal,” Lefau said. “I’m trying to find my new home to where I can stick with that decision and stay for my three or four years.”