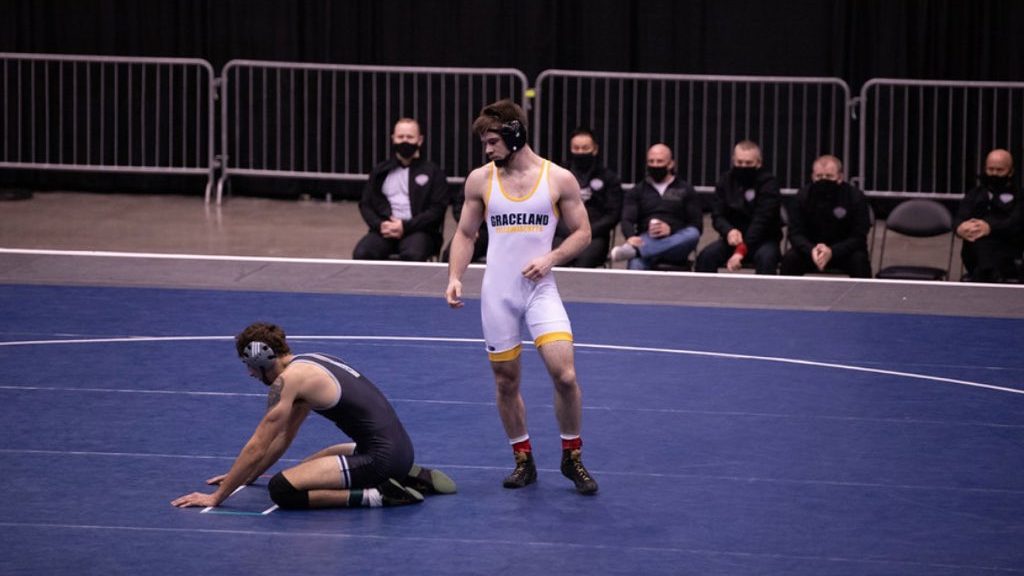 IOWA CITY, Iowa (BVM) — The University of Iowa wrestling team will be adding another national champion to its roster when it enters the 2021-22 season after Brennan Swafford announced he would be transferring to the university.

So, I just want to start by saying that I’m extremely grateful for all of the great things Graceland has done for me. The support from my coaches and professors has been awesome. With that being said I would like to announce that I will be continuing my journey at Iowa. Go Hawks! pic.twitter.com/pyCckVW1dZ

“It feels pretty good,” Swafford said. “I think it’s going to be a great opportunity for me to excel my skills even farther not only with wrestling but academics.”

The junior has spent his last three years of college at Graceland University in Lamoni, Iowa, where he has had great success. As a freshman, Swafford was named an All-American for taking seventh at the NAIA National Championships.

“I feel like I kind of proved my point at the NAIA level,” Swafford said. “I proved that I could do it twice and I could do it even with a target on my back.”

However, it wasn’t his success that prompted the decision to transfer, it was the possibility of another year of wrestling.

“The idea for it originally hit me when they announced the free COVID year,” Swafford said.

Thinking about what he would do with that extra year of eligibility once he graduated after next season, Swafford decided to make the most of the opportunity. He began looking for a school to transfer to set himself up for academic success and wrestling success.

“I want to be a world champ someday,” Swafford said.

The best way to do that would be to finish his career at one of the top wrestling programs in the country. However, Iowa was not the only school he looked at, but in the end the Mediapolis, Iowa, native couldn’t pass up the opportunity to play for his hometown team.

“I’m an Iowa fan, always have been,” Swafford said.

Swafford may be a fan, but Iowa head coach Tom Brands wanted the two-time champion on his team. Adding a national champion to an already championship-level team only bolsters its strength and improves the culture.

A bonus to that is that Iowa can add that type of wrestler in the form of an Iowa native. It is part of an attempt by the Hawkeyes to add more Iowans to their roster and continue the tradition of having great Iowa wrestlers on their team.

It’s an honor for Swafford and a role he looks forward to taking on. Not just showing that wrestlers from Iowa can wrestle for the Hawkeyes, but their route to Iowa City does not have to be a direct one.

“It’s probably for the better that I went to Graceland first,” Swafford said.

It was at Graceland that Swafford was able to acclimate to the collegiate level and has given him the confidence to know he can be successful at Iowa. His time at Graceland also helped him fall back in love with the sport of wrestling. Swafford went away from focusing on the outcome of his matches and went back to loving the process of becoming a better wrestler.

That love for the sport allowed him to become a national champion at Graceland, and now that he is a Hawkeye, it will continue to bring him success in Iowa City.