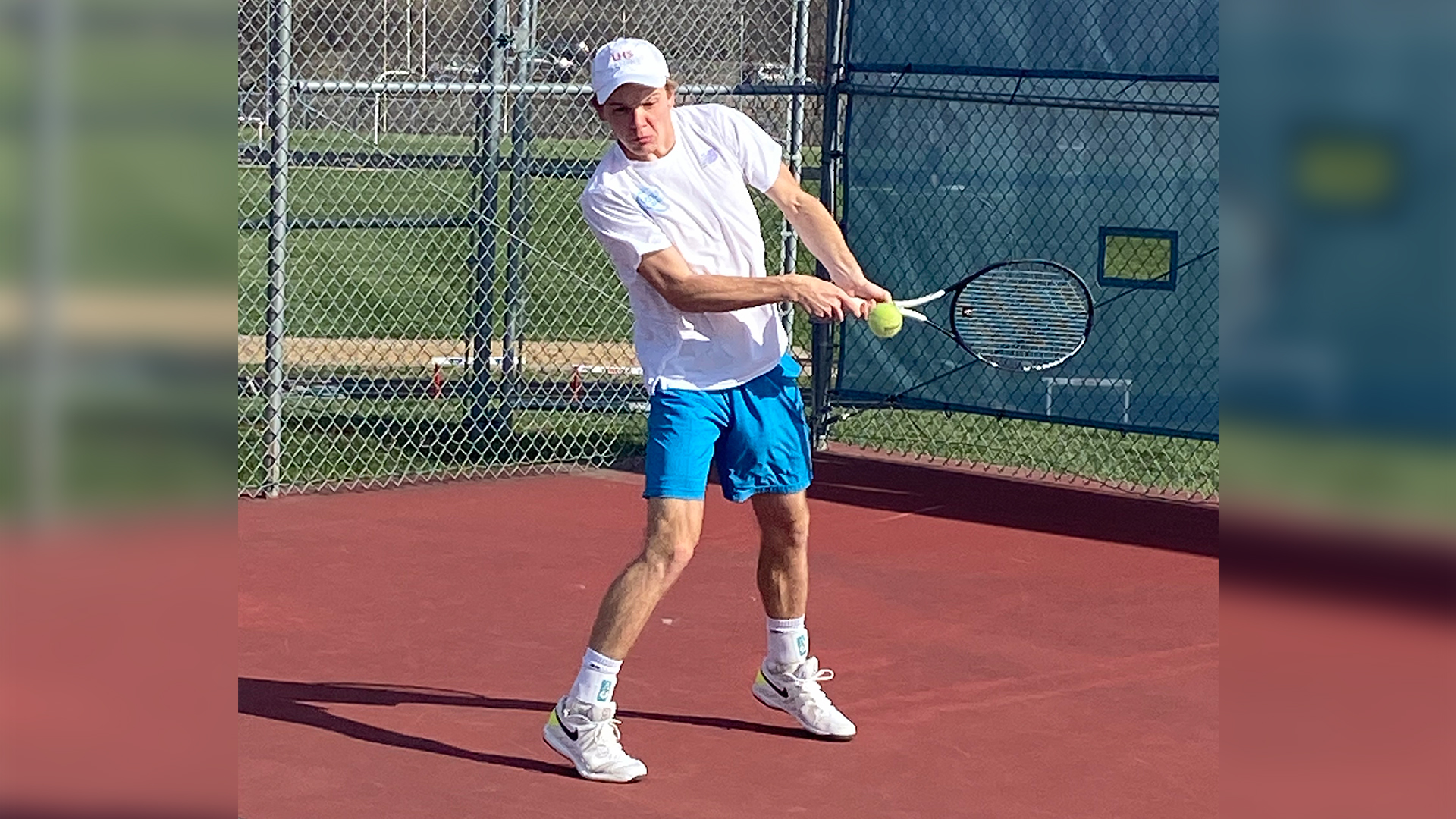 Now two years removed from that moment, the Patriots are looking to break their own record with a seventh state title.

“I think if they keep playing the way they are now we have a good chance,” Lincoln head coach Tom Krueger said. “You never know. You don’t ever get to the state tournament and on the first day they just hand you the trophy. …You still have to go out there and win your matches.”

The Patriots have been doing exactly that, playing well against all opponents. Late in April, with one of their players out, they took on a strong O’Gorman team. It was a hard-fought match that was tied 4-4 heading into the final match with Lincoln winning 5-4 in the end.

“It’s been a great season for us,” Krueger said. “We’ve been playing really well and feeling really good about where we are at this point.”

Although they have not played together in two years, the Patriots have had little setbacks due to the extended hiatus. Much of the varsity team has been playing on their own and entered the high school season ready to return. However, that time away did lead to some surprises as far as the talent level of the team.

“I had a general idea of what kids were going to be in my top eight but it was a total surprise,” Krueger said. “When you have two years off and you haven’t seen the kids play I was surprised at how much movement there was.”

Although most of this movement was more at the JV level, it has helped to bolster the strength of the program. Those players are also learning important lessons in what has allowed the Patriots to have their recent success. It is what Krueger calls the Patriot way.

“There’s definitely a culture we try to instill in our kids and we really focus on the integrity part of the game and trying to get them to be good human beings, not just tennis players,” Krueger said. “Having those upperclassmen fill that role and just model that role is huge.”

Seniors like Preston Koski and Gavin Schmit have been those role models this year for the JV players as well as those on the varsity such as seventh grader River McKenzie. Along with its leadership, the team’s chemistry has aided in their quick return to the Patriot way.

They’re friends who are just happy to be back out on the tennis courts together as SF Lincoln tennis players and aware of how special their time on the team is.

“I talk to the kids quite a bit about savoring this group of kids and this experience that we’re having this year because next year it’s going to be different,” Krueger said.

It’s also their opportunity to add to the legacy of Patriot tennis. They know the reputation that the team has in the state and know the expectations.

“I think they enjoy that position and enjoy being in that spot,” Krueger said.

That expectation has become a great motivator. The Patriots push themselves to live up to it not just in skill but in character also. All eyes are on them and that means people are looking for negatives. The players don’t give them any negatives, just great tennis. Great tennis that is leading them right back to the state tournament at the end of May but the Patriots are not getting ahead of themselves even with their regular season success.

“You always have to prove it and you’re never so good that things are just going to be given to you, you have to earn it,” Krueger said.

With their Patriot way, strong team chemistry and a talented roster, Lincoln is ready to earn it.