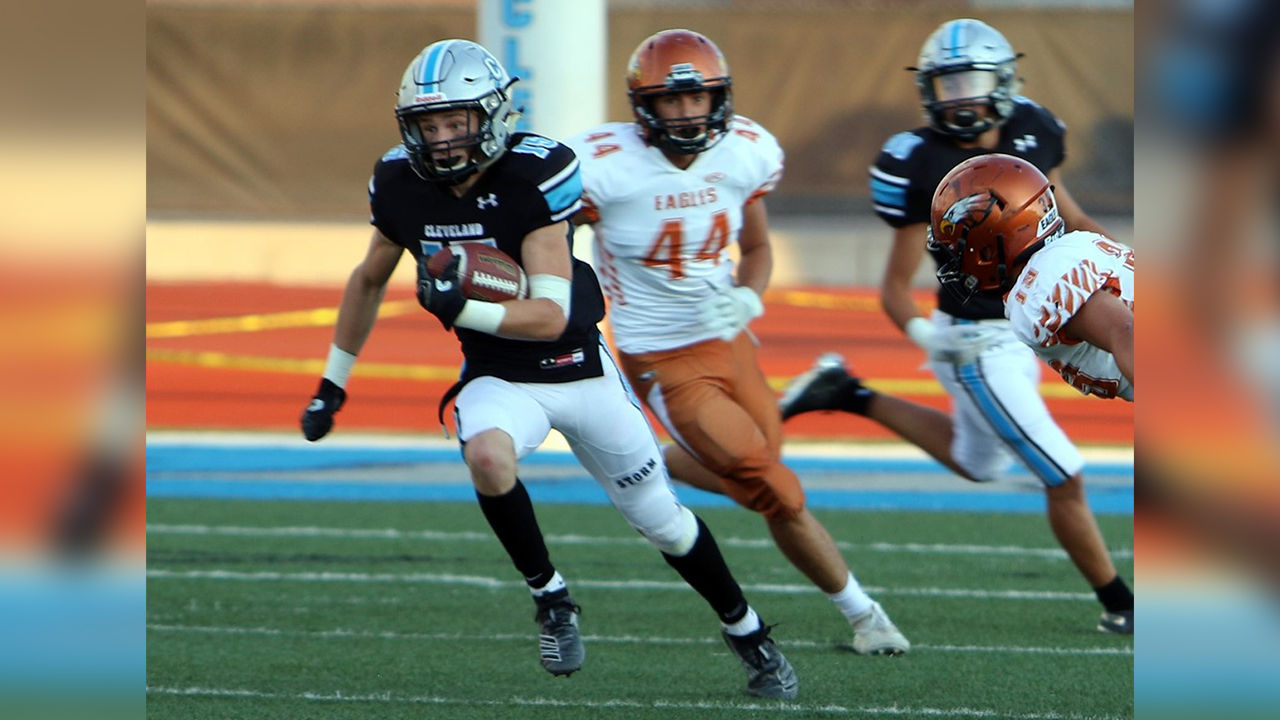 RIO RANCHO, N.M. (BVM) — New Mexico high school football teams didn’t get the chance to play a full season during the 2020-21 school year, but Luke Wysong and the defending Class 6A state champion Cleveland Storm made the most of their abbreviated time on the gridiron.

The 5-foot-10, 185-pound senior wide receiver and defensive back was named the Gatorade New Mexico Football Player of the Year on Thursday after he helped lead Cleveland to four wins in the four games it played during the shortened spring season. Wysong caught 15 passes for 429 and six touchdowns (averaging 28.6 yards per reception), rushed for a pair of touchdowns and averaged 23 yards on 12 punt returns for the Storm, who outscored their opponents 179-42, including a 56-7 drubbing of previously unbeaten Las Cruces in the Class 6A bowl game to close out the season.

“Luke is undoubtedly a stud,” Las Cruces head Mark Lopez said in a Gatorade press release. “He is likely the fastest kid in the state and is extremely explosive with the ball in his hands.”

Wysong, who also recorded eight tackles on defense, was a first-team all-state selection in 2019 when he helped the Storm capture the state championship. He finished his prep career with 1,173 receiving yards and 14 total TDs and will stay close to home to play college football in the fall. Wysong is signed with the University of New Mexico Lobos.