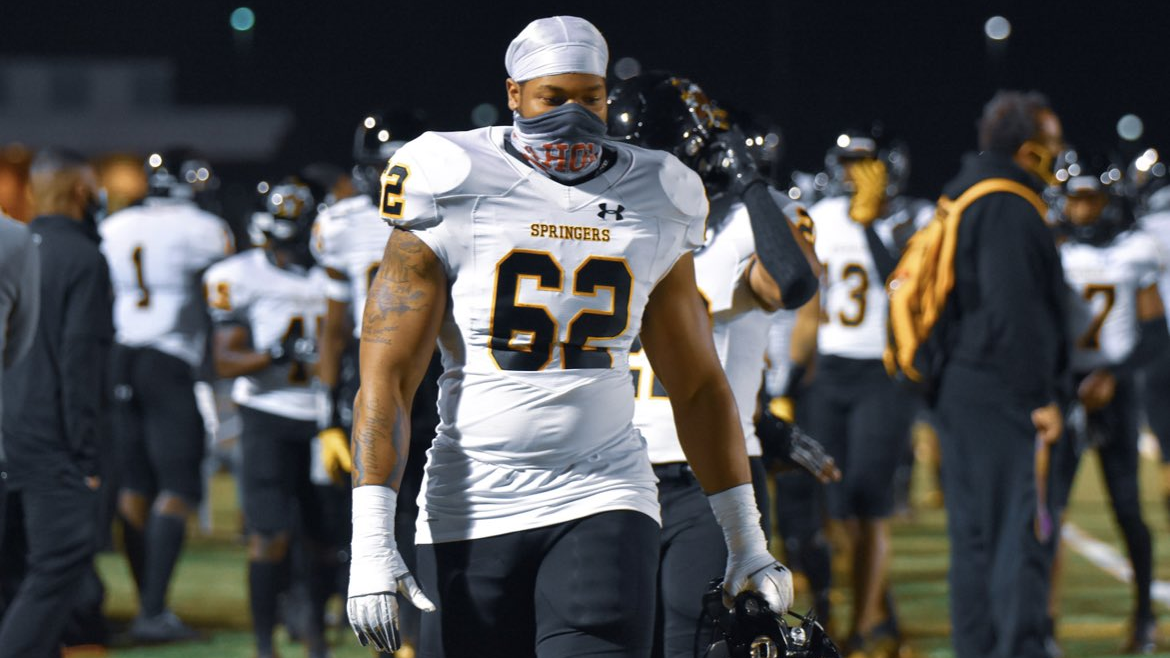 HIGHLAND SPRINGS, Va. (BVM) — The Richmond area is brimming with top high school football talents as shown in Virginia’s recent string of Gatorade Football Player of the Year Awards. A year after Hopewell High School running back Treveyon Henderson, now a freshman at Ohio State University, became the first player in Hopewell history to earn the honor, a fellow Richmond area athlete became the first player in his program’s history to win the award.

Highland Springs High School senior defensive end Kelvin Gilliam was recognized on May 13 as the Gatorade Virginia Football Player of the Year following a dominant spring season in which he recorded 48 tackles, 16 tackles for loss, 11 sacks and two safeties. Gilliam led a superb defensive unit which allowed only 44 points in 10 games, good for an average of just 4.4 points, while notching five shutouts on the year. Though the Springers would lose the Class 5A in a heartbreaking 13-10 overtime loss to undefeated Stone Bridge, Gilliam would be recognized throughout the state as he was named the Region 5B Defensive Player of the Year and a First Team All-State selection.

“Kelvin Gilliam is just a pure, all-around ball player,” Varina High School head coach Marcus Lewis in the Gatorade press release. “He’s strong and fundamentally sound, and he continued to get better and better over the years. He can run over people on defense, and he forces you to go the other way.”

The 6-foot-4, 260-pound defender naturally earned plenty of attention for his stellar senior season and would attract programs from all across the country. In total, Gilliam would have 41 offers according to 247Sports. However, only one could earn the four-star prospect’s commitment and that went to the University of Oklahoma.

With the news of his Gatorade Player of the Year honors now official, Gilliam could go down as one of the best football players in Springers’ history and could become one of the best from the Richmond area to ever do it. By joining past winner Henderson at the Division I level, the two have put their individual schools and the Richmond area on the map and will look to bring even more attention to the area in the years to come. One thing is clear, Gilliam is definitely excited about his next stop at OU.