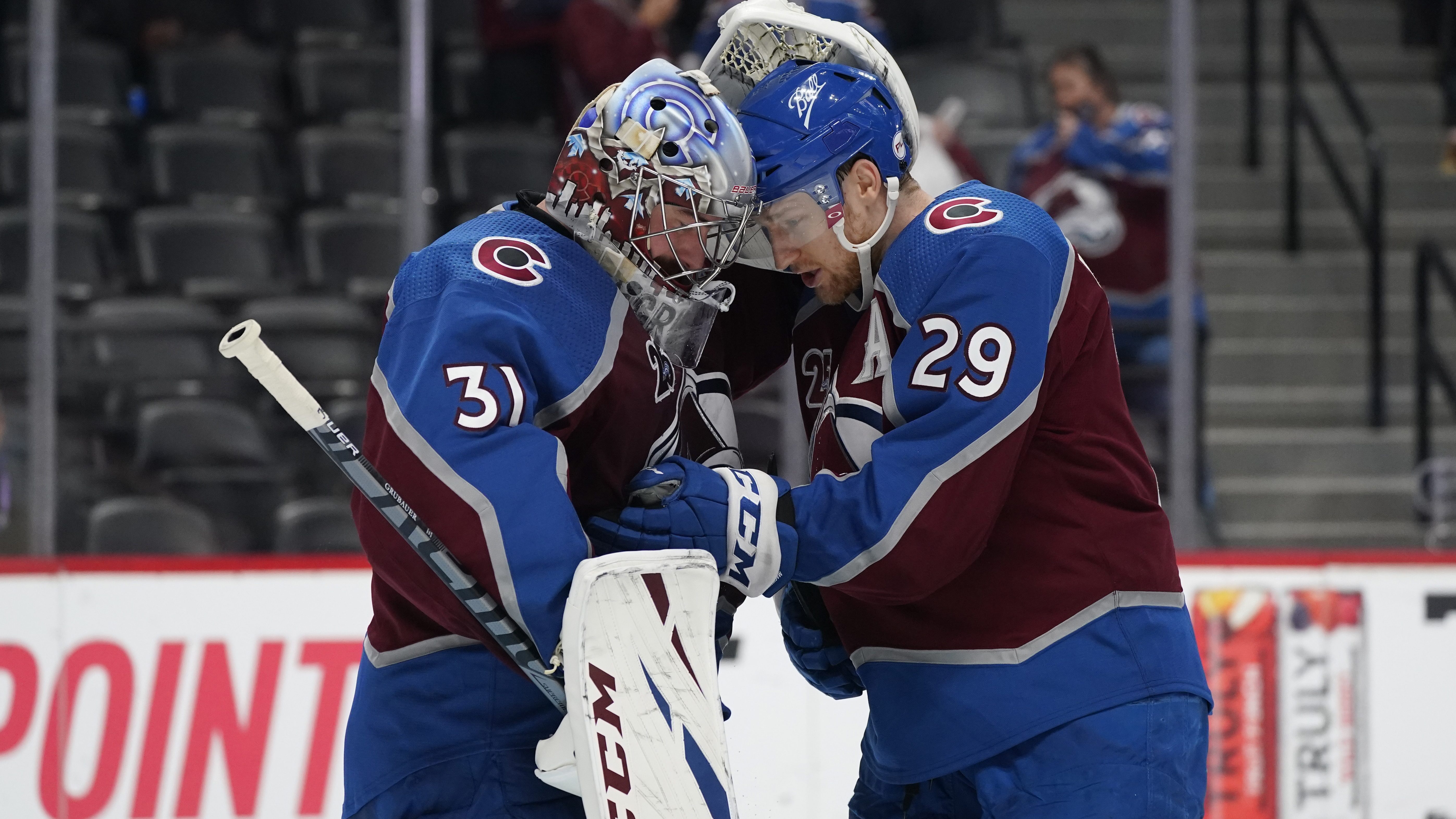 DENVER (AP) — Nathan MacKinnon finished his first career playoff hat trick with an empty-net goal to help the Colorado Avalanche pull away late for a 6-3 win over St. Louis in Game 2 on Wednesday night after the Blues avoided a pregame virus scare that nearly sidelined several players.

Joonas Donskoi scored twice and Brandon Saad added an empty-netter as Colorado took a 2-0 lead in the first-round playoff series. Since moving to Denver, Colorado is 13-1 all-time in best-of-seven postseason series when capturing the first two games.

Trailing 3-0, Sammy Blais scored for St. Louis in the second and Brayden Schenn added another with 9:53 remaining to make it a one-goal game. Schenn’s power-play goal followed Nazem Kadri being assessed a five-minute penalty for an illegal check to the head of Justin Faulk.

MacKinnon gave Colorado a 4-2 lead with 4:35 remaining, only to see Mike Hoffman score 15 seconds later. Saad scored an empty-netter with 2:09 left and MacKinnon added another with 11.9 seconds remaining, with fans tossing hats onto the ice in celebration.

It was the first hat trick by an Avalanche player in 24 years. MacKinnon also had an assist.

Game 3 will be Friday in St. Louis.

Donskoi scored 35 seconds into the game, the second-fastest goal to start a playoff game in Colorado/Quebec history, according to NHL research. The fastest was 29 seconds by Quebec’s Wilf Paiement in Game 2 of the 1982 division finals.

The anxiety level for St. Louis increased well before puck even dropped when several Blues players returned positive COVID-19 tests. Later, they were cleared after the results from a lab were investigated with follow-up tests coming back negative.

Among those missing from the morning skate were forwards Vladimir Tarasenko and Jaden Schwartz, along with goaltender Jordan Binnington. The Blues remained without leading scorer David Perron, who’s been on the COVID-19 protocol list since the weekend.

The speedy Avalanche kept constant pressure on Binnington, who made 29 saves.

Faulk was shaken up when he was leveled by Kadri in the middle of the ice during the third. Faulk stayed down for a moment as officials reviewed the play. The major penalty was upheld and Kadri was removed from the game.

Grubauer helped Colorado weather the long penalty, with one save after another.

Blues forward Ryan O’Reilly and Avalanche forward Pierre-Edouard Bellemare were both nominated for the King Clancy Memorial Trophy, which goes to the NHL player who best exemplifies leadership qualities on and off the ice and who has made a significant humanitarian contribution to his community.

“There’s a lot of names on that list, which is really impressive,” Bellemare said. “Just to be nominated, I’m really honored.”