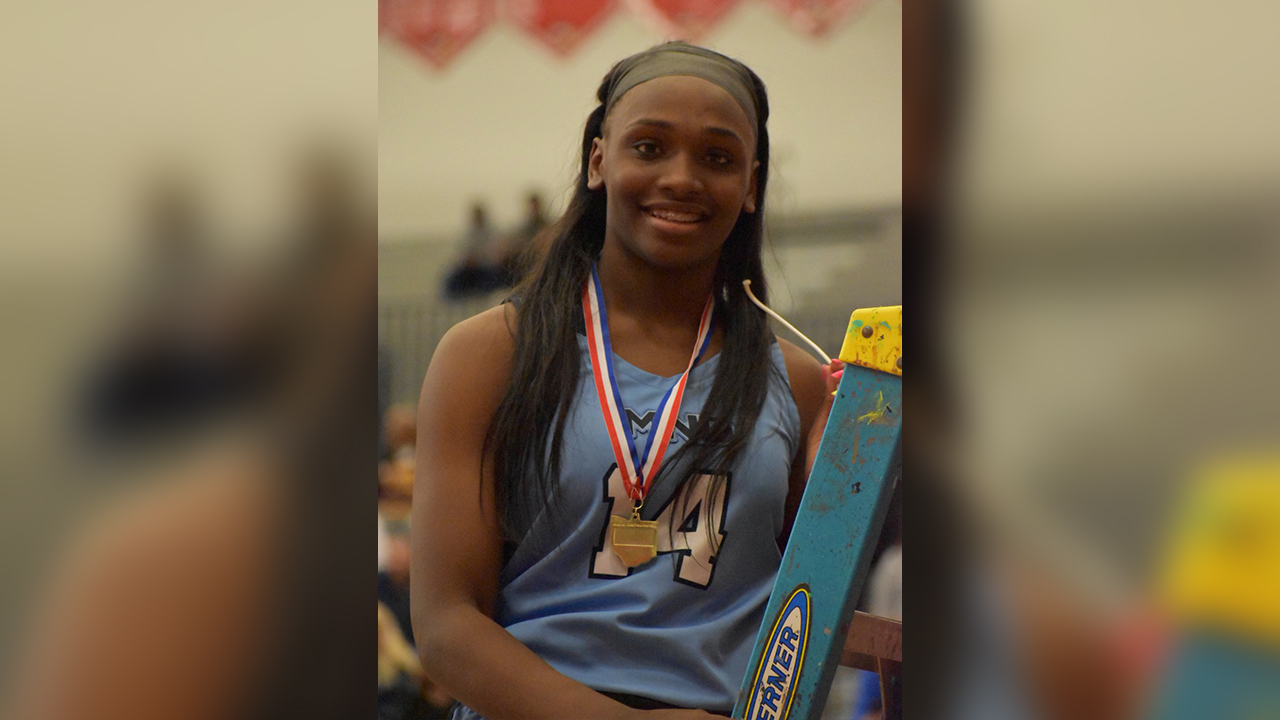 CINCINNATI (BVM) — A top-15 player in ESPN’s top-100 for the Class of 2022, Ohio Miss Basketball, a two-time state champion. Those are just a few of the things KK Bransford has already accomplished in her first three years of her high school career at Mount Notre Dame.

Predictably, Bransford’s college basketball services are in high demand. In seventh grade, Bransford received her first official college offer. Last fall, she narrowed her options down to 12 schools, a list which includes elite women’s basketball programs such as UConn, Baylor, Notre Dame, Texas and Tennessee to name a few.

With the difficulty the pandemic has created in the recruiting process over the past year, Bransford is still not sure when she might make her final decision. But when she does, she is prepared to give it her all for whoever she suits up for.

“The recruiting process is a really great process that you can use for more than basketball,” Bransford said. “Narrowing it down to 12 was really difficult because you make connections and relationships with people. I haven’t narrowed it down anymore and I know making my decision will be extremely hard.

“Going into college, I just want to have a really good connection with the school I’m going to and have a family-oriented program. In college, I want to be challenged on and off the court and I want to go somewhere where you’re expected to be great. I would like to compete for a national championship.”

Bransford’s collegiate career may also be the springboard to a likely professional basketball career. Whether overseas or in the WNBA, playing at that level has always been in the star’s mind.

The dream of playing professional basketball didn’t take long to come about for Bransford after she began playing at 5 years old. Starting out watching her brother, Bransford became more and more intrigued by the sport.

“My brother played basketball and I started off just going to his practices,” Bransford said. “I started playing with some friends outside at my house and then it started getting a little more competitive and a little more serious.”

By second grade, Bransford began playing club basketball with Cincinnati’s Finest, which she would continue through high school. She has continued her AAU career with Cincinnati Angels, and also competed with the USA Basketball U16 team.

“That was a pretty good accomplishment for me and it was a really good experience,” Bransford said about playing with USA Basketball. “All the experience growing up was very beneficial because I was always playing up so I was always the smaller one or the shorter one. Being in that atmosphere with so many good players was really big for me.”

Bransford’s club success has translated to the court at Mount Notre Dame and then some. In her first high school game, the standout scored an impressive 29 points. Throughout the rest of the year, she continued to learn from the experienced players on the team.

“To come in, play on varsity and be a starter, that was really cool for me,” Bransford said. “But the biggest thing for me was the girls that were around me. It was really cool to be directed by them and all four of our starters that year all went to DI colleges. They treated me like a little sister and I think that has grown me so much now.”

With so much talent, Mount Notre Dame was predictably dominant, and went on to win a state championship.

“Winning state was probably one of the greatest things I’ve ever experienced,” Bransford said. “Winning a state championship is just like an unreal feeling that you get.”

Bransford and the Cougars came back the following season perhaps even better. A 28-0 record would lead them to another deep postseason run, but a chance at back-to-back championships was halted by the COVID-19 pandemic.

“We fought through different things but that team never gave up,” Bransford said. “We were undefeated but the cancelation was super heartbreaking. You didn’t expect it and dealing with that made us really hungry for my junior year.”

The junior stayed sharp and ready throughout the offseason, and came back better than ever last winter, averaging a league-best 21.5 points per game to go along with five assists, three steals and over six rebounds per contest.

By season’s end, Bransford had helped lead the Cougars to their 72nd consecutive win and the coveted state title they didn’t have the chance to win last year. In the state tournament, the basketball standout dazzled, nearly pulling off two triple-doubles with 24 points, nine rebounds and seven assists in the semifinals, and 21 points, eight boards and 10 dimes in the championship.

“We really enjoyed playing with each other and bonded so much off the court,” Bransford mentioned. “Going into the state tournament, there were a lot of talented teams. We had to prove ourselves still even after having our success and that kind of gave us a chip on our shoulder. In those big moments, my teammates had my back tremendously and that was so important for me.”

The title game was a double-overtime contest where Bransford scored eight consecutive points in the final period after scoring just two in the entire first half. The win takes her overall Mount Notre Dame career record to an eye-popping 87-2.

Being part of such an impressive win streak and incredibly talented program as a whole has been everything for the MND star.

“When I chose to go to Mount Notre Dame, I picked it because of the academic challenge,” Bransford said. “I want to be challenged. Playing for Mount Notre Dame, you’re playing for a legacy and the expectation is to keep the name of our team. It’s something that’s not earned and you have to work for it.

After the season, Bransford found out she was taking home the state’s most prestigious honor, being named Ohio Miss Basketball. Bransford became just the sixth junior to ever win the award.

“I found out at our state pep rally,” she said. “It was just amazing. That’s something I always looked forward to and have seen older girls receive. There are just a lot of talented girls in Ohio, so I never would’ve thought I was going to get it. I’m super thankful and my coaches and teammates have all helped me get to where I am.”

Now, Bransford will have the rare chance to repeat as Ohio Miss Basketball as a senior. She also could become a 2,000-point scorer next season. And of course, perhaps the biggest goal is extending the Cougars’ winning streak while bringing home yet another state title.

“Winning state is something that I want to do,” Bransford noted about her senior season. “To be able to go to the final four three years is really big and I feel like that’s something that we can achieve. I would hope for Miss Basketball to happen again and to get it two years in a row would be big for me. Scoring 2,000 points is also a big goal of mine. If I play my game, that stuff will work itself out.”

Bransford enters her senior year as a four-star recruit and is ranked No. 14 by ESPN in the Class of 2022. While she may know where she’ll play at the next level by the time she suits up for Mount Notre Dame next season, it’s not about the rankings or accolades for the star. It is simply about getting better every day, and proving what she can do every time she takes the court.

“It’s definitely a cool thing to look at and it’s an honor,” Bransford said. “But it’s not really a big influence. It’s really just about the day-to-day, going out and competing each day. At the end of the day, it’s about what you do on the court.”