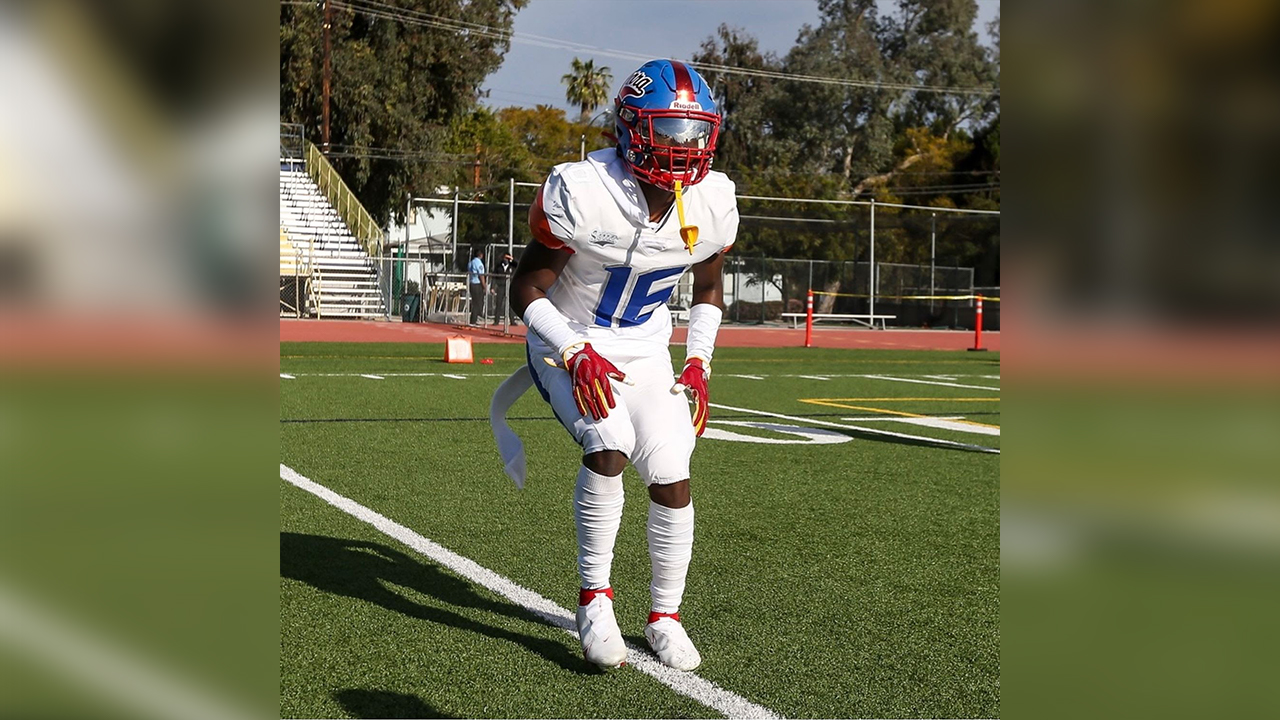 GARDENA, Calif. (BVM) – There might not be a 2023 recruit in the state of California having a better start to their summer than Junipero Serra’s Rodrick Pleasant.

In the last two weeks alone, the No. 38-ranked player in California’s 2023 class has picked up offers from Arizona, Arizona State, Boise State, Boston College, Oregon, TCU and more. Pleasant has earned a total of 13 Power 5 offers to date, a reality the sophomore is more than appreciative of.

“It’s truly a blessing,” Pleasant said. “It’s a blessing to know that schools believe in all the hard work you’ve put in, all the countless hours and all the years of work that you put in.”

It’s evident that college coaches at these elite programs not only believe in Pleasant’s work ethic, but his game.

During a spring-shortened, six-game season, Pleasant tallied 22 tackles, two forced fumbles and one interception which he returned for a touchdown. That play, where Pleasant picked off a tipped pass and made multiple would-be tacklers miss on his way to the endzone, is emblematic of the type of playmaker he is.

As promising as Pleasant’s talent is on the gridiron, it’s not just his skills on the football field that have Division I coaches clamoring. The three-star prospect is also a speed demon, turning in blazing personal bests in the 100-meter dash (10.57) and the 200-meter dash (21.36) this spring.

Track and field has almost become the norm for elite skill position players because speed is a necessity nowadays, especially in the collegiate ranks.

“I don’t have to worry about people running past me,” Pleasant said of the benefits of running track. “That’s the big thing, not having to worry about getting run past. Track plays a big part in all sports, but football is only getting faster. Everybody’s fast at the next level.”

Pleasant has plenty of time before he takes on the next level and decides on his future home, but that hasn’t stopped him from thinking about it.

Staying in-state appears to be a plausible reality for Pleasant when you consider his bloodline. Pleasant’s brother, Dominic Davis, played football and ran track at USC while his other brother, Diab Davis, ran track for Cal. Both schools have already offered Pleasant.

But familial connections won’t be the deciding factor in Pleasant’s decision, in fact, he wouldn’t mind traveling across the country to find what he’s looking for.

“I just want a place that feels like home,” Pleasant said. “I have no problem with going across the country or going to different states. It’s about finding a place that makes me feel like home.”

Two more seasons at Serra await Pleasant before then, though, and he has even more he wants to add to his game.

Becoming more physical on the defensive side of the ball while continuing to play press man and zone coverage at a high level are the goals for Pleasant’s junior and senior seasons. But the plan is also to get involved on offense as a wide receiver, leaving the door open to play both sides of the ball when Pleasant inevitably arrives at the Power 5 program of his choice.

“The big thing for me this year is being able to go both ways,” Pleasant said. “I want to be able to contribute on offense and defense this season.”