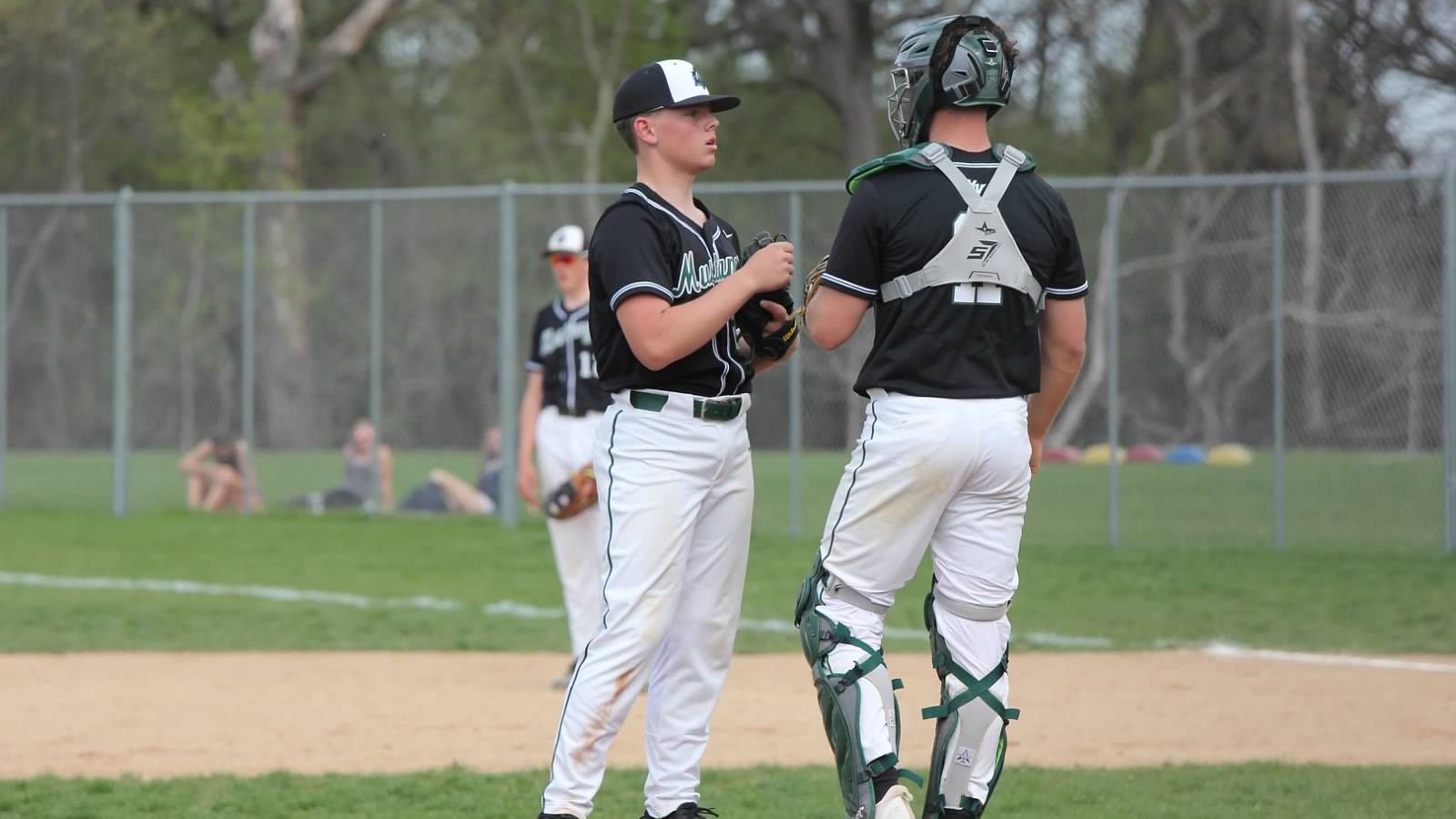 Will (right) and Drew (left) are ranked as the No. 1 prospects in each of their graduating classes. (Courtesy: Will Rogers)

ARDEN HILLS, Minn. (BVM) — Baseball has always been around the Rogers family. From a young age, Will and younger brother Drew have always been drawn to it.

Their love for America’s pastime should come as no surprise as their father, Travis, played the sport when he was a kid growing up in Minneapolis. He then went on to play Division I baseball as a catcher for New Mexico State University.

“I always wanted to become a DI baseball player,” Drew said. “I think I found out (about his dad playing Division I baseball) when I was in seventh or eighth grade and I looked up to him and wanted to become big in baseball.”

Travis never forced the sport on his sons and never forced being catcher on them either, but they both just gravitated toward the position.

“Seeing him be proud of us that pushes me even more because we’ve put in so much work,” Drew said.

His knowledge and wisdom from his own experiences have been so helpful to his sons. The three of them train everyday to improve their game and although they work on everything they always have time for catcher drills.

Both Will and Drew play other positions, Will plays third base, outfield and can pitch while Drew plays outfield too, but catcher is where what they love and what their best at.

“You’re in the game every single rep,” Will said. “You always have to do something as well as the entire field can see you and you have to be able to lead the team and have really good body language.”

Next year he will be continuing his baseball career at Arizona State University after signing back in November.

“I went to Arizona State for my first visit and just fell in love with it,” Will said. “The coaches were amazing, the players, the culture they have there, the facility, the weather, it was all amazing and I didn’t even know if I had to visit Texas A&M after.”

His rise to this level of play has been impressive and really took place during his freshman and sophomore season. It was then that Will and Drew’s college advisor, Justin Musil, told Will that as a freshman his potential was a Division III ball player.

“I didn’t like hearing that so I kept working hard and getting after it in the gym,” Will said. “Then that next summer he projected me to go Division I and he got me into contact with some coaches.”

It wasn’t long before he was getting calls from colleges looking to recruit him.

“My first call was from the University of Minnesota and when they asked me I started to cry right on the phone so it just kind of shows how much it meant to me,” Will said. “It was really big.”

During this time Drew was taking notice and pushing himself to match what his older brother was doing because he also had dreams of playing Division I baseball.

As a freshman, Drew has come a long way himself. He too is the No. 1-ranked player in Minnesota for his class and ranks 103rd overall and 17th among catchers nationally. Drew is beginning to get calls from colleges as well.

“It helps a lot having my brother as a catcher as well,” Drew said. “I look up to him and since my dad was a catcher he pushes me and tells me what I’m doing wrong, it helps a lot.”

The Rogers boys have big things ahead of them in their future but for now they are focused on finishing out the season strong. The Mustangs are playing well as the postseason gets closer and with this being the last time all three will be on the same team before Will goes to college they are ready to make a long playoff push.