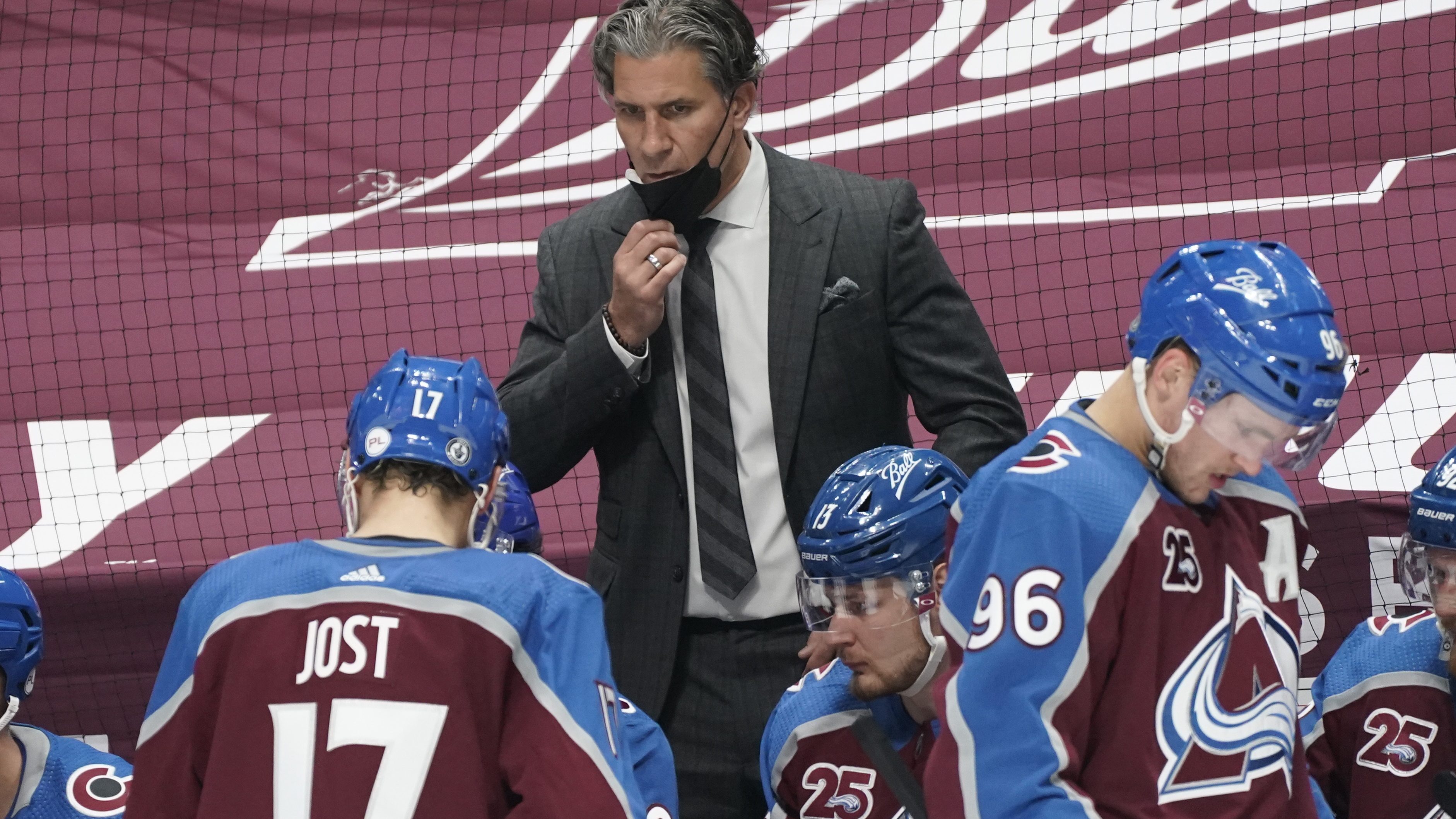 Coach Jared Bednar missed the Colorado Avalanche’s morning skate in Las Vegas on Thursday after what the team called an “irregularity” in his COVID-19 test.

An Avalanche spokeswoman said Bednar was not at the arena because of the virus testing snafu. It was not clear if Bednar will be behind the bench for Game 6 Thursday night with Colorado facing elimination against the Vegas Golden Knights.

“We’re thinking he’ll be back tonight,” forward Joonas Donskoi said. “If not, we know what to do.”

Defenseman Devon Toews said the rest of the coaching staff ran the team’s gameday practice and bristled at questions about Bednar’s potential absence for the most important game of the season.

“It was pretty much business as usual,” Toews said. “There’s nothing to it, guys, in that standpoint. We come to the rink, we prepare for the game tonight. If we have Jared, we have Jared. If we don’t, we’ll prepare for that, as well. We’re ready to go as a group and we’re excited for the challenge.”

This is not the first time the NHL playoffs has gotten a virus testing scare. A laboratory error caused multiple false positives for the Golden Knights and St. Louis Blues during the first round.

Deputy Commissioner Bill Daly earlier in the playoffs said nine of the 12 U.S.-based playoff teams had reached the fully vaccinated threshold of 85% of the traveling party to qualify for relaxed protocols. The defending Stanley Cup champion Tampa Bay Lightning are the only team of the four left in the U.S. to confirm full vaccination.

The Montreal Canadiens are close to joining them after players got their second vaccine doses Wednesday.

Montreal will face the winner of the Vegas-Colorado series, with Tampa Bay going up against the New York Islanders in the third round for a second consecutive year.