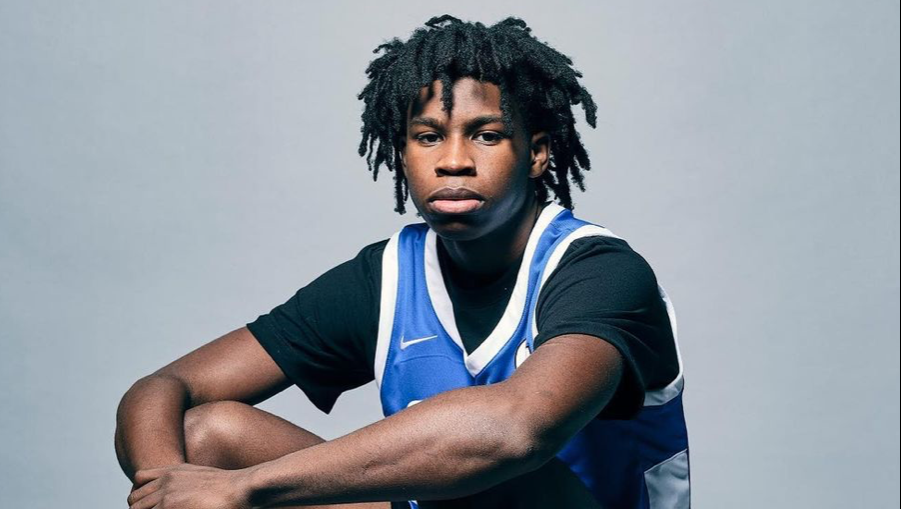 BRONX, N.Y.  (BVM) — Dayton Flyer fans will be excited to welcome freshman Malachi Smith. Starring for St. Raymond High School in New York City, the 6-foot-0 point guard will contribute right away. Smith is a hooper. He looks to drive to the rim and score, and if help comes, he excels at dishing it off to teammates. In addition to his playmaking, Smith succeeds shooting threes off the catch. He also defends at a high level, locking up the opponent’s best players and using his energy to cut off passing lanes. In a conversation with 247sports, he called himself an “all-around player,” with his penchant for making hustle plays supplementing his ability to score and facilitate.

Smith had an accomplished career in the New York circuit. During his sophomore season at St. Raymond High School, his first on the varsity level, he averaged 10.3 points per game, fourth on the team. In his junior season, he separated himself from the competition, averaging 19.2 points, 8.0 assists, and 5.2 rebounds, helping St. Raymond clinch the 2020 New York Catholic High School Athletic Association AA regular-season championship. For his efforts, Smith was named AA First Team All-CHSAA and Third Team All-New York.

Away from high school, Smith gained recognition playing for the AAU program the New York Gauchos, and Bronx summer tournaments. Playing for the Gauchos since grade school, it was only after averaging 9.3 points per game on the Under Armour Circuit following his sophomore campaign where he received interest from Power Five schools. This fall, he made first-team all-tournament and was the MVP of the Gauchos Roundball Classic, a thirty-two team tournament featuring New York City’s best high school talents. Featuring in Bronx summer tournaments, he competed in the Dyckman under nineteen summer league at age sixteen and contributed to Team Dyckman’s NY vs NY championship in 2019.

While Smith had offers from higher-echelon schools such as Georgetown, Rutgers, and Oklahoma State, he always felt a connection to Dayton coach Anthony Grant and his staff, who offered Smith his sophomore year. During a podcast appearance with former West Virginia guard Darryl “Truck” Bryant, Smith said he primarily chose Dayton because of playtime opportunities and player development. Under Coach Grant and his staff’s guidance, Obi Toppin was a top ten pick, forward Kostas Antetkounmpo was a second-round pick, and 2019 grad Josh Cunningham plays professionally in New Zealand.

Dayton lost key contributors from their 2020-21 team. Leading scorer Jalen Crutcher declared for the NBA draft and guards Ibi Watson, who made third-team all A-10, and fifth-leading scorer Rodney Chatman both graduated. Elijah Weaver is the returning guard who played the most last season, averaging 22 minutes per game and scoring five a game. Dayton also returns R.J. Blakeney and Koby Brea, who combined for just under eight points per game. Interestingly, Smith and Brea played together with the Gauchos. Speaking to 247 Sports, Smith suggested that Dayton’s coaches will allow him to “play through [mistakes] and learn how to be a great player.” With the lack of established guard depth on Dayton’s roster, the electric playmaker will play importation rotation minutes.

The 6-foot-0 guard is a hard worker and a team player. He can take his man off the dribble, makes the right passes, and relishes defending the opponent’s best player. Smith has always risen to the competition, whether playing against older competition as a sixteen-year-old and in an appearance with the Beyond the Journal Podcast, he said that during the pandemic he practiced and held his own against college graduates such as Isiah Whitehead and Desi Rodriguez. This work ethic and drive will make him a great contributor to Dayton’s basketball program.