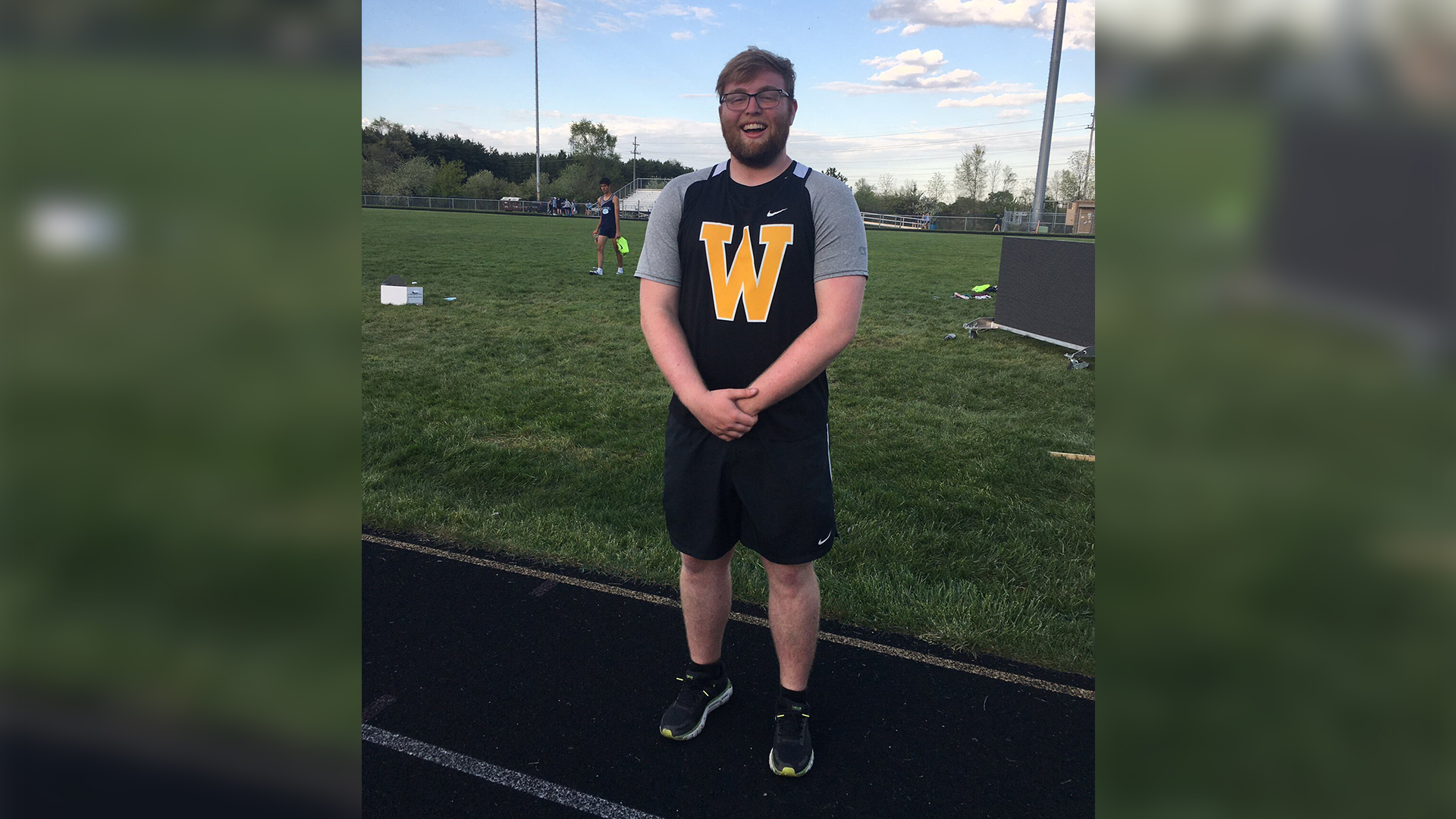 AUBURN, Mich. (BVM) — Justin Doty had been waiting his entire senior season for one record-breaking throw. In the last chance he had, Doty impressively made it happen.

Throughout the season, the talented track and field athlete was pursuing the Bay City Western all-time long discus throw of 178 feet, six inches. The record was set in 2012 by former Warrior and Michigan State Spartan basketball player, Matt Costello.

Doty was dominant throughout the spring season, helping the Warriors to their 12th consecutive title at the Bay County Track and Field Championships. The senior earned conference titles in both the shot put and discus. But at the time, his long throw on the season was at 175-4.5.

That all changed at state, however. After placing in the top 15 in both the shot put and discus as a sophomore, Doty was determined to do better. Motivation was added after he never had the chance to compete at state last spring as a junior.

It would come down to the final throw of this season for the talented track athlete, but Doty saved his best for last, hurling a toss of 178-7, breaking the school and Bay County record by just one inch. With the toss, Doty also earned a third-place overall finish at state.

178-7 for Justin Doty on his final throw in the discus to place 3rd at the State Meet. PR and breaks @MattCostello10 ‘s record by 1 inch. Great job J-Dot. On to the shot put.

The talented Doty capped his high school career perfectly, and will soon start a new venture when he becomes a track and field athlete at Grand Valley State University (GVSU) this fall. He will follow in the footsteps of many great athletes from the Doty family, including his brother, Adam, who is a hurdler at the University of Illinois-Chicago.

Justin’s grandfather, Al, was also a football coach at Bay City Western in the early 1990s. Meanwhile, Justin’s father, Garrett, was the 1994 Golden Helmet award winner for the Warriors. Justin will look to continue the family success at GVSU, but has already made many proud in his final moments as a Warrior.