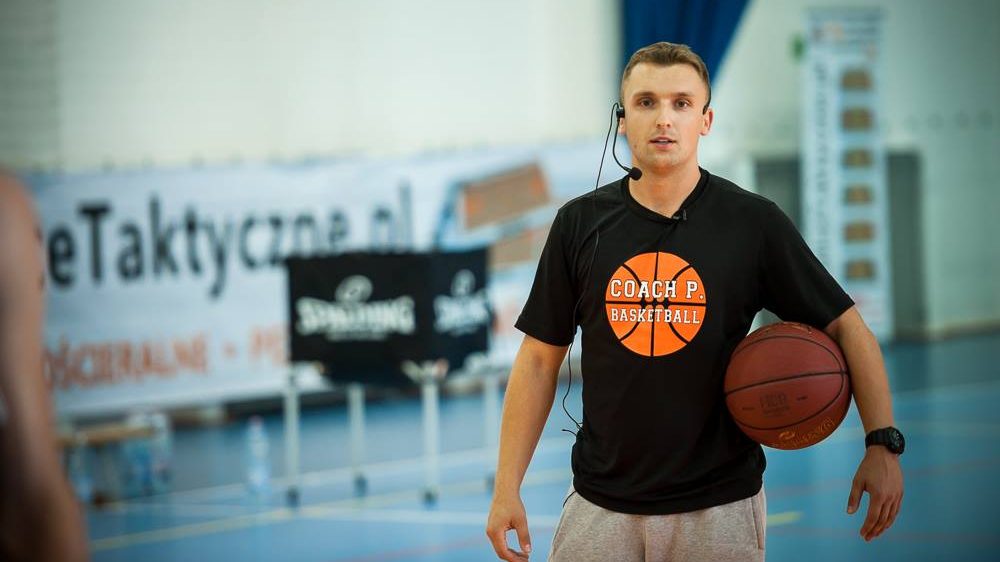 MELBOURNE, Fla. — Patryk Janiszewski aka “Coach P” is known throughout Brevard County for teaching young athletes how to play basketball and to better their skills. He doesn’t teach out of a traditional gym or on an outdoor court. In fact, his training center is two warehouses joined together off of Pineda and Wickham Road. Not your typical set up but it works for him and for his athletes.

Coach P was born and raised in Poland and moved to Brevard County in 2013. A high school and college basketball player in Europe, he holds a degree in education. In addition, he has a master’s degree in sports with a major in basketball, as well as a FIBA coaching license he obtained while in college.

He started training young athletes because when he was growing up, there were only a few coaches who taught basketball. These coaches also showed the athletes different drills to improve their skills. Until just a few years ago, basketball players would only work on their game during team practices. Saturday morning practice would normally be a shooting practice but footwork, ball control, decision-making, or passing, were worked on very seldom.

This started changing as he was graduating from college and skills training was beginning to be incorporated into the sport. When he moved to Brevard, he decided to combine his degree and knowledge in education with his passion for basketball, and Coach P. Basketball was born. With this business, he has been able to work on 5 continents, along with a few thousand players from 6 year olds to pros and a few hundred coaches from youth coaches to professionals.

In addition to the athletes he works with daily, he is currently training a pro player in his facility for the next few weeks before going to play in South America. Coach P has also worked with an athlete who was in the summer league with the Philadelphia 76ers and another player who plays in Germany. Additionally, he has worked with a few Polish pros and a few dozen college players. Coach P says, “It feels amazing knowing that players and parents trust me, and put their futures in my hands.”

As any coach does, there are different goals with the athletes he trains. The young ones, he wants to see them be able to go to college on an athletic scholarship. His goals for the pros are for them to have a successful season without injuries. Lastly, his goals for everyone is to be better after the session than before.

Coach P has a great coaching philosophy: “Education, Execution, Experience. As well as KEEP IT SIMPLE.”

As an educator by trade, he truly believes in teaching and not just drilling. Drills are good, but they have to make sense to the coach and the players in order to be effective. He says that unfortunately most players don’t know the “why” behind what they do, and they just keep on drilling and drilling without any success. Sometimes when he trains others, he wonders if he maybe talks a little too much. However, his main goal is for the players to understand the “why” behind every step they take. Once the player knows the “why” it’s easier then to execute and gain experience.

The last part of his philosophy: Keep it simple. He knows that people involved in basketball have seen all the circus drills from the Instagram coaches. Coach P says that unfortunately most of them “are just a whole bunch of nothing.”

“Over the years, I have simplified my training methods to the very minimum focusing only on essentials of basketball – footwork, ball control, decision making, and basketball IQ, shooting and passing” he says.

Coach P has about 35-40 training sessions a week and he is a one man show. Working about 60 hours a week, when he has free time, he spends it with his lovely wife of seven years, Hillary, and their 2-year-old dog, Joey.

Coach P is a coach with a lot of passion for the sport but also in developing players, and helping young athletes keep pushing past where they thought their limits were. If you want more information about Coach P. Basketball, check out: www.CoachPBasketball.com, www.Facebook.com/CoachPBBall, www.Instagram.com/CoachPBBall.