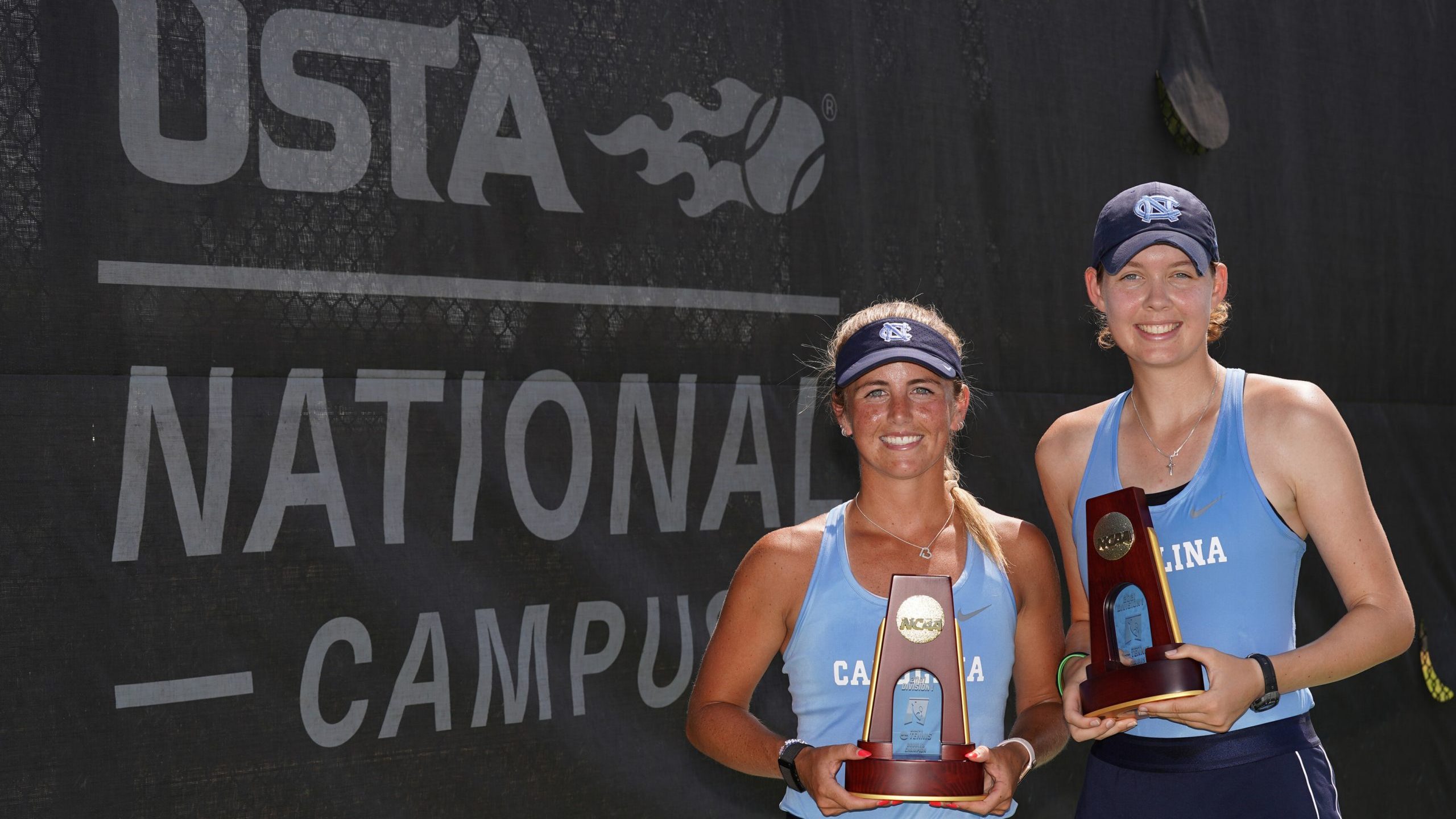 CHAPEL HILL, N.C. — Makenna Jones and Elizabeth Scotty won a national title for Tar Heels. The two women’s tennis players participated in singles and doubles championships individually and as a team, respectively. However, they were unbeatable in either category, eventually bringing home an NCAA doubles title for the University of North Carolina. This was a huge win against the University of Texas and the Tar Heels are now creating space for a championship trophy.

Jones and Scotty went against dozens of players throughout regionals and won without breaking a sweat. After the NCAA regionals, the players flew to Florida for the national championships. The team was able to bring down worthy opponents like California and Duke in the round of 16 and quarterfinals, respectively.

In the finals, the team was up against the formidable No. 19 ranked duo of Kylie Collins and Lulu Sun for the Longhorns. The UNC women’s team fell behind 3-0 in the opening set, however they won the next three games to force an exciting tie-breaker round. After an exhaustive and worthwhile round of back and forth, Jones and Scotty would win the set by winning seven of the final eight points in the set. The Texas duo would come back in the second set with a 6-4 win setting up the pivotal Super breaker.

In the Super breaker, the two teams would go blow for blow with the match tied at eight a piece. However, Jones and Scotty would win the final two points of the breaker to secure the victory, winning just the second-ever NCAA doubles title for Tar Heels.