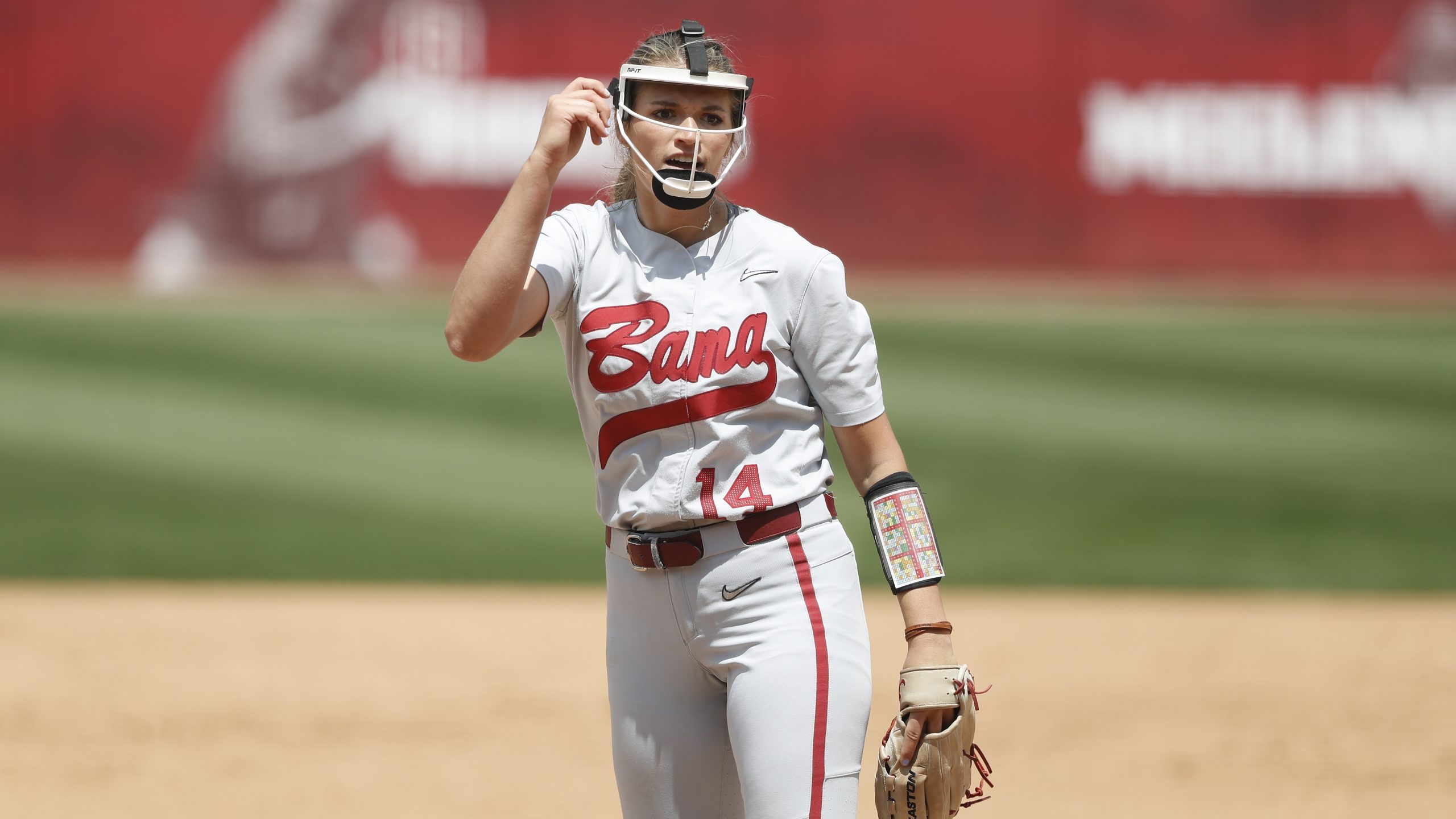 Alabama junior softball pitcher Montana Fouts was once known for her dominance in the circle at East Carter High School in Grayson, Ky. Now, the pitcher is better known for her perfect game against UCLA during the 2021 Women’s College World Series and hopes to build on that reputation. (Photo: Evan Pilat; Courtesy: University of Alabama Athletics)

GRAYSON, Ky. (BVM) — Montana Fouts is proud of where she comes from, that is clear from the first moment one talks to her.

It didn’t take long for Fouts to establish herself as a star in the small town of Grayson during her time at East Carter High School. While the state may be known for its infatuation with the sport of basketball, the East Carter community always came to support its standout teams and that was the case for Fouts and her Raiders team.

“They do love basketball, but when someone from here loves something they make sure that they’re getting the best so I am proud to be from here,” Fouts said.

Though she had so many successes, that’s not what she appreciates most from her time at East Carter.

“I think it was more focusing on the end of the year team goals every year and not as much on the individual,” Fouts said. “I think the biggest part of all the success was building all the friendships. … Having that relationship and being so close, I’m still best friends with girls I used to play softball with, I think just having that makes it more fun. The relationships are the best part and best thing about it.”

By the time her high school career with the Raiders was finished, Fouts had made history posting 111 career wins with 1,483 strikeouts, 77 shutouts, 25 no-hitters and 15 perfect games while setting KHSAA single-season records for perfect games with nine, no-hitters with 14 and  ERA with 0.16.

“Those records and stuff don’t happen without our team practicing and working really hard and winning games so I have to give credit to each of those individual teams every year,” Fouts said.

As a rising senior for the Alabama Crimson Tide, Fouts may end her career in Tuscaloosa with similar levels of dominance and acclaim.

Fouts is likely most recognized for what she accomplished on June 4. That day, on her 21st birthday, Fouts would ironically put down 21 straight UCLA Bruins during the College World Series, becoming just the fifth player to ever pitch a perfect game in the tournament and the first since 2000. The moment is one of the most memorable of the entire 2021 CWS and rightfully so as Fouts was simply magical during the game.

“I was just taking it pitch-by-pitch and I wasn’t going to let anything get to me and if they did get on I was going to say ‘so what?’” Fouts said. “The year before they beat us pretty bad and so I think everything came full circle for that moment and I am glad to do that with our team and get the win so I think that will give us a bit more experience for next year.”

Although she would allow seven runs in her next appearance against eventual national runner-up Florida State, Fouts’ legacy in CWS history had been cemented. It will be a game where Alabama fans will remember where they were when Fouts obliterated the Bruins. That alone will make Fouts unforgettable in Crimson Tide lore, but she had already been long remembered in Grayson.

“I have a great support group and everybody from home and everyone I’ve seen they’re supporting and watching and they care,” Fouts said. “That’s probably the happiest [thing for me] because they love sports so I appreciate all the support from that.”

The tournament capped off a fantastic year for Fouts in which she would be named a unanimous first team National Fastpitch Coaches Association All-American and the 2021 Schutt Sports/NFCA Division-I Pitcher of the Year after she went 27-4 with a 1.61 ERA and led all pitchers in the country with 349 strikeouts, throwing double-digit strikeouts in 22 games and earning SEC Co-Pitcher of the Year and SEC Tournament MVP as the Crimson Tide won its sixth tournament title.

“I’m very thankful and I’m grateful for the award,” Fouts said. “I’m just grateful to represent Alabama if anything. I think it represents more as a team than an individual if anything because I’m not going to get it if we’re losing or not winning games so if anything I’m just happy to be able to represent the team.”

While Fouts may have become a national name with her game against UCLA, she has been doing this since she was a young girl in Kentucky. With at least one more year with Alabama on the horizon, softball fans will have to see how bright this star can shine in the near future. Though she may not have a national championship yet, with the way she can play, Fouts makes the Crimson Tide a team to watch in 2022.

“I’m excited to have a new team and build back all those relationships, I think that’s how we’re going to start it, and the game is going to take care of itself,” Fouts said. “We’re going to work hard, build relationships and we’ll see [what happens].”

Alabama softball, I am thankful to love something and these people so much to hurt so bad. After a year of adversity we grew into stronger people, which from this I know we will too. I’m faithful God will use this, we will be better. I love this family. Let’s get back to work. pic.twitter.com/bUY3qINDSc